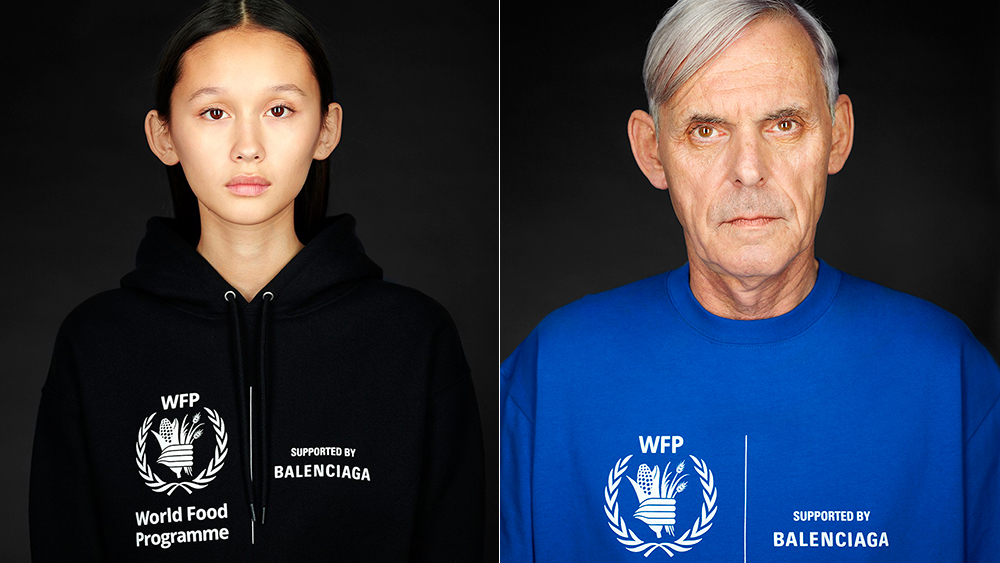 Food security, and the lack thereof, is an issue that affects hundreds of millions of people in every country on Earth. It’s a problem so vast that it can seem discouraging to even attempt a solution. But Balenciaga’s Demna Gvasalia is trying to provide aid for the battle against hunger with the latest installment of his ongoing collaboration with the World Food Programme.

Balenciaga began its partnership with the WFP last March during the label’s fall 2018 show in Paris where it included the select merchandise among its usual wares. After that initial success, the brand is introducing a new assortment of hoodies, gloves, hats, shirts and underwear with proceeds going directly to those in need.

The fashion house made an initial donation of $250,000 to the organization when the relationship began and emblazoned a wide range of apparel and accessories with the WFP’s gain-inspired logo. At the time, the sale of one windbreaker was enough to provide 100 families with crisis kitchen sets while even a simple baseball cap could supply 200 packets of high-energy biscuits to those requiring relief.

Gvasalia is switching things up a bit with this collection using a mix of the WFP’s logo on some pieces and combining it with Balenciaga’s on others. It is all in support of the WFP’s stated goal of ending world hunger by 2030.

A branch of the United Nations, the World Food Programme was founded in 1961 to deliver food assistance to those in need. Today, it operates in 83 countries and helps 86.7 million people each year. The scope of its work is staggering, but it remains in dire need of support given that the World Health Organization estimates 820 million people did not have access to enough food in 2018. This figure is up from the 811 million people who did not have adequate food the year prior. The number of those going hungry has increased annually for the last three years.

Shop the collection when it drops in Balenciaga stores and a dedicated e-shop next month.