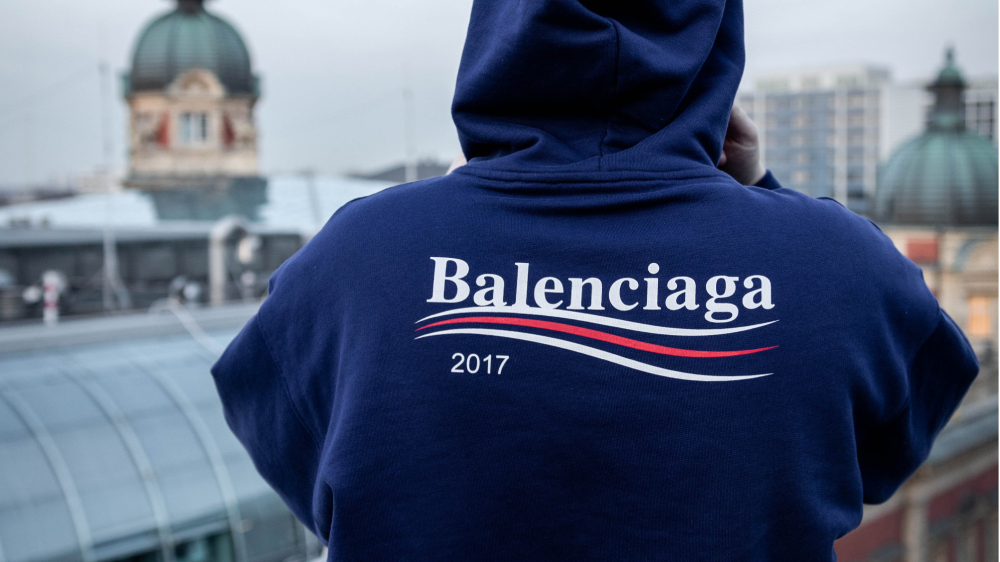 The Balenciaga of 2020 may be best known for its graphic hoodies and technical footwear, but the heritage brand is returning to its couture roots––and inviting men to that rarefied world for the first time.

Demna Gvasalia, Balenciaga’s creative director since 2015, first announced his intention to relaunch official haute couture in January. The proclamation caused a stir; the French luxury house hasn’t produced that variety of exalted clothing since the Spanish founder, Cristóbal Balenciaga, shuttered his design studio in 1968. However, the industry’s interest in the endeavor was peaked even further when Gvasalia said in an exclusive interview with WWD published on Monday that the couture collection will include menswear.

“I think men came to the point that they want to wear couture as well, and I know that we have some customers that will love that,” Gvasalia told the trade. “I want to kind of erase the gender identification of couture being only for women, or only for older women who have money to afford it.”

Could Demna Gvasalia propel fashion onto another new path with his haute couture debut next year? https://t.co/1LGgRJAtg3

This move represents a continued breakdown between the lines separating men’s and women’s fashion, which has eroded rapidly in just the past few years. For over a century, most Western menswear has been dominated by the tailoring traditions of Britain and Italy, while womenswear has taken a decidedly fashion-forward approach to dressing. Gvasalia would not be the first to introduce men’s haute couture––John Galliano at Maison Margiela and Bouchra Jarrar have both made menswear or unisex clothing a strong presence in their recent haute couture collections––but he has the potential to move the needle more than his predecessors. Balenciaga has a strong brand presence with a design ethos that’s managed to ride the line between streetwear and more glamorous evening attire while remaining highly Instagram-able. Its loyal following and dedicated customers are sure to take particular interest in the project.

While tackling the myriad regulations necessary to make a true haute couture collection––something oveseen by a formal governing body––and finding the skilled artisans necessary to bring it to life remains enough of a challenge for most brands, Balenciaga faces an additional hurdle: legacy. Cristóbal Balenciaga was widely considered by his peers to be the greatest among them. Charles James considered Balenciaga his only real competition, Christian Dior famously said Balenciaga was “the master of us all” and Coco Chanel referred to him as “a couturier in the truest sense of the word… The others are simply fashion designers.” We’ll have to wait until July 2021 to see how Gvasalia reinterprets that inheritance for the future.