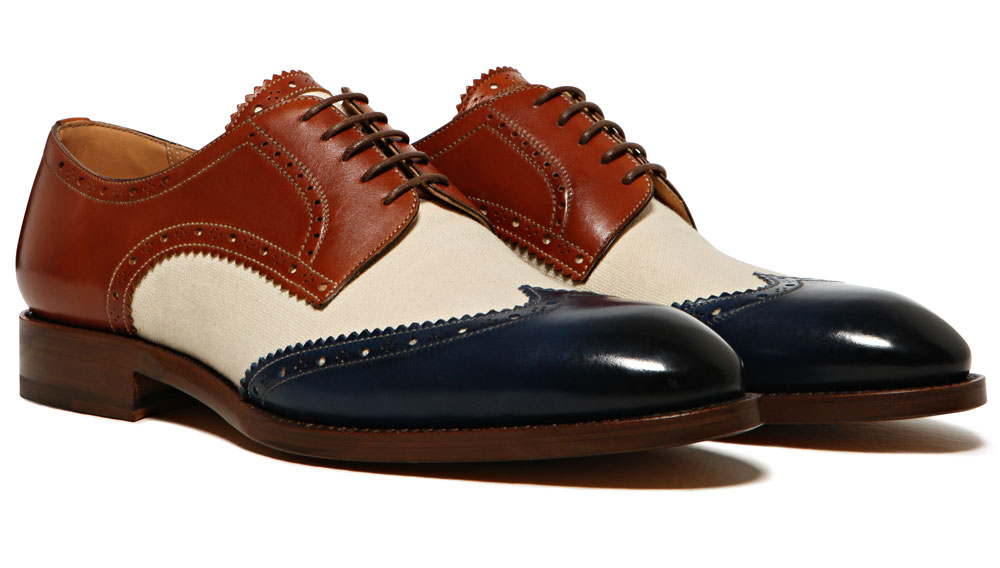 While visiting Paris in 1851, a Swiss ribbon salesman named Carl Franz Bally picked up a dozen pairs of ready-made shoes as a gift for his wife. When only two actually fit, she insisted he return to France for more. Instead, Bally began the process of converting his Schönenwerd facility into a shoe factory and within a few years found his designs among the most sought-after in the world. It would take another century for Bally’s grandson, Max Bally, to turn the Swiss company into an international luxury brand after he created the company’s most iconic shoe, the Scribe, named for the Hotel Scribe, where he stayed during his own 1951 visit to Paris.

A classic dress shoe with a superior Goodyear-welted sole construction (a stitching technology invented in 1869 that allows a shoe to be re-soled), the Scribe quickly became the foundation of the Bally label. Now Bally, which was recently acquired by the Swiss-owned Labelux Group headed by Berndt Hauptkorn, is introducing Scribe Made-to-Order, a bespoke service that allows the client to select his own last (the form on which the shoe is made) and to choose among 14 distinct leather varieties—from calfskin to crocodile—to achieve a level of personalization never available from Bally in the past. Scribe Made-to-Order shoes, which require more than 200 production steps and range in price from $995 to as much as $14,000 per pair for exotic skin models, also incorporate several distinctive details, including hand-hammered nail construction and a metallic Bally crest embedded in the soles. The company plans to follow up the made-to-order program next spring with the launch of Scribe Legere, or Scribe Light, a $795 ready-made shoe with a featherweight sole.

“It’s the lightest Goodyear-welted shoe we’ve ever created, and we were inspired by the late 1940s, early 1950s, when people started to travel a lot and needed to pack light,” says designer Graeme Fidler, noting how the upper is made from a super-soft leather with a rich, almost transluscent patina, while the sole is a composite that renders the shoe lighter than air. (212.446.3930, www.bally.com)