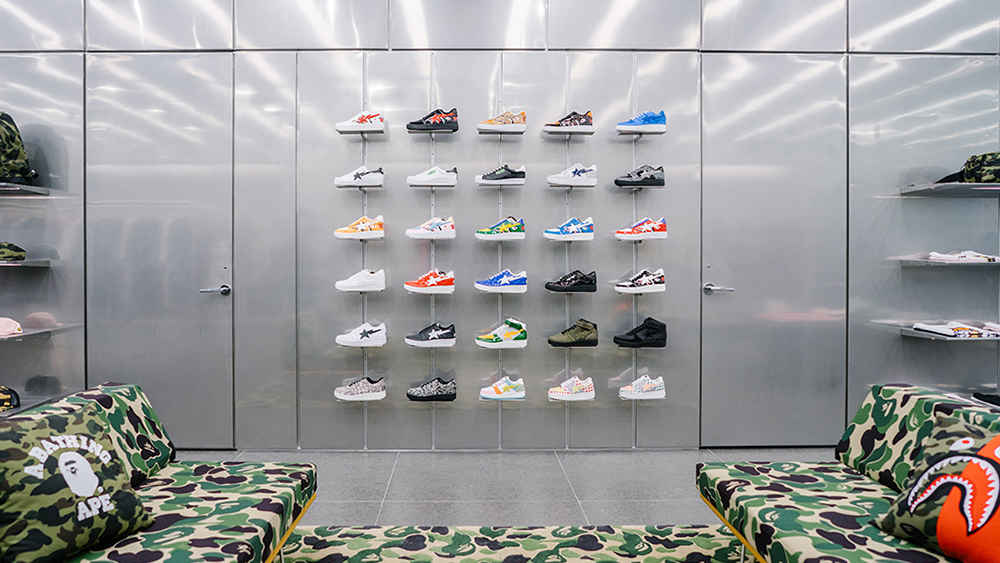 With 17 years of NYC retail experience, A Bathing Ape has opened a new Bape store in the Big Apple, a 1,665-square-foot space located at 163 Mercer Street.

Inside the store, A Bathing Ape will offer what it is calling “an elevated expression of the brand like never before,” featuring an LED wall and six life-size Teriyaki Boyz figures behind the tempered glass display window at the entrance, mirrors adorned with the Bape Line Camo pattern that surrounded the hanging racks along the wall and custom Bape x Modernica camo sofas in the center of the store.

Inside the store, Bape will stock the latest seasonal apparel, footwear and accessories, as well as collaborative products.

To date, A Bathing Ape has more than 30 stores globally, with locations in China, France, Japan, Korea, Malaysia, Singapore, Taiwan, Thailand, the U.K. and the U.S. (Bape’s original NYC door at 91 Greene Street was taken over by designer Eric Emanuel in April.)

Check out more images of the store below.