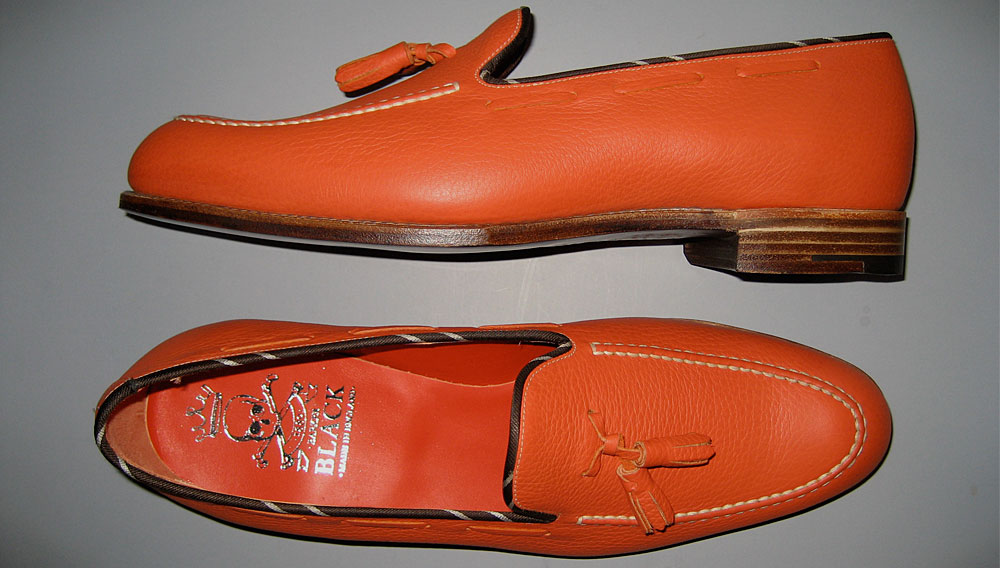 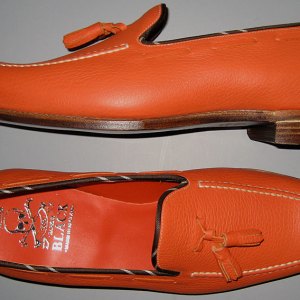 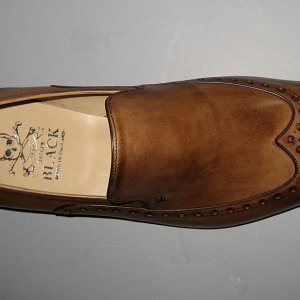 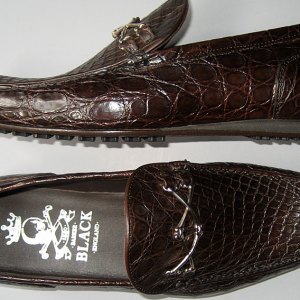 An offshoot of Barker, a classic men’s shoemaker operation out of Northamptonshire, England, since 1880, the more contemporary Barker Black line is the brainchild of Derrick and Kirk Miller, American brothers who didn’t believe the U.S. needed another traditional men’s shoe brand and convinced the third- generation owners of Barker to let them do it their way. The result is a collection of sleek, sexy footwear with slightly subversive detailing, particularly the subtle skull and crossbones motif that, although difficult to see, almost always appears somewhere on the shoes. Although the shoes are still produced in Barker’s Earls Barton factory, they are mostly made from vintage lasts from the 1930s and 1940s, and incorporate sartorial details such as Goodyear welted soles, wooden shanks embedded in narrow London waists—the arch section of the sole—and extra layers of cork between the foot and the sole for greater comfort. Most recently Barker Black introduced a collection of colorful calfskin moccasins, deerskin loafers, and silk paisley slippers to show off the lighter side of men’s casual footwear.

Derrick Miller stumbled on the skull and crossbones motif that is now Barker Black’s signature while doing research as a conceptual designer for Ralph Lauren, who once used the symbol on a pair of slippers. The original emblem, along with the motto “Death or Glory,” was used by colonel John Hale of the British cavalry as the symbol for his newly formed 17th Regiment of lancers, also known as the Light Dragoons, in the 18th century.