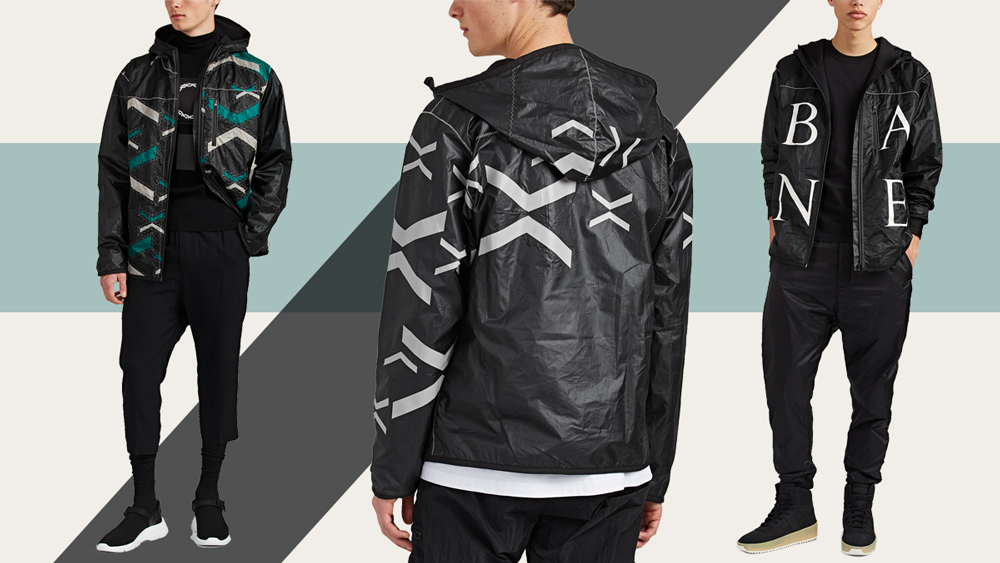 “We have been enjoying so much of nature through sports that it’s time to give something back,” explains Renzo Mancini. And that is exactly what Mancini—a former pro kitesurfer—and his wife and business partner Eirinn Skrede (who cut her teeth in the Scandi clothing design world) have done with ExKite. “The idea was to give a second life to the kite sails that I used competing, and to not throw that huge amount of material away,” he goes on. Since 2006 the brand has been doing just that—upcycling pre-flown kites that would otherwise find their way into landfills into slick, sporty one-of-a-kind outerwear made in Italy. Now, with the athletic-inspired gear and clothing made from recycled materials like water bottles making their way further into the mainstream, the small brand has taken off. And a new capsule collection done in partnership with Barneys is only further proof of the wind in the company’s sails.

The collaboration began a year ago when the luxury retailer commissioned two custom surf kites to be put to the test around the world before Mancini and Skrede could get their hands on them. The kites, emblazoned with the ExKite and Barneys logos, set off from Sardinia before letting the wind and water whip them in professional races and competitions held off the shores of Los Angeles, San Francisco, France, Spain, and Norway. “Barneys understood who we are and what we want to communicate,” says Mancini. “They gave us the possibility to express ourselves and the brand, in exactly the way we wanted to.” The resulting collection, which consists of four unique jackets ($795 each) made after the kites returned to Sardinia, does exactly that—mixing Barneys’ iconic branding with ExKite’s streetwear DNA into surprisingly wearable styles. Each features the same clean-cut windbreaker shape, a remarkable consistency achieved by piecing together different parts of the kites into an almost quilt-like pattern using bold white zigzag stitching. That stitching also serves to highlight the various parts of the kites, including the B, A, N, and E of Barneys’ logo to the stone-gray and turquoise Xs of ExKite’s, accenting the unique patina they picked up on their lap around the globe. 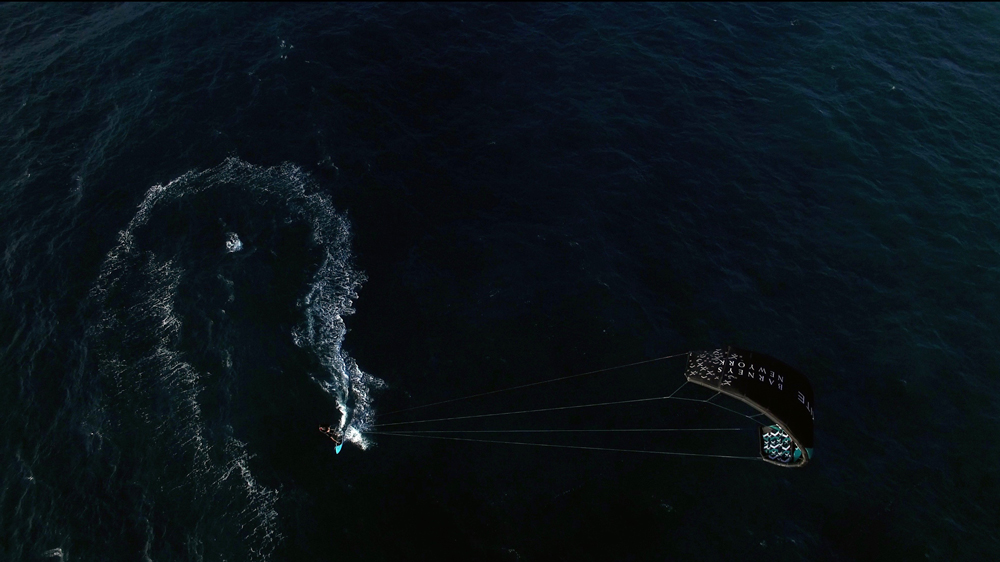 In addition to the graphic windbreakers made from those two sails, the ExKite x Barneys collection also features limited-edition jackets, parkas, and vests made from the brand’s stock of retired kites. Unlike the styles made from the Barneys’ kites—which feature a relatively demure palette of black, gray, and blue—the rest of the collection is a riot of color: a bomber jacket is a mash-up of kelly green and lilac; slim vests feature splices of a flowing red-and-white floral pattern; and a batwing parka still features the flashy aquamarine logo of the team it once belonged to (the story of each kite is neatly stitched on the inside of each style). Though each is undeniably bold, nothing veers too far into the realm of streetwear to feel intimidating. They work equally well chucked over your thickest cashmere sweater and wool trousers to brave the elements on wet winter days (after all, those kites are made to withstand far more than a spot of rain) as they would with your off-duty wardrobe.

This kind of versatility is key to ExKite’s larger sustainable mission; after all, it’s not exactly eco-friendly to wear something only once. “Every step in the direction of sustainability is a right step,” Mancini says. “We are consumers, but it’s about making the right choices, and supporting the brands that are trying to go in the right direction.” 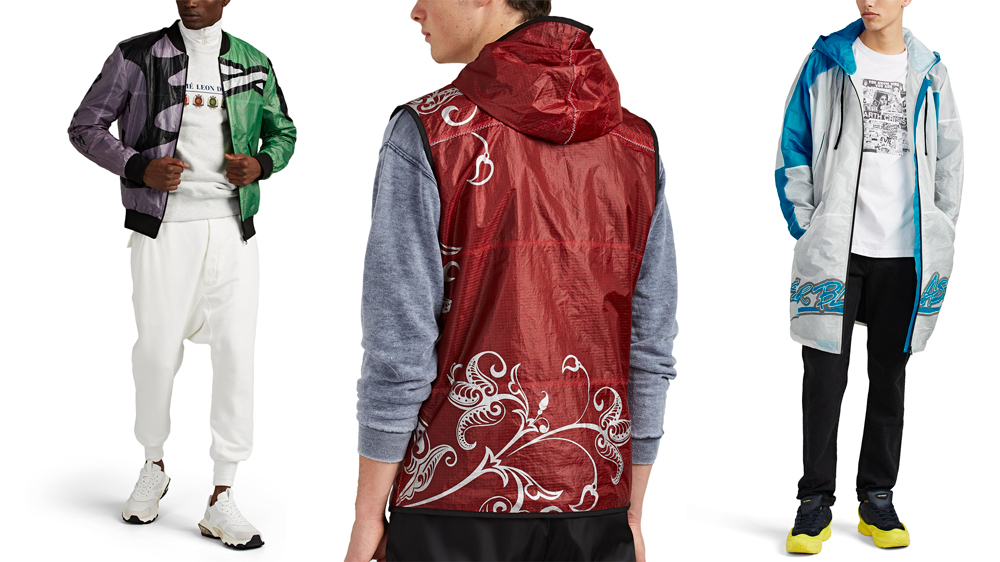