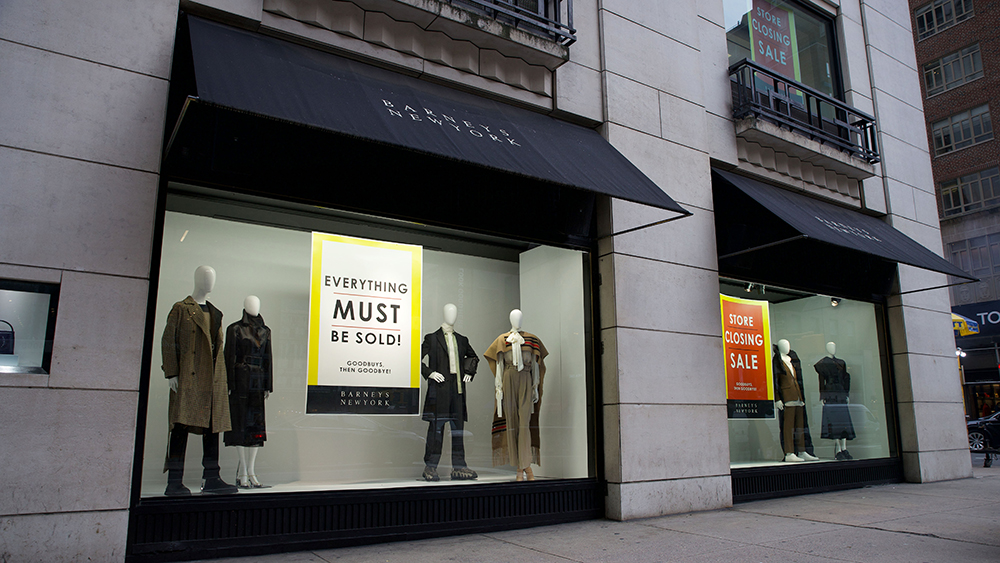 Much of the fashion community is still mourning the loss of Barneys. The singular New York retailer essentially shuttered after failing to find a buyer who would keep its established model in place after rescuing it from bankruptcy. Now owned by Authentic Brands Group, experts surmised that any plans for the brand name going forward would be convoluted. They may have underestimated just how tricky the situation will really be.

ABG is considering a multi-pronged approach, according to a new report from WWD. Taking that tack in any business may be wise, but, in the case of Barneys, it’s a necessity as the deal brokered to finalize its acquisition made the use of its name in various incarnations a quagmire yet to be adequately grappled with.

Purchased in November of this year for a pittance at $271 million, the company’s strongest prospect is perhaps exploiting its name abroad, particularly in China and Korea where it remains a recognizable moniker. Barneys already had a presence in Korea where it made an agreement to sell its private-label designs in 2018.

Jamie Salter, ABG’s CEO, gained a great deal of attention, little of it positive, when a video of him asking ‘fans’ on social media where Barneys should go next began circulating. “Where should we take Barneys next? To Russia?”, it recorded him saying. It appeared to many that the business leader was unsure of what to do with his latest purchase, which alarmed some who’d been so deeply connected to the historic luxury emporium.

One retail expert wagered that Salter’s overseas proposal might be the only viable option. “The U.S. is not touching that watered-down nameplate,” the expert said. “It’s all international. That, to me, it’s kind of like, yuk. The reason why is you see these guys [ABG] killing Barneys’ compelling story.”

One of the most controversial schemes is to place Barneys pop-ups in 40 Saks Fifth Avenue stores after brokering a deal with its parent company, Hudson’s Bay Co., including a 5,000-square-foot version in Saks’ New York City flagship. Those could offer an opportunity to continue Barneys’ legacy of introducing the industry to new talent and collaborating with bold designers, but the prospect seems like a watered-down one.

ABG is set to reveal a year-long plan for the massive Barneys flagship on Madison Ave. in February. Its former 275,000-square-foot space has been winnowed down to a mere 90,000. But if it weren’t for the location’s familiar address and enormous scale, you just might miss it. Why? Because Saks remains ABG’s exclusive retail partner, hence, if Saks isn’t involved with the plan (and there’s no indication it is), then Barneys’ name can’t appear above the door. Goodbye to all that.