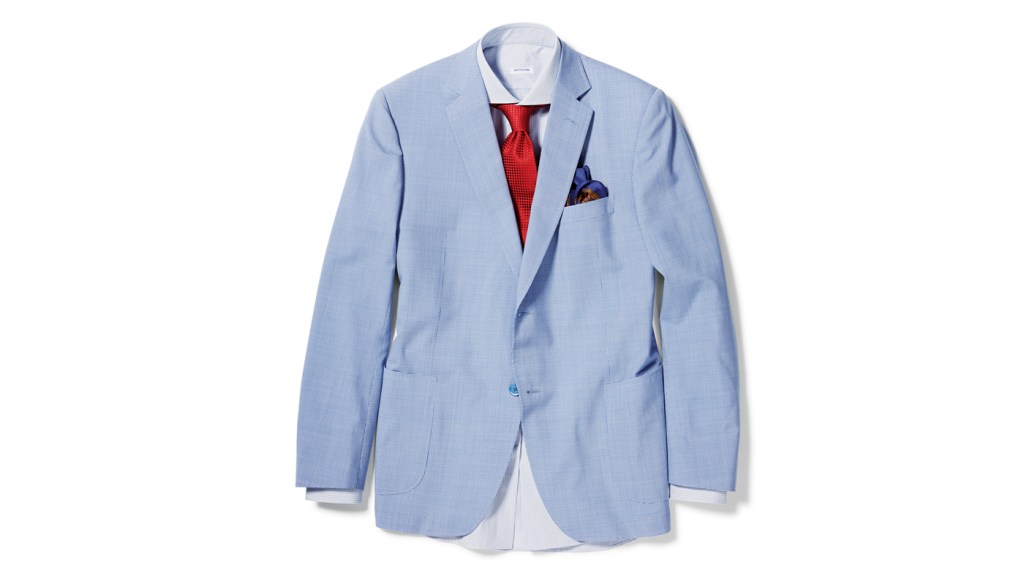 With a history of dressing Hollywood celebrities, such as Humphrey Bogart and Francis Ford Coppola, the Roman tailoring house Battistoni (battistoni.com) has fittingly opened its first U.S. store in Los Angeles, on Wilshire Boulevard at the corner of Beverly Hills’ Rodeo Drive. “When I was 12, I would often stop at the Battistoni shop on the Via Condotti, which had become a second home for the actors that were in Rome to film,” recalls honorary president Gianni Battistoni. Open since March, the store offers ready-to-wear (including the ensemble shown) and houses a by-appointment salon for made-to-measure suits ($3,400 to $8,770).