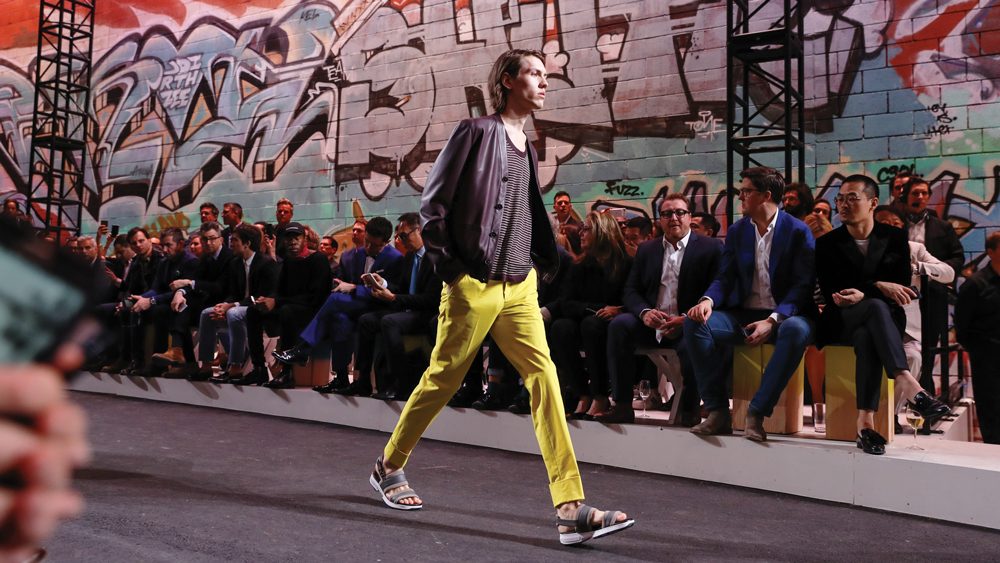 A gentleman’s wardrobe has traditionally been steered by conventional social and professional codes that offer guidelines as to when a suit or sport coat is required or when simply a dress shirt will suffice. Sartorial rules have become more flexible in recent years, but one influential menswear designer has long advocated a more relaxed, elegant style for men that allows them to more fully express their own personalities. That pioneer is Véronique Nichanian, the woman who has been dressing men at Hermès for nearly 30 years. “My credo,” she says, “has always been to offer casual, chic men’s clothes.”

As the men’s artistic director at the French luxury-goods house, she has been bringing a sophisticated touch to more informal clothing for decades. While many other men’s designers command attention for sharp, well-defined tailoring or trendy lines, Nichanian delivers the consistently subtle refinement that has become a signature of the brand she represents. Her understated approach has earned her a reputation for conceiving exceptionally well-crafted, easy-to-wear clothing and accessories in luxurious yet comfortable materials.

In March, the typically reserved Nichanian presided over an uncharacteristically buoyant event to mark the introduction of her spring/summer collection. Motivated by what she calls a “gloomy feeling globally,” Nichanian celebrated her latest line with a blowout fashion show and party for more than 1,200 people in downtown Los Angeles. She said this collection, described as “a manifesto for optimism,” reflects the emerging artistic, colorful spirit and positive energy of the City of Angels.

“My dream is that the clothes I design will make men feel good and charming,” she says. To achieve her goal in the current collection, she relied on light fabrics, comfortable silhouettes, and dashes of vibrant color. “As a designer, one of my roles is to bring a little levity, and I created light garments both literally and conceptually this season.”

Men, she observes, are more receptive and confident in expressing their individuality today, because the conventions governing attire have receded. “Five to 10 years ago, men dressed according to the social codes of what you should wear,” she notes. “But today they have more freedom.”

What men do with that freedom is of principal concern to the designer. Seemingly effortless nonchalance is her aim, but she still insists that her clothing convey a strong sense of style and masculinity—something some casual men’s collections lack. This philosophy is at the core of the family-held Hermès, whose roots are in the equestrian and leather world and whose discreet handbags sell for thousands of dollars without any visible logo but are instantly identifiable among those familiar with the hallmarks of the brand. “Hermès is not a formal way to dress,” she explains. “People have a preconceived notion of Hermès as more formal. I want to show the real side of Hermès.”

The designer herself epitomizes that effortless chic in her own style of dress. In fact, she admits, she often wears clothes from her men’s collection that are tailored to custom-fit her petite frame—exactly the sort of break from conventional dress codes that one might expect from a pioneer of laid-back panache.