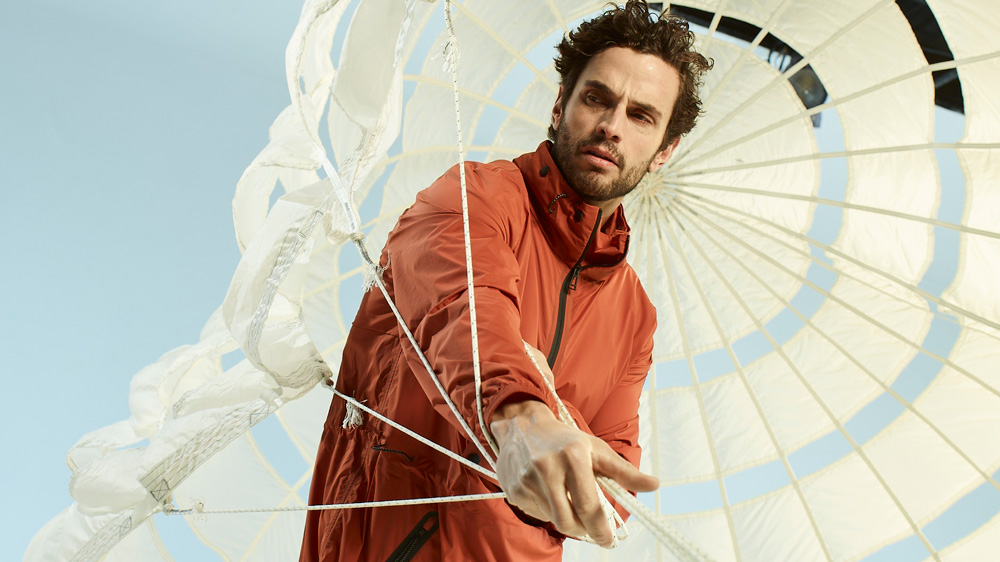 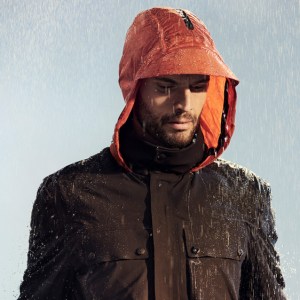 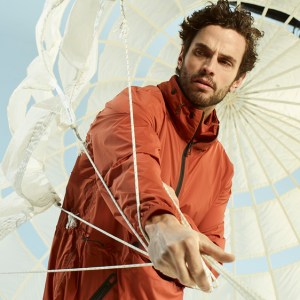 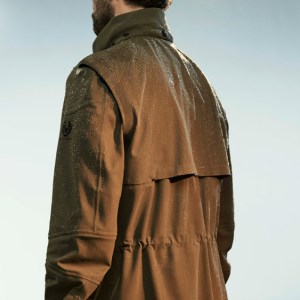 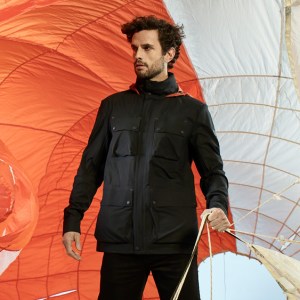 Much like its contemporaries, Belstaff has its roots in performance wear. Founded in 1924, the British outerwear brand built its business designing coats and jackets that could both withstand the relentless English rain and the dirt and rocks that early drivers and motorcycle riders had to face out on the roads. (It recently outfitted the boundary-breaking drivers of the 1,000 mph Bloodhound land rocket.) Now, nearly a century later, the brand has mined this history, taking a deep dive into its extensive archives to find inspiration for the new Origins collection.

The resulting six-piece line (from $350) features thoroughly modern updates to Belstaff’s classic styles, rendering these pieces in innovative fabrics that are waterproof, windproof, and quick-drying while protecting the wearer from harsh UV rays. In short, the jackets are designed to withstand the nonstop pace and environmental obstacles of 21st-century life.

To celebrate the launch, Robb Report sat down with Delphine Ninous—who has just entered her third year as creative director for Belstaff—to discuss the collection and what’s on the horizon for the storied brand.

What inspired you to create the Origins line?

The whole concept of the line was to really think about what our founder, Eli Belovitch, would do today to adapt to the lifestyle of our customer. In the 1920s, he started to manufacture a garment in waxed cotton, which was very advanced at the time and was the first waterproof fabric, really. He came up with an innovative way to align with the lifestyle of the people at the time—you had the first motorbikes and cars then, and people really needed waterproof clothes for all of that.

So at that point, we really looked at how people and our customer have evolved. People are very active now and are traveling a lot, as well—going from one continent to another and from climate to climate. The Origins collection is just what this person needs to get through daily life. It’s light, has some stretch, is packable, but is also waterproof, so he’ll feel good wherever he goes and will still look stylish and sleek.

What vintage silhouettes did you find most inspiring when combing through the archives?

We really started from our iconic Trialmaster jacket, which is definitely at the heart of the collection. It was really important to me that even though we’re using really innovative material that we keep our DNA and iconic silhouettes always in mind.

The orange hooded anorak is inspired by a piece we used to do for the Navy—so we called it the Vapour. We also did another version of the style made of nylon in the 1970s, which was designed for mountaineering. Those two styles I found to be really influential when putting this collection together.

Did the ever-growing popularity of athleisure play a role in the creation of Origins?

Yes, it completely did. It’s true that the different parts of peoples’ lives are blending—they go to the gym, to the office, and all of that—it’s all mixed together. That’s why I looked at the kind of performance fabrics used more in the sports world with a tailoring eye so that the pieces would fit an urban environment.

What piece from the collection should every man own?

Well, I would suggest the Trialmaster Evo because it is really our most iconic silhouette, and it’s in a fabrication that really embodies the whole vision of the Origin capsule collection. Like the regular waxed cotton jacket, you can wear it with a suit but also with denim and boots or sneakers. It really works for both weeks in the city and country escapes on the weekends.

What’s next for Belstaff?

We are going to be launching a made-in-the-U.K. line later this year—Belstaff’s jackets were all made in England in the beginning, so we are quite excited to get back to it. It will be a waxed cotton piece, and because that is a historically British fabric, it feels great to be going back to British manufacturing.