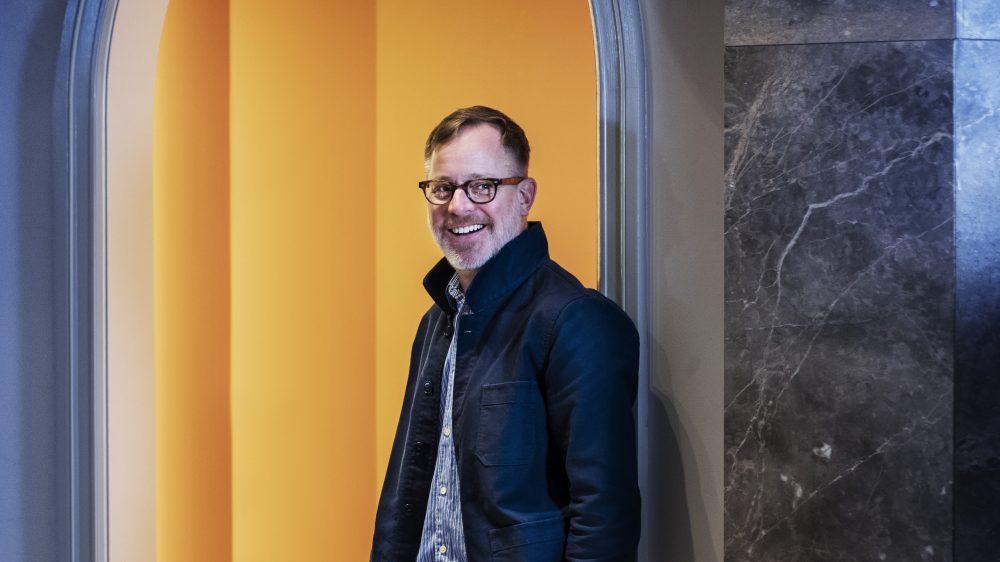 Bruce Pask has been doling out style advice for more than three decades. The men’s fashion director for Bergdorf Goodman and former fashion editor has amassed a legion of followers who regularly stalk his sartorial style on Instagram. And now, he’s taking his authoritative feed—which is flooded with requests for where to find the often obscure brands that make up his singular wardrobe—to RL (you know, real life) with February’s opening of B., a new store-within-a-store stocked with his favorite finds.

B. is “for the guy who doesn’t want to stylistically shout, but wants things that are special, well-crafted,” says Pask. For his faithful followers, the new shop, on Bergdorf ’s third floor, is like walking into his Instagram—or better yet, his closet— only it’s designed in the spirit of a nostalgic general store. Among reclaimed wood shingle panels, Navajo rugs, and succulents is an eclectic mix of Pask’s personal picks, from Z Zegna double-pleated jeans and Want Les Essentiels selvedge totes (his everyday work bag) to Emily Bode’s botanical camp shirts and a collection of go-to grooming products.

B. arrives at a moment when men are, quite frankly, desperate for wardrobe direction. With the customary suit on its way out in most workplaces, and street style waning in popularity (it never really worked for grown men anyway), the new concept shop is like an incubator of modern fashion, perfecting an informal yet polished look with pieces that successfully walk the middle ground. To that end, Pask has tasked some of his go-to designers to create custom versions of classic styles, like Clarks Originals’ woven suede desert boot (which Pask has worn since his teenage years in Yuma, Ariz.) and Closed’s wide pants with a tapered leg in navy and khaki. And in a rare case of social media actually making us more social, Pask also plans to dole out in-person fashion advice at B. “I grew up working in a shop,” he says. “I love interacting with customers and putting things together.” Now that’s what we call engagement.