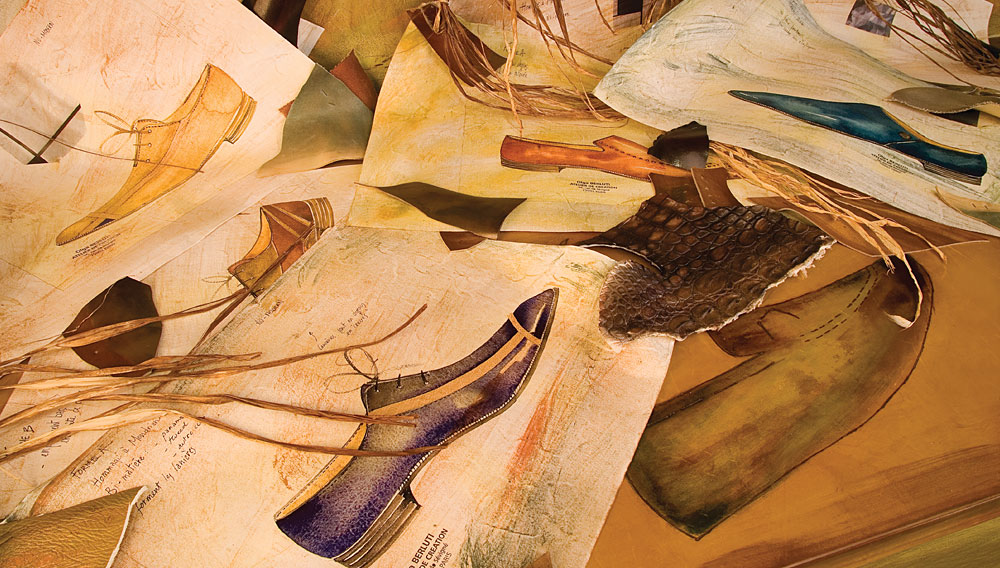 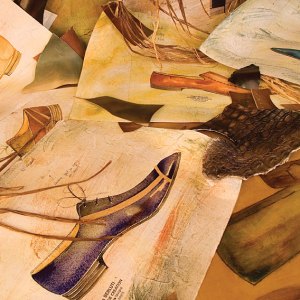 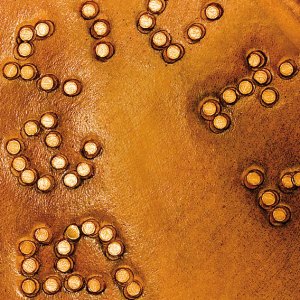 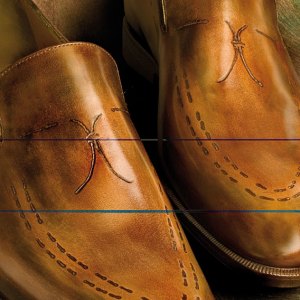 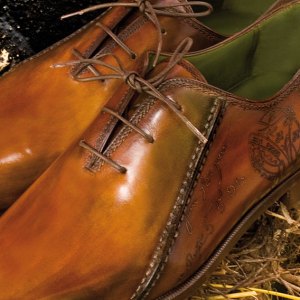 One of the few female custom shoemakers in the world, Olga Berluti plies her craft in a wonderfully ornate atelier in the Marais district of Paris, several blocks away from Rue Marbeuf, where the 115-year-old family business has its flagship. Since joining her cousin Talbinio in the family business in 1959, over the ensuing four decades Berluti has made the business her own starting with the brand’s signature finishing techniques. In addition to her application of vegetable dyes and chemical bleaches to naturally soft “Venezia” leather and bringing out the great depth-of-color gradations to classic black and brown footwear, Berluti constantly experiments with novelty treatments such as tattooing, scarring, and piercing to bring a modern look to otherwise classic designs. She is also a proficient designer, creating numerous model variations over the years, including a pair of Derby lace-ups with unilateral lacing down one side and the elongated loafers she made for Andy Warhol in 1962 that have since become another Berluti signature. Although the company has used canvas as an element of its footwear since the brand’s inception, this spring the look has been revived with its new Tela collection, which includes two-tone canvas/leather and linen/leather loafers and lace-ups that show off the lighter side of Berluti’s talents.

Best customers, including Bernard Arnault, who acquired the brand for LVMH in 1993, are often invited to join the company’s exclusive Swann Club, named for the Proust hero who Berluti says “epitomized elegance and romanticism.” The club gathers frequently at the atelier to learn a few tricks of the trade. Among Berluti’s lessons is how to bathe one’s shoes in dry champagne to allow the fizz to remove wax and restore the shiny finish.