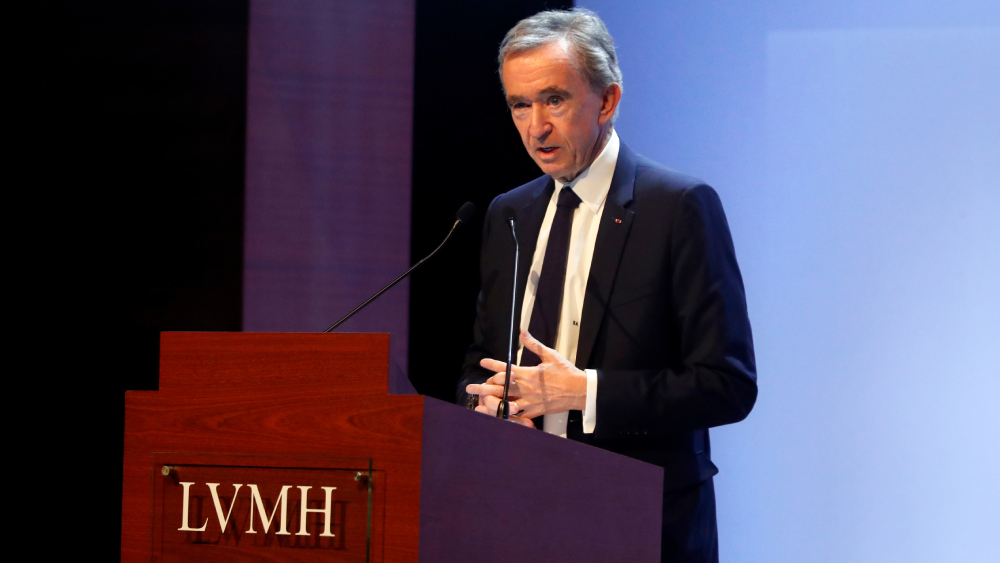 Bernard Arnault may be down $30 million, but he’s not letting the pandemic deter his plans.

The famous owner of luxury conglomerate LVMH was hit hard by the coronavirus pandemic––that $30 billion figure is how much his personal net worth declined as LVMH stock plunged by 19 percent this year. According to Bloomberg Billionaires Index, Arnault lost more money than any other individual in the world during this period and about as much as Amazon’s Jeff Bezos gained.

But Arnault has garnered a reputation as an aggressive businessman who historically does well under pressure, so it’s no surprise that he is hatching plans to ensure that LVMH comes back stronger than ever. He first shocked the luxury world with his hardball tactics (something often derisively branded as deeply American by his French compatriots) in the ’80s and has continued to use economic downturns to his advantage. Arnault took the recession in the 2000s as a means to force Prada out as shareholders of Fendi, which he had recently acquired at the time.

Louis Vuitton billionaire Bernard Arnault lost more money than any other individual in the world as a result of the coronavirus crisis, according to Bloomberg data. His wealth plunged as his armada of luxury brands, from Dior to Dom Pérignon, got hit by the effects of the virus. Not all billionaires are suffering. Arnault’s loss is roughly equal to the amount Amazon’s Jeff Bezos gained over the same period. Tap the link in our bio for more.

The biggest bet will be LVMH’s acquisition of American fine jeweler Tiffany & Co. for which the company paid $16 billion––the largest acquisition in luxury history and a move that briefly made Arnault the world’s richest person. LVMH has vehemently denied it has any intention to renegotiate the price or walk away from the agreement. “We are very much long-term oriented,” LVMH chief financial officer Jean-Jacques Guiony told Bloomberg. “In a crisis a lot of people say things will never be the same, but we are still confident.”

Even though tourism is among the economy’s most devastated industries, Arnault is plowing ahead with the reopening of Paris’s Samaritaine department store as both a luxury hotel and a center of duty-free shopping. After temporarily shutting down, construction on the $1 billion project has resumed. An equally extravagant Cheval Blanc hotel on Los Angeles’ Rodeo Drive is likewise in the works. The same investment-driven mindset is informing the conglomerate’s stable of heritage fashion labels, as it is actively recruiting a new head designer for Givenchy and retooling the brand in time for a September runway show.

Whether Arnault’s plans for LVMH yield much-need profits is an open question—and one that may not be answered until the Covid-19 crisis is over. In the meantime, the CEO will have to take some solace in the knowledge that LVMH is faring no worse than its competitors. Shares for chief rivals Kering and Richemont have fallen by 25 percent and 30 percent, respectively, since the pandemic has started.