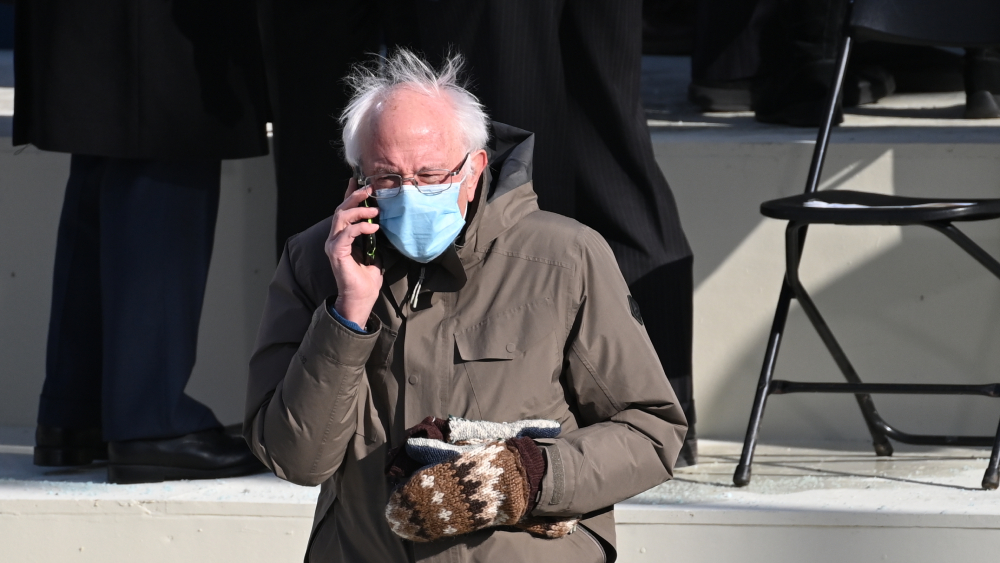 His presidential campaign may be in the past, but that doesn’t mean Vermont’s junior senator can’t still make us feel the Bern.

While Wednesday’s inauguration was historic in many regards, from its setting amid a global pandemic to the ascension of the highest-ranking woman in the country, Bernie Sanders managed to steal more than a bit of the spotlight. In a sea of tailored outwear, some in bright colors, Sen. Sanders appeared on the socially distanced stage sporting a decidedly pragmatic (and characteristically rumpled) 3-in-1 jacket from the Vermont-based skiwear brand Burton. The coat, rendered in a pale shade of brown the brand has dubbed “falcon,” was married with a pair of tonal Fair Isle mittens fashioned by one of Sanders’s constituents: a Vermont school teacher made the pair from repurposed wool sweaters, which clutched a look-completing manila envelope. The combination was enough to set the Internet alight.

Bernie dressed like the inauguration is on his to do list today but ain’t his whole day. pic.twitter.com/wCRyoxU3V2

The ‘fit would have been enough all on its own to generate attention for the septuagenarian, but his somewhat curmudgeonly, self-embracing posture to ward off the D.C. cold produced a special alchemy that made the image instantly meme-worthy.

Before long, images of the long-time senator were superimposed onto a variety of different scenes, all of them somehow perfectly believable despite being the obvious product of Photoshop. Only a few hours after images of Sanders started surfacing online, there are already more iterations than we could possibly count. Things accelerated when Snapchat introduced a filter specifically designed so users could easily make similar images of their own.

Any newly minted hypebeasts looking to get their hands on this look in real life may be hard-pressed, however. Sanders’s specific model of jacket is currently sold out, although similar models remain in stock. As for the mittens,  we imagine that mittens knitted by a small-town school teacher are inherently limited in supply. But those considerations shouldn’t keep any of us from striving for this kind of outerwear excellence.