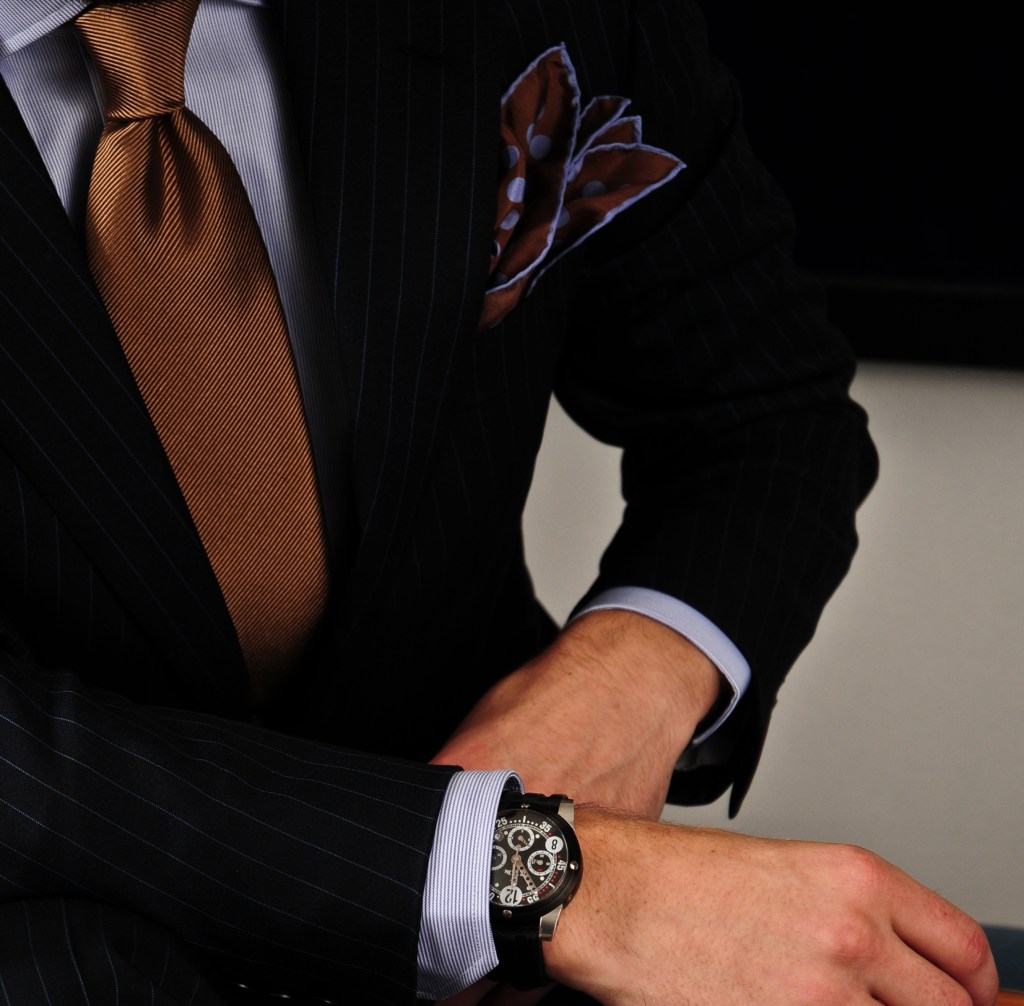 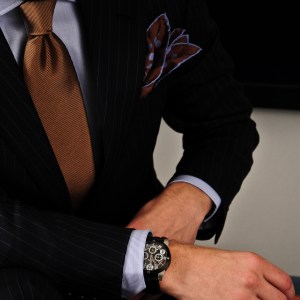 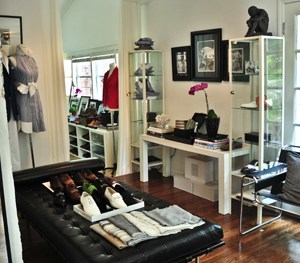 Gable and Adnan (a.k.a. Ed) Shaikh give new meaning to the term in-house tailors.  The Dallas-based couple actually converted the swimming pool cabana of their Kessler Park home into a custom-clothing atelier called Hadleigh’s Bespoke (named for their two-year-old daughter). “We didn’t want to open another hodgepodge mahogany store. We wanted it to be just a small showcase that is both chic and modern,” says Ed, who gave up his post as a menswear buyer at Stanley Korshak to pursue his own dream as a private clothier. Wife and business partner Gable, who previously worked for Adrienne Vittadini and later Ralph Lauren, came on board to handle the women’s side of the business, currently limited to dress shirts, pajamas and, starting soon, tailored jackets.

Although neither are trained suit makers, the Shaikhs clearly understand fine tailoring, judging by the small, rarely available Italian luxury brands (Cesare Attolini, d’Avenza, Mazzarelli) they carry in their poolside shop. “The gentleman who buys from us isn’t necessarily interested in brands. He’s a connoisseur who loves the fact he is going to wear something that has been custom made just for him,” Ed explains. In a nod to the tough economic times in which they’ve opened, the couple has created their own lower-priced clothing label (starting around $1,800), designed in-house yet still tailor-made in Italy.  “Our [Edward] Hopper model has a bit of that Savile Row forward pitch to the shoulder and is for the more guy who is comfortable wearing Brioni, while our Harris [named for Gable’s stepfather, former New York Times executive Bill Harris] is a bit dandier, with a more expressive shoulder and a lot more handwork,” adds Ed, whose own sartorial style is clearly inclined toward the latter. (214.770.4743, www.hadleighsbespoke.com)