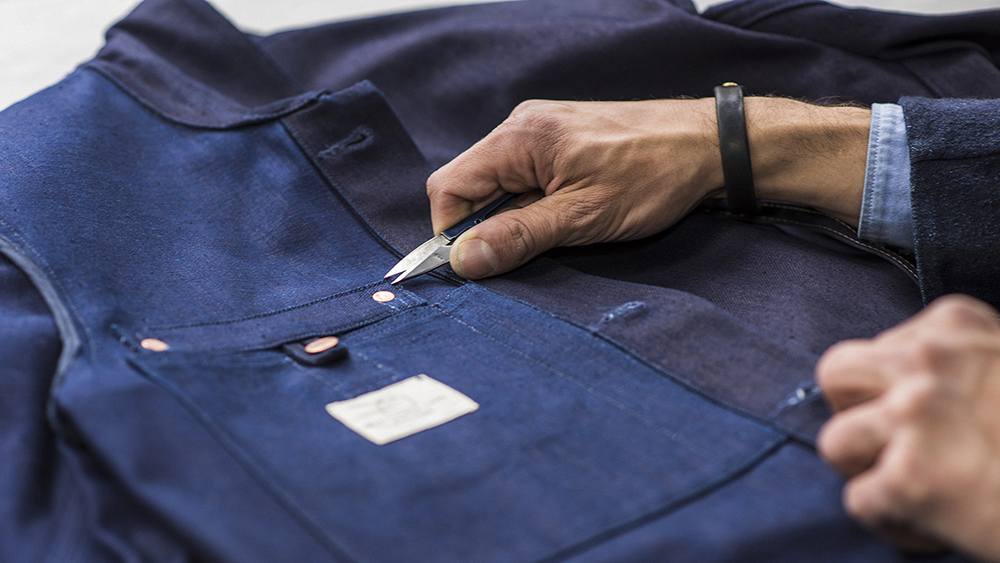 Desperate for a bespoke suit in a week? Spill Cognac in your private jet? Has your grandfather’s watch stopped? Some conundrums can’t be handled by a tech startup or even your average skilled technician. Certain tasks still require highly specialized experts. Here, your guide to fixers in London… just in case.

Where to Take Your Favorite Shoes for a Face-Lift

Not many cobblers can boast eight shoemakers in the back, clad in leather aprons, nestled over wooden lasts. But such a crew is what sets James Taylor & Son apart. The shop has been making bespoke shoes since 1857, so the team knows the DNA of Church’s, Crockett & Jones and other brands they restore to new. Versed in working with Goodyear welted shoes, they can do all the usual resole and reheel work, but also stretch the leather for a more comfortable fit.

To recommend a British bespoke tailor who isn’t on Savile Row might sound counterintuitive, but London’s tailoring scene ranges far beyond the confines of that one street. As proof, Timothy Everest turns out contemporary bespoke tailoring that’s more than a match for the Old Guard. Steered by head cutter Fred Nieddu, who trained on Savile Row, the house makes everything from conventional suiting for business or pleasure (Nieddu is known for his sleek, double-breasted cut) to exquisite custom-made safari jackets and bombers, cut in supple goat’s suede. Nieddu is a modest guy who much prefers to let his cutting do the talking for him, but take a look at the company’s Instagram feed and you’ll see it does just that. Intrigued? Timothy Everest visits New York and LA several times a year, so you can book a trunk-show appointment even if you won’t be in London anytime soon. Bespoke suits start at $4,170.

Specs That Will Give You a Sharp New Image

E.B. Meyrowitz is one of the few remaining bastions of old-fashioned British luxury. Founded in 1875, the house occupies a quirky shop in Mayfair’s Royal Arcade, and its bespoke eyewear service is second to none. The woman to see is Sheel, who possesses an uncanny ability to match face to frame. Modify your frames from one of numerous house styles, choose your material (acetate, buffalo horn, tortoiseshell or metal) and select lenses. Wearing Meyrowitz is like joining an exclusive club: Individuals who own the custom frames can spot others a mile off and will go out of their way to compliment them. Bespoke spectacles from $1,500 a pair.

Bags to Make Your Life Easier

A bag-maker with a studio on London’s eclectic Columbia Road, Charlie Borrow makes everything by hand, with superb attention to detail, using military deadstock materials and Scottish canvas as well as components from other small-scale British workshops. Better yet, his bags and leather goods often improve with age. He’s warm and welcoming, and it’s almost impossible to visit his workshop (he encourages customers to stop by) without walking away with a new, beautifully made piece. Made-to-measure bags start at $185.

There are plenty of shoeshines in London, but none like The Jaunty Flaneur. Founder Tom Beecroft has a team of craftsmen who’ll recondition and polish shoes, and a patina artist who’ll re-color them, lavishing hours of attention on a single pair. Bring in some that have been through the wars and he’ll make them glassy and gleaming. Be warned, though: Expect a queue for a shine-up. Shoeshines from $25; patinas from $180.

Where to Bring Your Best Timepiece for a Reboot

Luxury Watch Repairs will, unsurprisingly, repair your luxury watch. What makes the London atelier exceptional, however, is the accredited hands behind said services. The team consists of specialists in Rolex, Tag Heuer, Breitling and Chopard, and they are certified by Omega and Cartier, which saves the trouble of shipping yours back to Switzerland for a fine-tune. The shop will even provide a time-lapse video ($65) of the repair, in case you’ve ever wondered what really makes your prized timepiece tick (and to prove they’ve done it). Prices start at $62.

The Denim You Want to Live In

With 30 years in the apparel trade under his belt, Bilgehan Ates started Blackhorse Lane Ateliers in 2016, after studying how durable his trusty old Levi’s were. From a 1920s factory in East London, his team crafts 130 pairs of raw denim jeans a week, from the tapered E8 style to slim-fit NW3 (named after postcodes in London). Working with mills in Japan, Italy and Turkey, Blackhorse Lane has collaborated with brands such as Drake’s, Turnbull & Asser and Belstaff. Bespoke will be rolled out later this year, starting at $600 a pair with a two-week lead time. “Jeans have evolved to be more quickly produced and therefore lack their original tailoring construction,” says Ates. “At our core is the desire to revert to quality engineering.”