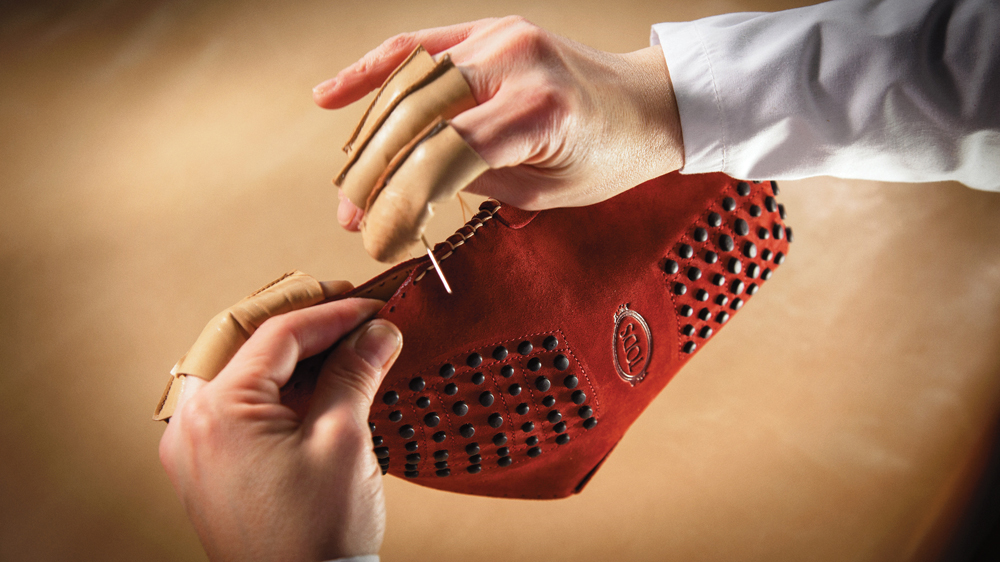 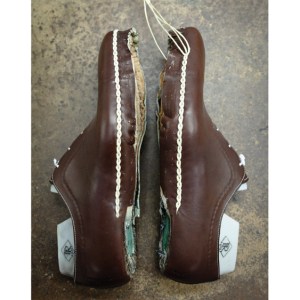 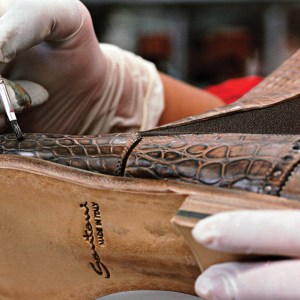 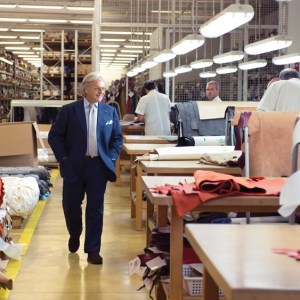 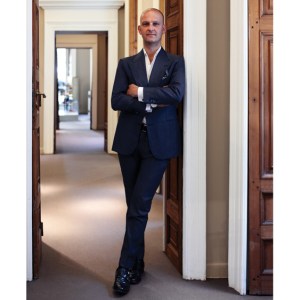 “Making good shoes is like making cheese,” says Giuseppe Santoni, CEO of the footwear company his parents established in Italy’s Le Marche region. A 3-hour drive from Rome over rolling hills, this rural area has served as a national epicenter of artisanal shoemaking for more than a century, though it is more often associated with such agricultural products as fine wines and olive oils. In agrarian communities, time often seems to move more slowly, and the farmer’s commitment and patience are also evident in Le Marche’s more fashionable industry: The Santoni Goodyear welted shoe stays on the last for 3 weeks before the leather upper is hand-sewn to its sole. “The longer the leather rests on the last, the better the shoes,” explains Santoni, “and the longer the cheese ages, the better the cheese.”

Craft in Le Marche has certainly improved with age. The area is scattered with several large shoemaking factories and numerous midsize and small workshops, and its many artisans—including some who work at home—are continuing the traditions they learned from their fathers and grandfathers. Shoemaking is a tough and complicated process that requires strong hands to pull the leather over the lasts and sew the leather, says Santoni, “and the workers in this region are tough and have a sense of duty and dedication.”

Before World War II, Le Marche was largely agricultural, but after the war, farmers like Santoni’s grandfather wanted their children to learn a craft outside of farming. Santoni’s father, Andrea, went to work in a shoe factory at age 13, and in 1975 he and his wife established their own workshop in the family’s garage. Now 79, Andrea continues to work daily, employing his problem-solving skills to resolve complex production issues. His son Giuseppe was drawn to the craft as a teenager and started working summers in “the line” of shoemakers. By age 20, he was named CEO.

Santoni and Tod’s—another important brand that originated in Le Marche—have built state-of-the-art shoe factories in the past decade. Filled with striking modern artworks and flooded with natural light, they are in many ways the antithesis of the cobbler’s workshop that Santoni knew in his childhood. But there are historical touchstones, of course. For Tod’s CEO Diego Della Valle, it is a small cobbler’s workbench and a box of timeworn tools—once his grandfather’s—displayed within his factory’s modern walls that serve as poignant reminders of how it all began.

A third-generation shoemaker, Della Valle grew up watching his father and grandfather ply their craft. “We have worked in the same region for over 100 years,” he says, “and our dream has always been the same: to make the best leather products.”

It was Della Valle who designed the company’s signature Gommino driving shoe in the late 1970s, which swiftly made the Tod’s brand an international status symbol. Today, the hand-stitched moccasin lined with 133 rubber pebbles on the sole remains its best seller, offered in hundreds of colors and a variety of skins.

Della Valle and Santoni both remain dedicated to sustaining old-world Italian artisanship and attracting a new generation to the trade. Inside Santoni’s modern factory, it is surprising to see the level of fine handwork firsthand—whether it is workers preparing cotton thread with a mix of glue and beeswax to make it waterproof, hand-sculpting the wooden shoe last that is used as the first prototype for every new model, or hand-applying a layer of granulated cork to the bottom of a men’s dress shoe for added cushion before adhering the sole. Most mesmerizing, perhaps, is watching the artisans as they paint shoes with layers of color to achieve Santoni’s remarkable depth of hue—a process that gives some leathers the appearance of a lacquered finish.

Modern without being trendy, Santoni shoes run about $500 to $800 a pair and are meant to last, in terms of quality and design. “We are making shoes that our customers will want to wear for at least the next 10 years,” says Santoni. The brand’s signature shoe, a double monk-strap with the perfect proportions in length and width, is elegant without calling too much attention to the feet. Other styles range from sporty sneakers, including a series with Mercedes-AMG, to more extravagant items like crocodile mountain boots and evening slippers made with opulent Rubelli fabrics.

“When I was shopping at Rubelli with my wife for fabrics for the home, I thought they would make beautiful shoes,” says San­­­toni, his passion for footwear—cultivated from childhood in a place where nearly everyone is connected to shoemaking—shining through. “When I see someone on the street, I take a picture of their shoes. I am always thinking of shoes.”