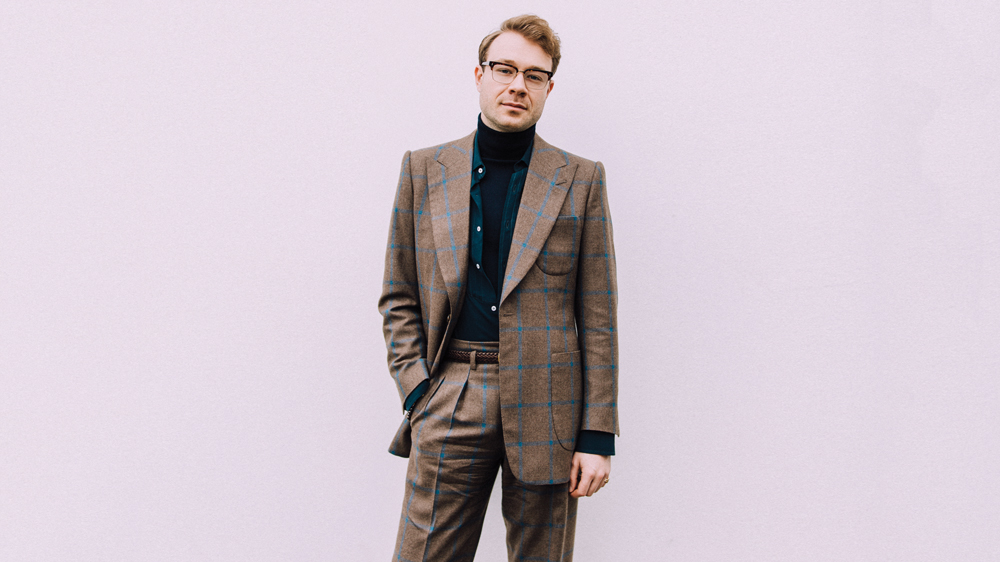 Here’s a quandary: What do you wear when you want to look put together but  the dress code doesn’t require a shirt and tie? An open-collared shirt is an obvious choice for smart casualwear, but not terribly dynamic, and crewneck sweaters or simple T-shirts slip too far down the “lazy day” spectrum for most offices or evenings out.

The solution? This season, it’s that age-old classic: the turtleneck. The style was first taken up by British polo players in the mid-1800s (hence its original name, the polo neck) but broke into mainstream fashion in the 1920s. Over the years, style icons ranging from Ivy League stalwarts to sharp-dressed rockers have layered theirs beneath trim tailored jackets for a crisp fall look. Mick Jagger wore his turtleneck (or roll-neck, as the lippy Brit would have called it) beneath checked Tommy Nutter suits, Michael Caine with louche blazers, and Steve McQueen under preppy tweed sport coats. Now the up-to-your-neck look is back.

This winter, turtlenecks are going head-to-head with dress shirts and ties. Brands are layering them underneath bespoke pieces, including contemporary tailors Richard James (whose collection has a distinct ’70s flair) and Ralph Lauren. In fact, Lauren’s current collection channels the turtleneck in different styles to reflect key moments in its 50-year history. Whether knitted in fine crimson wool and layered underneath an air-force-style topcoat, or as a chunky cream cable-knit styled with a sailor’s peacoat, Mr. Lauren has clearly gotten the memo.

Drake’s is another great reference point for turtlenecks this season, offering lambswool knits with thick ribbed collars—even pulling it over an unbuttoned button-down shirt with the collar’s tips poking out from the sweater’s neckline—for an artsy European style. And, of course, traditional knitwear makers John Smedley and Johnstons of Elgin can always be relied on for chic merino and cashmere turtlenecks.

During the week, try yours beneath a double-breasted blazer or tailored sport coat. Start with a versatile merino knit in navy or charcoal, which should work with almost everything in your wardrobe. Earthy colors like camel or burnt orange are on-trend this winter, too. You can also dress your turtlenecks down. Tom Ford’s fall runway show demonstrated how to layer a turtleneck beneath casual jackets, mixing them with suede blousons and trucker jackets for a relaxed look.

The strength of the turtleneck-and-jacket combination is in its simplicity. The turtleneck’s form-fitting shape, solid color, and clean lines make for an understated foundation to a tailored ensemble, and it works just as well with suits as with understated separates. If you’re looking to expand your smart-casual horizons this season, it’s time to give that bare neck of yours a fashionable upgrade.