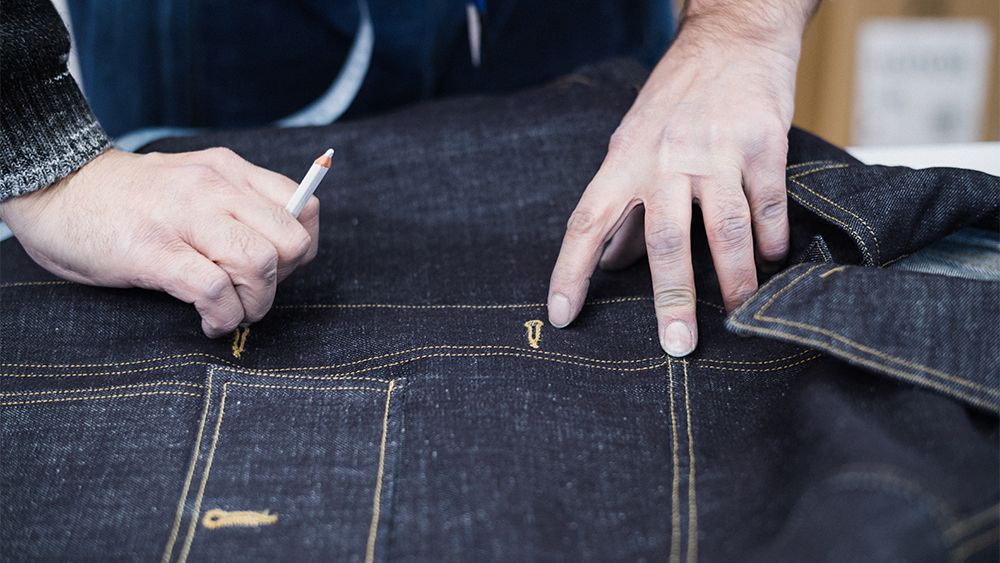 “Our competitor is Primark,” Han Ates, founder of Blackhorse Lane Ateliers, says, citing the UK equivalent of J.C. Penney—a comparison few would willingly make. It’s particularly surprising because we’re in the brand’s East London workshop, where jeans that cost up to $400 are painstakingly made by hand and a newly launched program offers jeans that are tailormade-to-order. Ates’s statement might sound like a joke, but he’s serious. He and his staff are on a mission to change the way people think about denim, producing a premium product that aims to be every bit as accessible as those from mass-market retailers.

Drawing on his background in textiles and his appreciation for quality, Ates launched BLA in 2014, aiming to construct jeans as thoughtfully as a Savile Row suit. He began by buying a small workshop—the same one he managed in the ‘90s when it made clothing for the British high street. Back then, Ates wound up leaving the industry due to his frustrations with brands demanding lower quality, cheaper products. This time around, he decided to do things differently. With only the finest Japanese, Turkish or Italian denim used, and a focus on craft and community, Blackhorse Lane quickly established itself as a player in the premium denim world. Today, BLA produces jeans for over 60 luxury menswear brands including Belstaff, Drake’s, Nigel Cabourn and Magaret Howell.

Every aspect of production is handled on-site, from pattern drawing to stitching. Although it started with a small range of classic, straight-leg styles, the company now offers an array of fits, from a “slim tapered” E8 model to the “relaxed heritage” NW1, complete with 1950s-style mid-rise and wider leg. The brand has adopted a number of unconventional techniques, including a one-piece fly originally patented in 1877 and felled seams and belt loops that are sewn into the waistband. These details aren’t necessary to make a good pair of jeans—and require more skill from those making them—but they’re what separates BLA from many of its contemporaries.

“When something is cheap, somebody else pays the price,” Ates says, pointing out the many ills of mass-produced denim. According to the UN, a single pair of jeans requires over 2,600 gallons of water—and Ates notes that is only the tip of the iceberg. “There’s pesticides, and the earth that it grows on gets destroyed. If you go to cheap mills, they’re usually in countries that can’t afford to create refinement facilities, so the chemicals used go back into the environment.” In Italy and Japan, where BLA sources its denim, there are laws regulating such practices. As Ates says, “We work with the Champions League of mills, not the 5th division”.

BLA is taking other steps to further ease denim’s environmental toll, including developing a material made from recycled denim, bio-resin and vegetable oil, which they hope to turn into tables and chairs in collaboration with a local furniture factory. The team is also conducting research into creating a sustainable denim washing facility, something that currently doesn’t exist in the UK.

This all seems like a lot of work for a small, independently owned workshop, but Ates shows no sign of fatigue. Enthusiastic and energetic, he thanks each worker by name as they show me an intricate row of stitching or a perfectly sewn buttonhole. “Connectivity is the core of everything we do here,” he says. That ethos extends beyond the workshop to the wider British denim industry. “If you look at the last six years and the number of denim brands we have in the UK, it’s growing fast … I am a full-time optimist and I think it’s going to be an amazing next ten years. We are at the beginning of our journey, but our know-how is going to grow. We will be competing creatively with the USA, Japan and Italy”, and no doubt swaying more and more people away from fast fashion in the process.