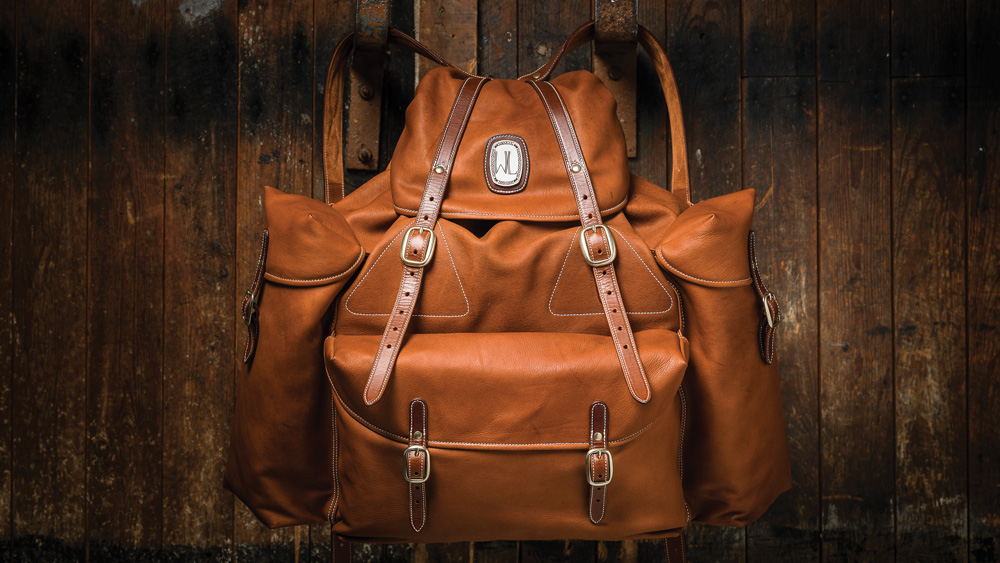 Endorsed by royal families, these three brands have sustained a level of old-world artisanship that has been passed from one generation to the next and continues to be valued by discriminating heads, both crowned and uncrowned.

Father-son duo Jan and Anders Sandlund are keeping the ancient methods of leather making alive at their family’s 118-year old Böle Tannery. Nestled on the fringes of the Arctic Circle, Böle is the last spruce-bark tannery in the world—and has been a purveyor to the Swedish royal court since 1996. Leather for each of the brand’s sleek briefcases and rucksacks is manually tanned for up to 12 months in vats full of bark from the spruce trees of the surrounding forest and water that has not been changed for nearly 100 years. This pungent combination means that each bag, like the King Rucksack (shown, about $8,300), takes on a luxuriously rich color and uniquely intoxicating spruce scent.

Denmark’s Randers Handsker was founded in 1811, during the middle of the Napoleonic Wars, and helped buoy the economy of the small town of Randers by preserving its long-held tradition of glove making. Over 200 years later, the atelier continues to produce handmade leather gloves in the traditional way, making it one of the oldest still-operating glove factories in the world and earning it recognition from the queen of Denmark, who appointed Randers Handsker as purveyors to the royal court in the spring of 2000. The lamb, goat, and deer skins used to craft each pair of gloves are carefully tanned and dyed in-house before being crafted into a huge variety of glove styles.

Founded in 1829, Belgium’s Delvaux is a brand that, while rooted in tradition (each of its leather handbags, briefcases, and accessories is completely handmade in-house), has embraced a strong spirit of innovation, playfully pushing the boundaries of design. In fact, the brand was the first leather maker ever to file patents for its work.

The atelier’s painstaking approach to crafting the nearly 3,000 items in its archives has earned it recognition as an official purveyor to the Belgian royal court since 1883. Today the brand continues to craft its sleek and modern accessories, such as trim messenger bags and carryalls (prices range from $2,900 to $39,000), the old-fashioned way—completing each piece of leather through countless steps and dozens of hours of labor.