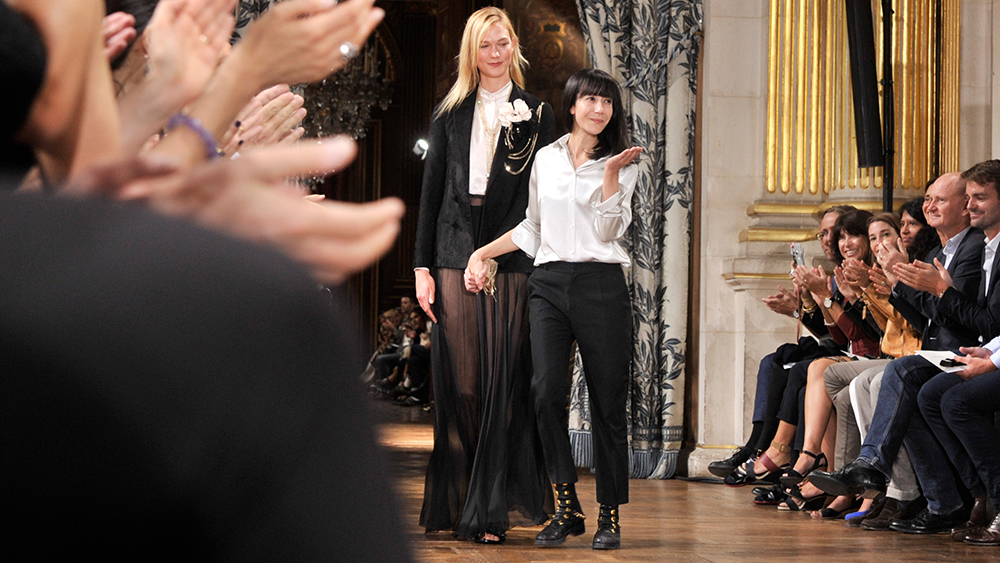 It looks like men will finally be able to get a taste of the couture experience women have enjoyed for more than a century thanks to designer Bouchra Jarrar.

The couturier officially returned to Paris’ haute couture schedule this season after a roughly two-year absence from the fashion scene in general. No ordinary showing, this reemergence included menswear, marking the first time Jarrar has done so in her long career.

Though men are familiar with bespoke––garments drafted entirely from scratch to fit a man’s individual measurements––the term is not interchangeable with true haute couture. In France, the term is not only descriptive, it is also a legal designation denoting a set of very specific rules under which the clothing bearing that label can be made.

One of the central tenants is that everything must be handmade and every component of the rarest and most exceptional quality––just two factors that make it exceptionally expensive. Couture houses are notoriously tight-lipped when it comes to prices (discretion is its own form of luxury, and because every piece is entirely customizable, a set price is moot). However, reports of women’s couture that have leaked over the years put many suits at upwards of $50,000 and dresses well beyond $100,000 each. Though not directly comparable, it’s fair to assume Jarrar’s menswear will be made—and priced—according to the same standards.

Staged in the designer’s home, the tightly edited offering was capped at just 17 looks (“I appreciate quality and not quantity,” she told WWD). Jarrar’s aesthetic has always been spare, and she has a notable penchant for razor-sharp tailoring, so the step into the menswear arena is a natural one. Heavy wool coats, immaculately cut trousers and superb leather jackets are her specialties and they were all on display in the self-funded presentation.

For many, her return to the runway is an exciting one: Jarrar’s unceremonious firing from Lanvin caused the retreat of someone widely regarded as a great talent who spent years honing her skills at Balenciaga and Christian Lacroix before launching her own company. But this collection is not only a successful return to form; it is also a signal of a larger shift within the couture model.

Previous generations of men were entirely shut out of couture (unless they were the designers) but the softening lines around gender have caused brands to rethink what couture means for the 21st century. Maison Margiela’s John Galliano went so far as to produce an entire collection of men’s couture for Spring 2019. With Jarrar also leading the way, don’t be surprised is more designers hungry to express their vision in new ways (and to capitalize on the growing men’s market) follow suit.