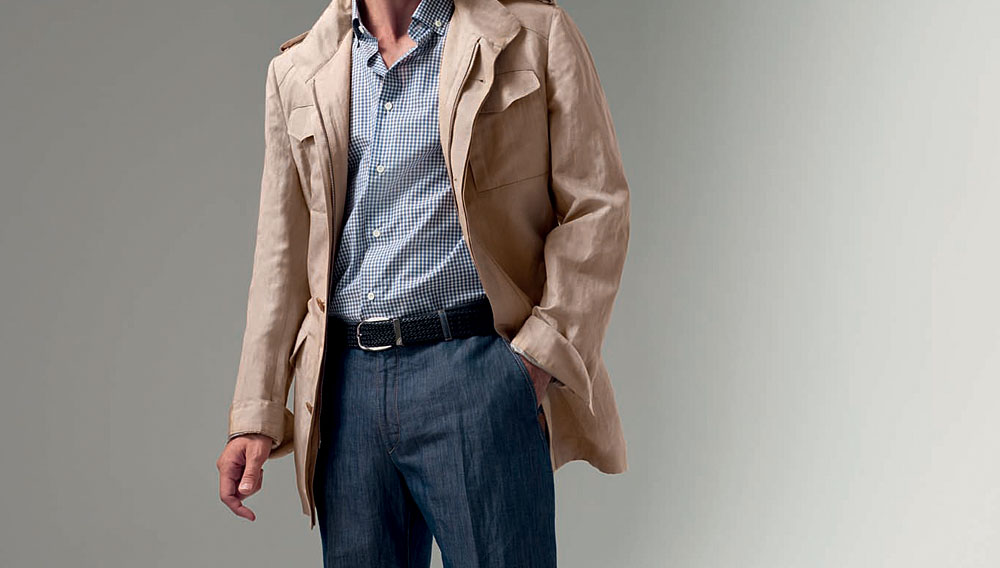 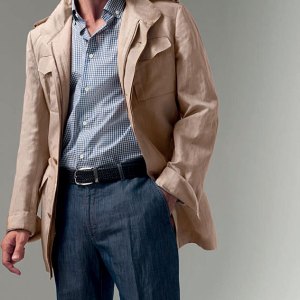 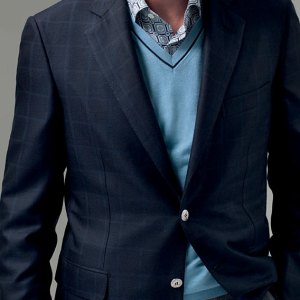 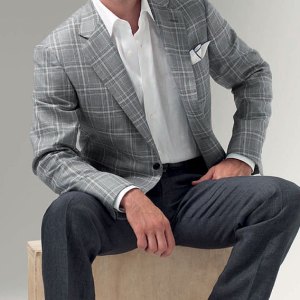 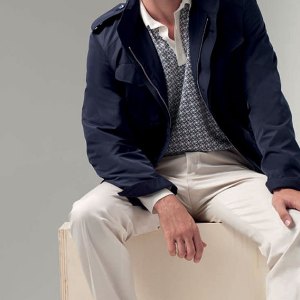 Most men identify Brioni with the Penne, Italy-based company’s strong-shouldered power suits. But the Italian clothier—considered by many the most recognizable men’s luxury brand in the world—is also credited with creating the modern travel jacket that now holds a place in every true gentleman’s wardrobe.  Brioni has subsequently parlayed its original 18-pocket blazer, first introduced in 1973, into a total leisure-wear package that includes linen shirts, lamb-suede blouson jackets, silk trousers, and silk/wool car coats, among other wants, not necessarily needs, of the luxury consumer.  Taking its motto “to be one of a kind” to heart, almost everything in the Brioni collection can be made to measure, including a new jeans program that allows you to choose the denim weight, wash, back pocket label, and embroidery design of your choice from a laundry list of options. This year the brand also introduced the customizable leather jacket, which is available as a blazer or blouson in your choice of leather (French napa or Oslo calf), color, stitching, lining, buttons, and other hardware.  The collection is produced entirely in Italy and incorporates much of the handwork found on the brand’s tailor-made suits.

The influence of elite sports, especially polo, plays a big role in the sportswear creations at Brioni, which derives its name from the Croatian island of Brijuni, where polo was a favorite pastime until it was banned in 1947 by the late Yugoslavian president Josip Broz Tito up to his death in 1980.  The company launched a signature polo collection in 2006 and now sponsors its own snow polo team, which regularly competes at the annual St. Moritz Cartier Polo World Cup.  “Seeing the players dressed so tastefully in the pieces we designed is a pleasure that strengthens the label’s deep connection with this sport,” says Brioni chief executive Andrea Perrone.