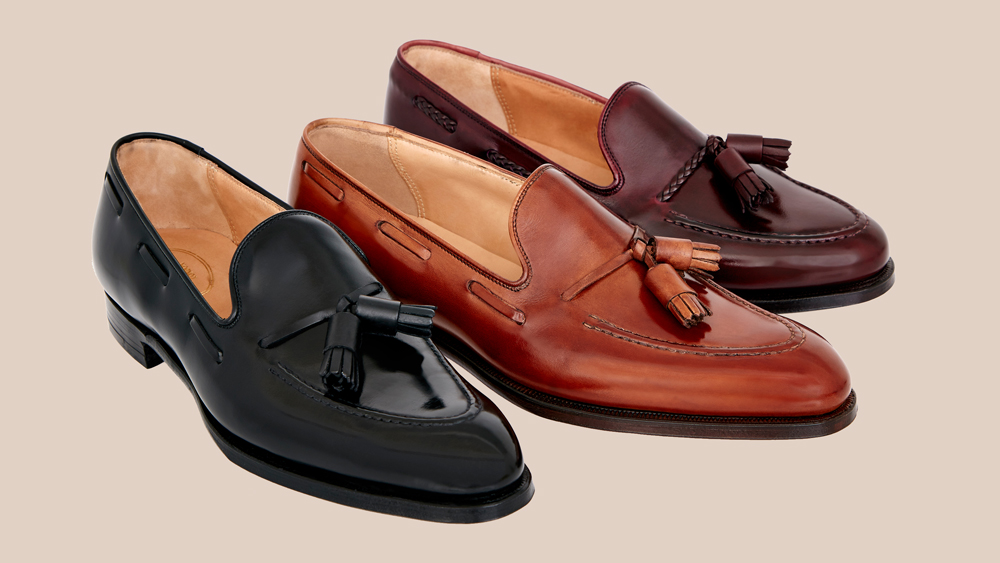 When it comes to the bastions of British style, the heritage tailoring houses that have made Savile Row one of the city’s best-known streets most often come to mind. But sharply cut suits are not the only thing the English excel at, as the following four shoemakers evidence. Collectively, the brands have over 400 years of experience handcrafting rugged boots, fine oxfords, and sleek loafers. So the next time you’re in the market for an elegant new pair of shoes, make sure brands like John Lobb and Church’s are on your radar.

One of the greatest names in British shoemaking, boot-maker John Lobb’s eponymous brand was born in the maritime county of Cornwall. He officially opened shop in London in 1866, and since then, he’s been a stalwart of the city’s West End, being noted for well-crafted classics like the City II oxford cap toe ($1,365) and the William double monk strap ($1,325). Today, the label is presided over by Nicholas Lobb, the fifth-generation manager who oversees both bespoke orders and the off-the-rack collection. For spring, watch out for styles with a lighter touch—think crepe soles and linen tops—the result of creative director Paula Gerbase’s research in Lobb’s seaside hometown.

Church’s dates as far back as 1675, with deep roots in Northamptonshire, England’s shoemaking county. But the company’s official origin dates to 1873, when a shoe workshop founded by one Thomas Church proved so innovative that it claims to have developed the first shoes designed for left and right feet, rather than identically crafted shoes for both. With classics like the oxford, derby, and monk strap (from $850), Church’s makes the kind of shoes that don’t just last a lifetime; they’re handed down for generations to come. The brand also maintains a strong Northamptonshire connection, with about 5,000 pairs made there a week.

The husband-and-wife team behind T&F Slack Shoemakers became famous in the 1970s for shodding the likes of Brit-rock mavericks Roxy Music and David Bowie. Tim and Fiona Slack’s enduring idea has been to mix classic cobbling styles with bold colors and details. The couple uses proper old machinery but spruces up ageless designs like the Gibson and the Derby (from about $350) with new colors and jazzy stitching, making made-to-order shoes that ooze personal style.

This grand cobbler has its origins in the period after the First World War, when George Cleverley joined the ranks of Tuczec, a smart Mayfair shoemaker. In 1958, George set up his own business, G.J. Cleverley, and began to make a more modern, chisel-toed shoe with mid-century city slickers in mind. Since then, Cleverley’s forward-thinking designs have been worn by no less than the likes of Fred Astaire and Rolling Stones drummer Charlie Watts, who is a long-term client of the brand and a self-proclaimed shoe addict. The current director, George Glasgow, was trained by George Cleverley and quotes his mentor thus: “If your feet are not right, your head’s not right.”