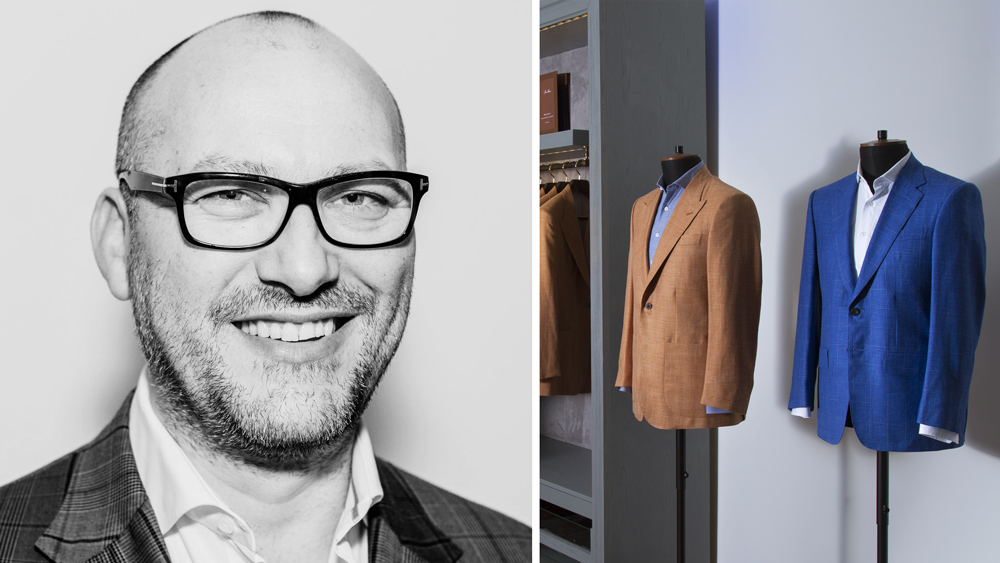 As New York City continues its modern revival of the art of men’s tailoring, Lutwyche has become the latest British brand to cross the pond, debuting its first-ever U.S. outpost. The young London-based luxury clothier set up shop in December on Madison Avenue, offering contemporary bespoke, made-to-measure, and ready-to-wear men’s suits, topcoats, formal wear and more, all of which are meticulously handcrafted in England.

Originally founded in 2000, the under-the-radar British brand first made its stateside debut with a ready-to-wear line at Saks Fifth Avenue in 2009. After 8 years of success through the quintessentially American department store, a stand-alone shop was a natural next step for the label.

“We bring, I believe, a certain 21st-century elegance to the market,” says founder, CEO, and creative director Tony Lutwyche of his eponymous label. “Our approach is more modern—and certainly more permanent—than the traditional pool of Savile Row trunk shows that have been coming here for some time.”

Each bespoke Lutwyche commission (from $5,000) involves more than 100 steps—from the initial pattern-making to the detailed hand-finishing—and can take up to eight weeks to complete. And while the house embraces modernity in terms of style, it remains committed to age-old, labor-intensive English tailoring traditions. Case in point: Every suit is fully constructed from a horsehair canvas, allowing for better draping and an impeccable fit that actually improves over the years.

The house sources its fine fabrics—think winter tweeds made from wool, cashmere, and silk blends—from such renowned cloth makers as Holland & Sherry, Scabal, and Dormeuil. Every Lutwyche garment, including those commissioned at the new appointment-only New York City shop (where a master tailor is on call), is crafted by hand at the company’s atelier in Crewe, England.

“Our workshop in Crewe was originally established in 1937 by an American who wanted to make English hand-tailored suits for the U.S. market,” says Lutwyche, who acquired the atelier and its seasoned craftspeople in 2006. “[The opening of our first U.S. store] is a pleasant sort of full-circle connection to our roots.”