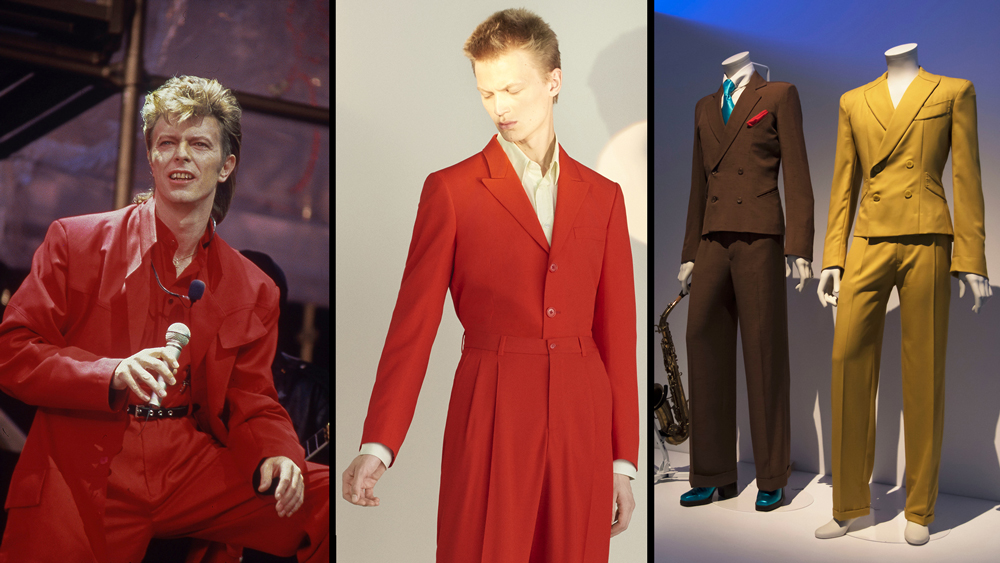 David Bowie rocketed himself to superstardom by elevating every aspect of his being—from his music to his clothes to his overall public persona—into a singular, multi-sensory work of art. He wasn’t merely a singer or just a celebrity, he was a true entertainer from top to toe. David Bowie Is—an exhibition that opened at London’s Victoria and Albert Museum in 2013 and recently touched down at the Brooklyn Museum for the final stop of its worldwide tour—celebrates Bowie in all of his facets with a sprawling, intimate look at the world he created and how his legacy continues to reverberate throughout pop culture today.

Comprising some 400 objects, including costumes, drawings, videos, and assorted ephemera, the exhibition traces the many different characters Bowie portrayed over the course of his prolific career. From the glam-rocker Ziggy Stardust, decked out in otherworldly Kansai Yamamoto bodysuits, to the foppish dandy Hunk Dory (which Bowie described as “an Evelyn Waugh Oxbridge look”) and the strung-out rake in waistcoats and trilby hats known as the Thin White Duke, Bowie’s style was tantamount to his music. The look and the sound were inseparable. His style may have been ever-evolving, but the one constant throughout Bowie’s many chapters is a pursuit of irreverent, boundary-pushing self-expression—often achieved through clothes.

Particularly when viewed now, at a time when gender and propriety are increasingly fluid concepts, Bowie’s contributions to fashion were groundbreaking. He worked to dissolve the boundaries between masculine and feminine, east and west, good taste and bad—territories that designers continue to explore. And this season in particular, it seems as if menswear at large has caught up with Bowie’s avant-garde tastes. From Alessandro Michele’s unabashedly glam guys sporting sequined tracksuits (jacket, $2,250, pants, $1,580) at Gucci to Dolce & Gabbana’s louche rockers in billowy blouses and embellished blazers (price upon request), Bowie’s influence can be seen throughout the spring collections.

While Bowie’s more outré styles tend to be the ones most often cited, his takes on traditional suiting are just as influential. Fendi’s spring collection was filled with the banker-ish ties ($150), suspenders ($400), and high-waisted pants ($690) that were staples of Bowie’s earlier years. More so, they were worn with a very Bowie-esque sense of irony. Stella McCartney’s brightly colored suits (jacket, $1,230) with broad lapels and nipped waists bear a striking resemblance to several designed for Bowie by Freddie Burretti.

One can only assume that Bowie would be pleased by such mining of his sartorial playbook. After all, it was him that sang: “Fame . . . what you need you have to borrow.”