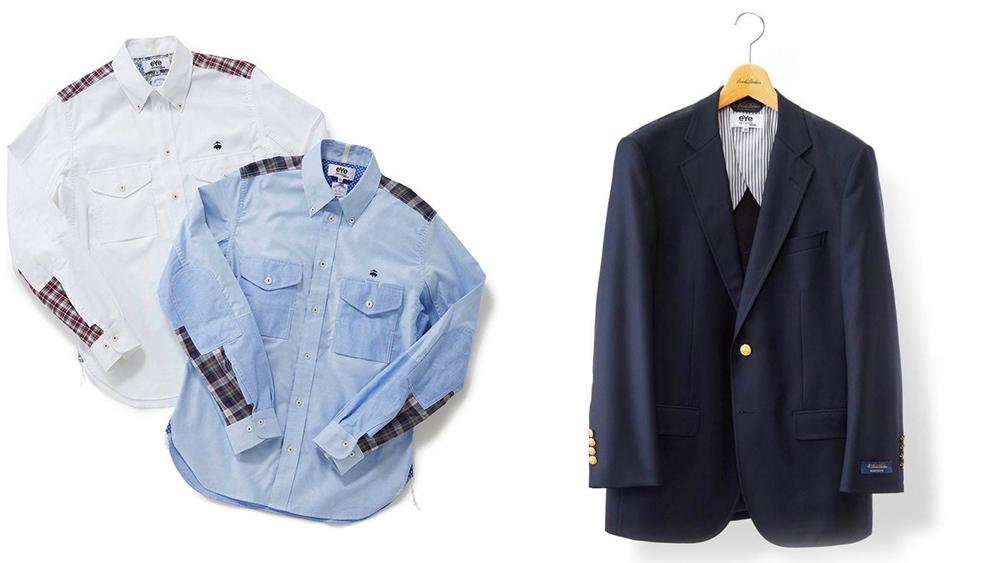 Brooks Brothers is synonymous with traditional, uncomplicated American menswear that’s so timeless it doesn’t have to change. Its classic tailoring is a far cry from the avante-garde realm of modern Japanese design, which is why the label’s latest collaboration with Junya Watanabe MAN is so brilliant.

The limited-edition capsule uses Watanabe’s recognizable patchwork motif to reconfigure some of Brooks Brothers’ heritage pieces with a distinct Ivy League bent. Japan has built a reputation for keeping the mid-century style alive––look no further than its revered denim industry––making Watanabe, who calls on the look for inspiration often, an ideal fit to spearhead this project.

Consisting of two button-downs, a two-button jacket, a zip-up shirt and a spin on Brooks Brothers’ iconic “Polo Collar Shirt”, each style has been given the Watanabe treatment. The blazer looks like your father’s navy jacket, gold buttons and all, until you realize the hem is slightly elongated to evoke a vintage feel. Turn it around and the back reveals itself to have a tiger-striped camo print in a dark gray and black palette.

The “Polo Collar Shirt” comes embellished with patchwork detailing across the yoke and sleeves punctuated by traditional Oxford fabric accents at the breast pockets, elbow patches and underarms. The Brooks Brothers logo embroidered at the chest completes the look.

But these pieces don’t represent the first time Watanabe has collaborated with America’s oldest menswear brand. The duo created multiple collections for 2010, 2011 and 2012 with a similar feel and the results have become much sought-after since.