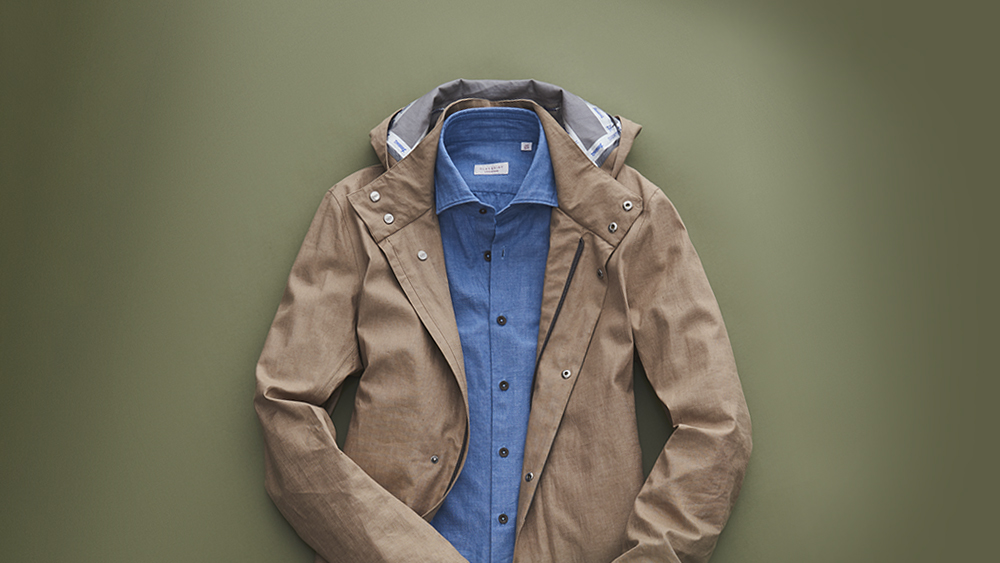 It may not surprise you that Budd, the British bespoke shirtmaker established in 1910, is feeling blue in these dressed-down days. But it has nothing to do with being in the proverbial pits—we mean blue as in good old indigo-dyed denim.

For the first time in its century-plus history, Budd has added denim shirting to its ready-to-wear collection. This was the work of James MacAuslan, the most junior of the three cutters who work above the brand’s Piccadilly storefront.

In addition to cutting bespoke, he also acts as “Keeper of Patterns,” a role responsible for launching new offerings. But, perhaps surprisingly, denim didn’t find its way to the ready-to-wear collection because of MacAulsan’s own biases—it had more to do with the preferences of Budd’s bespoke clientele.

“It has always been Budd’s way to only introduce new things in-store that customers have asked for,” MacAuslan tells Robb Report. “And the denim shirt has been one of the most popular demands from our bespoke customers for some years now.”

While denim may seem like an unorthodox choice for bespoke shirting—which at Budd, begins at £375 and requires a minimum of four shirts for first-time orders—the style has gone from the ranch to the boardroom in recent years, becoming a staple alongside poplin and Oxford cloth. MacAuslan has a simple explanation for its popularity at Budd: customers wanted the best.

“People were struggling to find good-quality denim shirts made well…We decided to put them into stock because not everyone can afford bespoke, and our ready-to-wear customers were clearly missing out.”

Priced at £235, Budd’s readymade denim shirts are sewn at the same Andover workshop that produces the maker’s bespoke offerings. They are cut from two-fold, indigo-dyed Italian cotton in mid-blue, and available in either a classic or tailored fit. The details are modeled after how Darren Tiernan, Budd’s Senior Cutter, styles his denim shirts: with a more casual flat hem, a semi-spread “Bank Collar” and a simple button cuff.

“All of which makes the shirt the sort of thing you can wear as a smart-casual piece or put a tie with and have it as a contemporary formal shirt,” MacAuslan says.

As for the denim shirt’s categorical popularity—whether off the peg or cut from a personal pattern—MacAuslan cites the trend towards occasion-blurring relaxed tailored attire, which was ascendant even before the pandemic.

“I think the move towards a more smart-casual look and people wanting to diversify away from wearing a check on the weekend and a plain or stripe during the week led to the demand in denim shirting,” he says. “Something a bit different, but not too different.”

Certainly, given the current #WFH dress code, denim shirts are more relevant than ever. But how are dress shirts faring in the current, Zoom-based economy?

“At the moment, there is no demand for formal wear—we are all living in our pajamas. And that is reflected in the huge demand for our nightwear,” MacAuslan says.

But the cutter, forecasting a new wave of job seekers as the global economy gets back on its feet, has a hypothetical at the ready.

“Would you consider going to a job interview, whether on Zoom or in-person, in a T-shirt?”

Pandemic or not, the collared shirt remains a practical item. And if it happens to be cut from a soft Italian denim that may be equally at home with knockabout chinos or a double-breasted suit, you might even deem it essential.