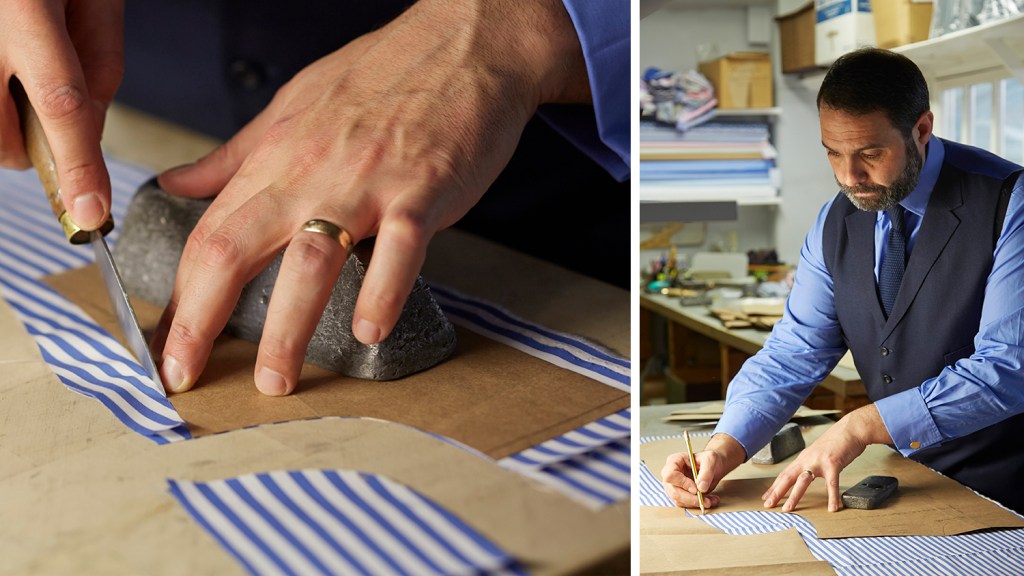 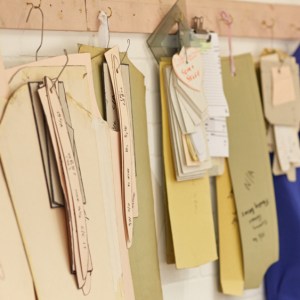 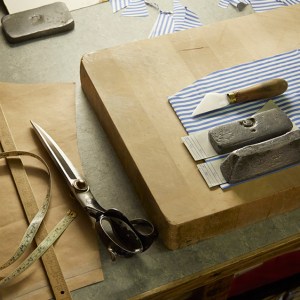 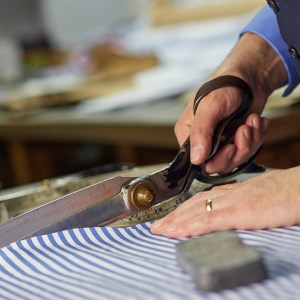 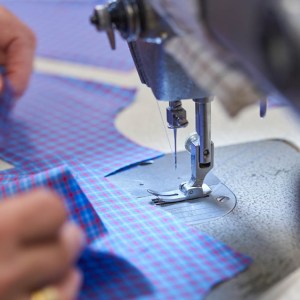 Budd, the 108-year-old London-based shirtmaker known for outfitting everyone from Lord Mountbatten to George Gershwin to Sir Evelyn de Rothschild, is celebrating an anniversary this year. Darren Tiernan, Budd’s smartly dressed and deeply knowledgeable senior shirt cutter, is celebrating 30 years of expertise in shirtmaking. To celebrate, Budd commissioned Tiernan to design his own limited-edition tattersall-check shirting based on a ’90s-era version that he cut frequently in his early years while training at Savile Row’s Bowring Arundel. Tiernan’s tattersall is made from superior twofold 100 cotton, woven exclusively by the high-end Swiss cotton manufacturer Alumo, which was founded just 8 years after Budd in 1918.

“When I first started in the trade as an apprentice, part of my job was ordering and cutting the cloth, and we sold thousands and thousands of shirts in this fabric,” said Tiernan during a recent stop stateside. “It’s engrained in my memory, and I felt it was relevant to my time in the trade. It’s been well-received.”

Tiernan later honed his craft at New & Lingwood on Jermyn Street and Dege & Skinner on Savile Row before finding his way to Budd just 7 years ago. Since then, Tiernan has been an invaluable set of hands in Budd’s cutting room above the shop in central London’s Piccadilly Arcade. There, he regularly drafts and hand-cuts Budd’s famous traditional English bespoke shirting (starting at £275 or $390 at current exchange) in premium Swiss and Italian fabrics.

Soyella, which Tiernan refers to as the “Rolls-Royce” of cotton, is a favorite choice among well-heeled clientele, while Bud’s traditional English Budd collar remains popular for its long points, which keep the collar from sagging without a tie. “The trend nowadays is that people are wearing ties less, so the semi-cutaway has become another increasingly popular collar that works well because it sits under the lapels of a jacket or a sweater and sits up a bit higher, and it’s easy to dress up or down,” says Tiernan. But for those that still enjoy or are required to dress up, Budd makes it ties in England using some of the few British silk mills left, including Adamley, Robert Keats, and Vanners.

While the bulk of its clientele comes in search of business attire, Budd also outfits gentlemen for the bedroom. The brand’s nightshirts, pajamas, and dressing gowns (£185–£1,850 or $263–$2,628 at current exchange) have become a hit—Daniel Day Lewis recently wore more than one pair of Budd pajamas in Phantom Thread, and they are rumored to be a favorite of a certain iconic American artist known for his leisure dressing. The nightwear is offered in a range of fabrics from Soyella cotton and superpoplin to seersucker and French Batiste cotton, the latter of which is said to get better with wear.

But shirting remains the crux of Budd’s business, and the company also offers made-to-measure shirting (from £205 or $290 at current exchange) for those not ready to dive into bespoke. “We also have customers that come to us to try a bespoke shirt before buying a bespoke suit,” says Tiernan. “They rarely go back once they’ve experienced what it’s like to have the perfect fit.”