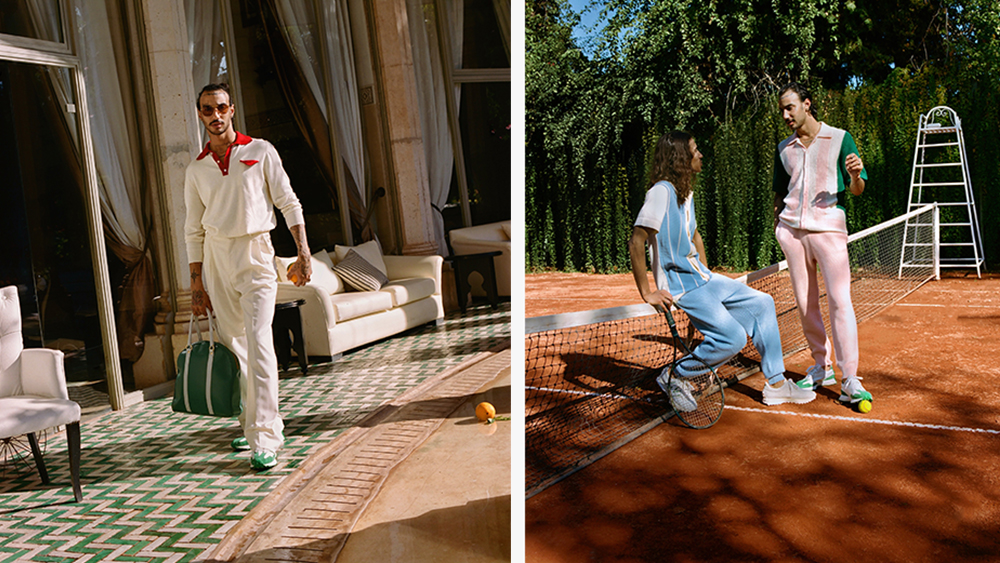 In 2020, there are many definitions of luxury. For some, it is about old-school craftsmanship—think of the dozens of hours and techniques refined over generations that go into a single Brioni suit. For others, luxury is defined by brand narrative and exclusivity—that one-of-a-kind Patek Philippe. Then there are more conceptual interpretations: luxury is sustainability, high design, originality. If you ask designer Charaf Tajer, the man behind two-year-old menswear label Casablanca, luxury touches on all these elements, but its essence is something bigger: Luxury is living life with style.

Tajer doesn’t think of Casablanca in terms of individual shirts and sweaters so much as the world in which they exist, or the life they evoke. “We decided to create an ideal vision of menswear in perfect conditions like the lake and the mountains,” he muses about his latest collection, shown this past January in Paris, which was inspired by Northern Italy’s Lake Garda. “The houses all around the lake are super beautiful and the world of skiing is close.”

In what has become typical Casablanca fashion, the collection has luxury’s traditional hallmarks remixed with a healthy dose of irreverence. There are enveloping shawl-collared robe coats, terry cloth tracksuits and one eye-catching pale pink suit that brings Chanel to mind (if the house dressed men). There are numerous riffs on the silk shirts that have emerged as a Casablanca signature—for fall, they’ll come printed with watercolor mountain vistas, docile Dalmatians and more demure cabana stripes. Tajer’s team develops all their own fabrics and prints in-house (two members are full-time print designers). These are clothes with a commitment to craftsmanship as well as a modern vision of male beauty, a sense of romanticism. They have swagger in spades.

“The collection we presented in January is called Idealism, because I would say—as a brand—I would say we are Idealists,” Tajer explains. “There are other movements like Impressionism in painting or Post-Modernists or Expressionists. We would like to call ourselves Idealists.”

Born and raised in Paris, Tajer founded Casablanca after years refining his vision while working for other brands. He interned backstage for Rick Owens as a teenager and, years later, co-founded and designed the influential streetwear brand Pigalle with his friend Stéphane Ashpool. Opening hotspot Le Pompom was another move that made him a power player among Paris fashion’s new guard (apparently, it’s the first place Virgil Abloh DJ’d). Meanwhile, Tajer consulted with everyone from Supreme to Nike and Off-White. “Little by little, I was designing what I wanted to wear. Then after many, many years in fashion, I decided to develop my own brand.”

Casablanca, which was one of the winners of this year’s LVMH Prize, combines the energy of streetwear with the craftsmanship and haute materials of traditional Parisian luxury. The name is a nod to the designer’s Moroccan heritage—and the love of his parents, who met in the seaside city. The brand’s ethos is defined by these two poles of Tajer’s identity.

“It’s not something that I’m thinking of; it’s not a concept. It’s very natural to me,” he says. “I think my Moroccan heritage is more related to the colors and a kind of hospitality. The aesthetic is definitely Paris—the architecture and the cuts. The word Casablanca evokes a certain poetry, a certain type of travel, a certain time.” That sense of wanderlust is integral to the brand. This may mean a vision of tennis and the French Open (which colored his recent collaboration with New Balance), a trip to Brazil (the current spring collection) or the aforementioned Lake Garda.

“Personally, I spent a lot of my time as a younger guy looking at logos and things, but I never knew this is what I wanted to do,” says Tajer. “I just was fascinated by the visual world and how certain people can incorporate an entire idea, an entire world, without saying anything. I find it so great: a way of communication without letters or words, without languages.”

His vision of design without borders feels particularly relevant for the current moment. For Tajer, Casablanca’s iconography has the potential to be universal.

“I think in this time of Covid and the crisis with police brutality, it’s even more important to acknowledge that we are all the same people and we are all connected,” he reflects. “I think the universe wants us to understand this. A color. An origin. These are not what is defining us. I am myself North African. It is hard for us. For black people and Arab people in France, it is super hard. We need exactly the same thing as in the US. It is super extreme. My hope is for people to understand that there are no differences except things we can bring to each other.”

Tajer isn’t reserved about where he’s going. “It may seem crazy to say, but I want it to be something people believe in and buy into as a lifestyle,” he says. “I want to be the Ralph Lauren of tomorrow. Is that crazy to say? Yes, let’s go project it. We shouldn’t be shy about it.” 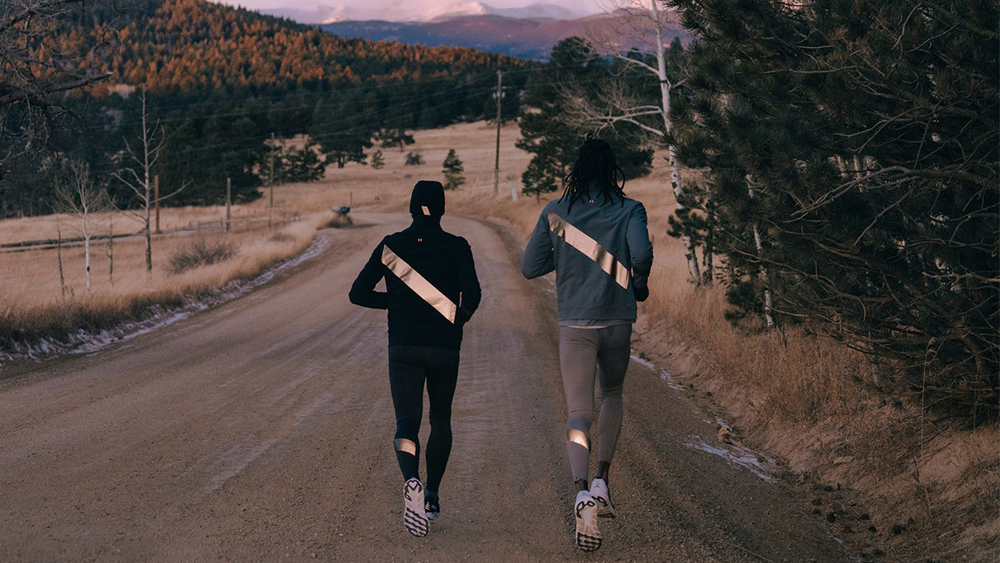