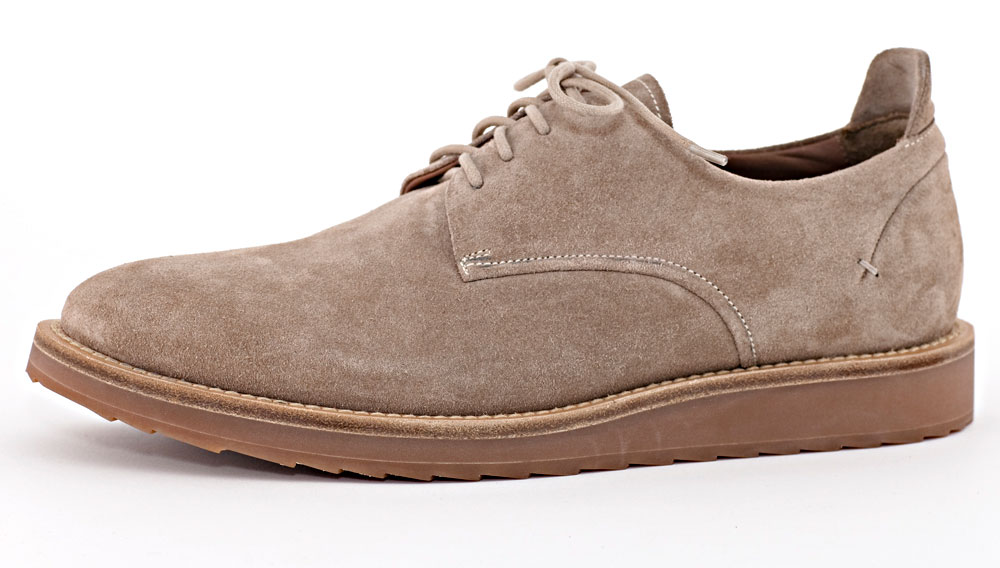 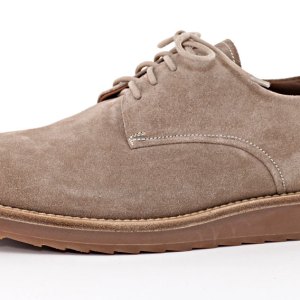 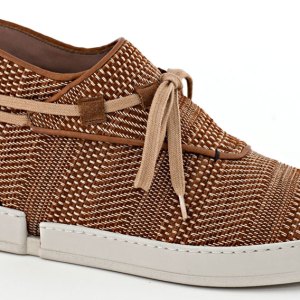 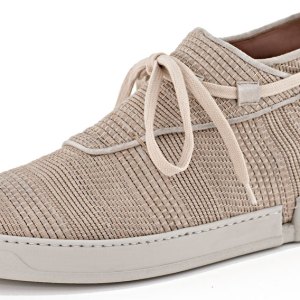 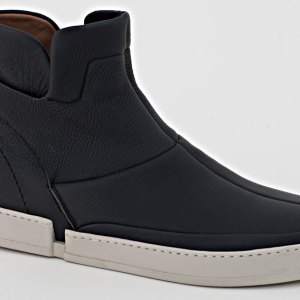 Shoe designers Edmundo Castillo and Manuele Bianchi each admit to having more than 500 pairs of footwear—mostly sneakers—taking up space in their respective closets. Still, that didn’t stop either gentleman from complaining about not having anything to wear on their feet. “We’ve found ourselves too grown up for only sneakers, and too young for most serious shoes, which are just a little too serious,” explains Castillo, a former shoe designer at Sergio Rossi who partnered this year with Bianchi, formerly head of design at Hugo Boss, to launch their own luxury men’s shoe label, Casbia. The pair met more than two decades ago while working in the design department at Donna Karan.

A contraction of both designers’ last names, Casbia’s focus from the outset is to not be “too athletic nor too boardroom,” notes Bianchi, citing how the Milan, Italy-based design duo wanted to create a new hybrid style of footwear that could be worn in both instances but ostensibly be neither. To that end, the spring collection focuses on “the 10 shoes every man should have in his wardrobe,” says Castillo, whose collaborative designs include, among others, an ankle boot that is a combination tennis shoe and moccasin, a buck-style lace-up, a Wallabee/moccasin-inspired lace-up, a driver/walking shoe, and a cap-toe saddle shoe, all featuring either rubber or Goodyear-welted soles. Many of the shoes are created from unusual materials—rubberized deerskin, cotton mesh, elk skin, woven suede—and come equipped with calfskin or neoprene linings. The shoes, priced from $450 to $1,200, are available exclusively for spring at Saks Fifth Avenue and Jeffrey New York. (+39.02.783988, www.casbia.com)