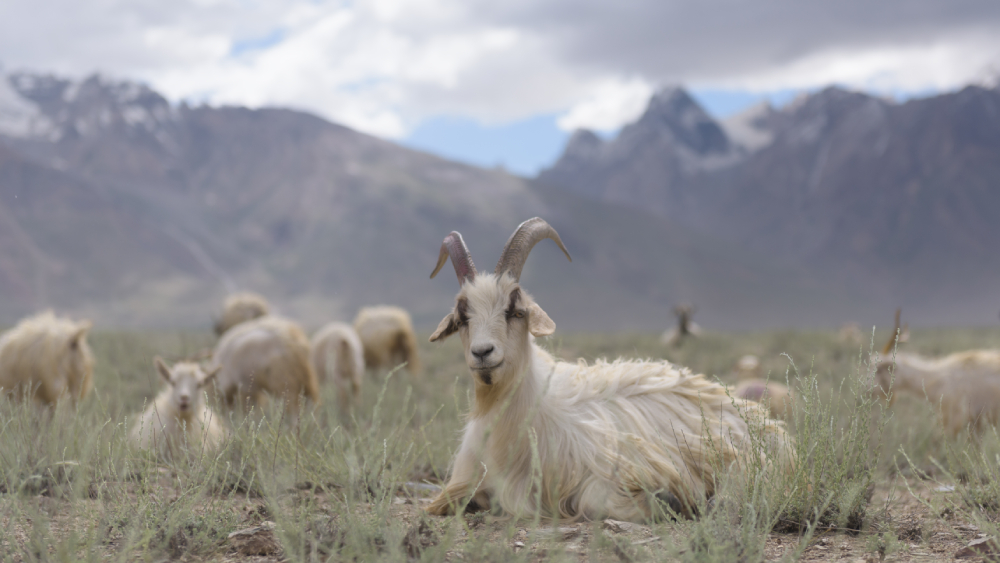 For years, it seemed that cashmere production simply wouldn’t be able to keep up with exploding demand. The expansion of luxury groups and the fine knits purveyors nearly caused the supply chain to buckle. But now, in a pandemic-stricken economy, Mongolia is saddled with too much product as global trade has essentially halted.

Cashmere farming has become something of a lightning rod as it relates to sustainability. Herding cashmere goats (from which the wool and name are derived) requires extensive tracks of land, and their collective grazing is rapidly contributing to desertification in the arid, mountainous region. However, nearly a third of Mongolia’s three million people rely on the trade for work, and global demand has only increased––until now.

“There is almost no demand for cashmere,” Shu Quming, a Chinese trader, told Nikkei Asian Review. “I can’t tell the price because of the uncertainty, so I am not buying now.” These circumstances have led the price of a kilo of raw cashmere to plummet to 45,000 tugrik (about $16) compared to 110,000 tugrik (about $39) just last year. The drastic change has left farmers and their creditors in a bind. “It seems like this pandemic has killed everything for us,” Munkhsaikhan Telmen, a cashmere herder with 200 goats told NAR.

Though Mongolia produces a whopping 40 percent of the world’s cashmere, it is heavily reliant on Chinese buyers who purchase the wool for additional processing so it can be sold again to be turned into clothing. Mongolia is so linked with cashmere production that the natural hair remains the country’s top non-mineral export worldwide.

Outside of Mongolia, the dire economic atmosphere brought on by the Covid-19 pandemic has caused European buyers to cancel orders. “My partners in Italy don’t talk about business or price at all,” Bayarmaa Byambaa, chief executive of Khatant International (a cashmere processor) explained of her top market to NAR. “All they say is, ‘Stay healthy then we will meet someday.'” She and others in her sector are considering branching into other fibers like regular sheep’s wool to keep their businesses operational.

Mongolia is set to elect a new parliament next month, and politicians are feeling pressure to address the impact of Covid-19. For his part, Prime Minister Khurelsukh Ukhnaa announced that herders will receive a subsidy of 20,000 tugrik (about $7) per goat.

As for the private sector, herders and other local suppliers appear to be receiving little support from the luxury conglomerates that only a short time ago were touting investments in the area. Loro Piana, part of LVMH, made a documentary about cashmere herders and how the brand was supporting local communities in restoring balance to the ecosystem upended by global demand for the soft underbelly hair of its goats. (For context, from 1993 to 2009 Mongolia’s livestock population exploded from approximately 23 million to 44 million.) Even Kering, owner of brands like Gucci and Bottega Veneta, has made public declarations of improving cashmere’s sustainability for long-term growth by working with people on the ground. But so far, in this crisis, neither conglomerate has offered financial support for the herders who have lost their livelihoods as a result of the pandemic.