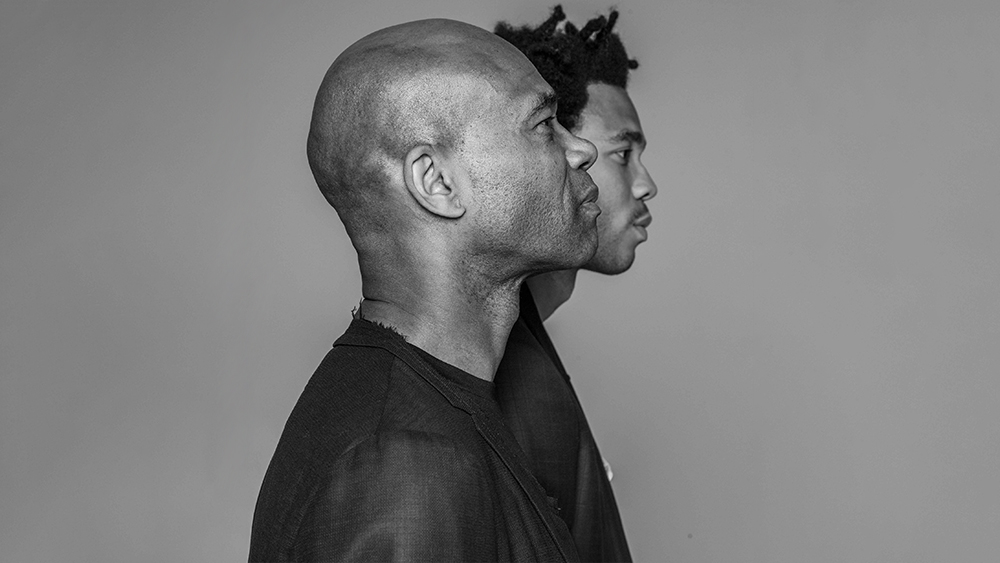 If London tailoring’s scene is best known for its traditionalism, Casely-Hayford is the exception that proves the rule. Helmed by 34-year-old British designer Charlie Casely-Hayford, the house has created contemporary, directional tailoring since 2009, both custom-made and ready-to-wear.

It’s also a thoroughbred family business. The brand was co-founded by Charlie and his father, the late Sir Joe Casely-Hayford, who’s credited as one of the most consistently progressive and inspiring British fashion designers of the 21st century. As British Vogue put it: “He revolutionized the face of menswear by uniting his formal Savile Row training with his own radical spirit.” Tragically, Joe passed away in 2019, aged just 62, but he left a remarkable legacy as the first designer of color to champion British fashion internationally—and pick up a slew of awards in the process.

Between his father’s passing and the disruption wrought by Covid-19, it’s fair to assume that the past two years haven’t been straightforward for Charlie. Nevertheless, as we sit together on a Zoom call one gray London afternoon, he seems surprisingly collected, energized even—like a man who’s fought to the top of the mountain, collected his stone tablets and now has all the answers for how to move forward.

“It’s been a struggle to execute a lot of our plans this year, for sure, but 2020 has also brought on about half a decade’s worth of good ideas in a six-month timeframe,” he says, adjusting his dark spectacles and smiling at me through his screen. “For the fashion system to change requires huge momentum. Independents like us are beholden to the big brands most of the time, but we can finally make some of the moves we’ve wanted to make for years because big players are being forced to change. My dad’s mantra was always ‘slow fashion,’ and we’ve been working hard to re-assess what that means to us.”

Plainly, Joe Casely-Hayford’s life-long commitment to responsible consumption (his first collection featured shirts and jackets made from up-cycled military tent canvas) couldn’t be more relevant today. This year, many designer brands have been forced to admit there’s a problem with fashion’s relentless seasonal cycles—whether Saint Laurent canceling catwalks and choosing instead to follow “its own rhythm” or Brunello Cucinelli advocating for brands to “avoid the fads.” For indie brands like Casely-Hayford, the waning pressure to keep up is a breath of fresh air.

“The amount of clothing the industry generates every year bears no relation to the modern consumer,” Casely-Hayford continues. “I’ve been asking myself why the words ‘bespoke’ and ‘made-to-measure’ only apply to tailoring. Why can’t you have a bomber jacket, trenchcoat or collared shirt made through the same process, which is far less wasteful? That’s something we’re going to keep working on next year.”

Of course, 2020 has offered the fashion industry an opportunity to reset in more ways than one. The Black Lives Matter movement shook up luxury brands across the world over the summer, highlighting huge inequalities of opportunity and representation in the fashion industry. Now, with the year drawing to a close, Joe Casely-Hayford is to be celebrated in a new initiative called The Missing Thread, led by the British Fashion Council’s Institute of Positive Fashion.

Created in partnership with the Black Oriented Legacy Development Agency, The Missing Thread will celebrate black British style and culture from 1975 to the present, and revisit many of Joe’s achievements in the process. He first rose to fame in the 1980s, dressing the likes of Bono and The Clash for their live tours. He went on to drag Gieves & Hawkes into the 21st century as the house’s creative director, and receive an OBE (the Order of British Empire medal, which is awarded by the Queen) for his services to fashion. The exhibition is slated for 2022 and promises to be a fitting tribute to Joe, who quite apart from his impact on fashion, in turn walked in the footsteps of his father, J. E. Casely-Hayford, who was a prominent barrister, politician and civil rights leader.

This is welcome news for Charlie, who is often still frustrated by the media’s presentation of his father’s work. “He spent his career fighting through stereotypes and boundaries,” he explains. “He was always pigeonholed as the ‘best black designer’. The words ‘black’ and ‘up-and-coming’ were always there—according to the fashion press he was ‘up-and-coming’ for 20 years. So, it’s a great thing for me, as his son, to read about The Missing Thread and to see him as the figurehead for a new initiative like this.”

Today, Charlie is frequently held up as one of the ‘leading black designers’ in British fashion, just like his father was before him. While often a compliment, this moniker can also feel depressingly tokenistic at times too, harkening back to the pigeonholing accolades that Joe Casely-Hayford used to receive in his day. It’s a reminder that the fashion industry still has many miles of ground to cover when it comes to equality and representation.

“It feels like there’s some movement in the right direction, but there’s still a lot of work to be done,” Charlie says. “This summer, the industry’s response to Black Lives Matter was largely a box-ticking exercise. It felt that the majority of brands were just looking for an easy way out, to post a black square on Instagram and move on as quickly they could. You can see it in fashion casting too; brands think ‘Oh, we’ll use a black model’ and then it’s like ‘Great, we’ve done our bit.’ Actually, change really happens in company boardrooms. If you can change the conversation from top to bottom, it will start to filter through. A lot of it comes down to accountability, and the lack thereof, in fashion right now.”

As our conversation draws to a close and we return to Charlie’s 2021 objectives, his eyes light up again. “Alongside the move towards more made-to-order products, I’m returning to the idea of a modular wardrobe,” he says. “I’ve always believed in buying fewer things and building a fit-for-purpose wardrobe over time. We’re trying to think carefully about creating pieces that are interchangeable, not just within collections but across seasons. We’re really trying to put the client first and build a world around them.”

It’s early days for this new formula, but there’s no doubt that Casely-Hayford is holding his own brand accountable, and carving a path for change in British fashion once more.