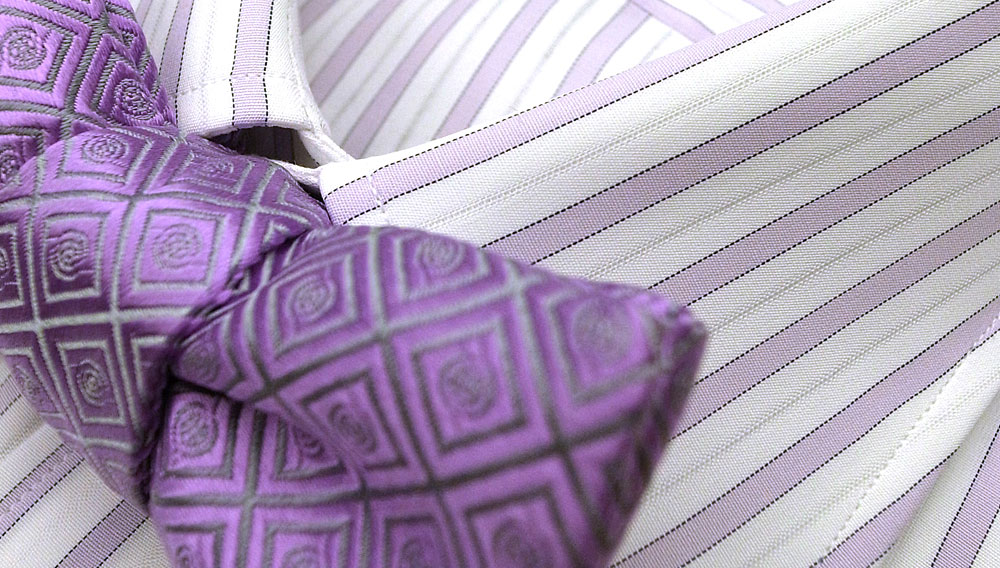 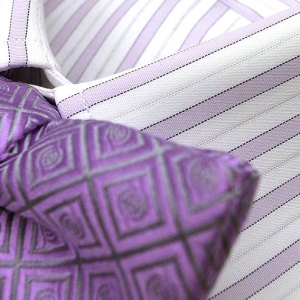 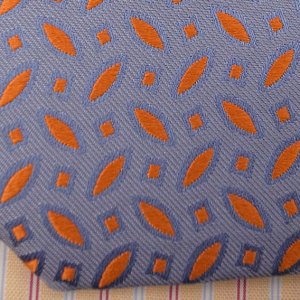 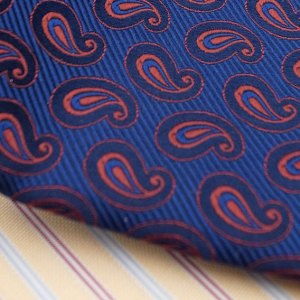 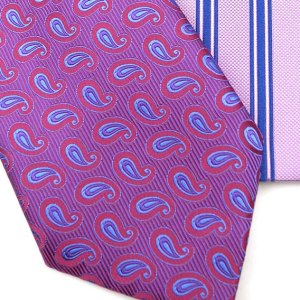 Christophe Charvet built his reputation in the mid-19th century as a shirtmaker, but the Paris-based shop that still bears his name is equally known these days for its neckwear, which is entirely handmade and produced in France from one of the largest selections of fabrics ever assembled. Everything from silk twills and failles to grenadines, satins, crepes, rep stripes, and ottomans can be handcrafted into a necktie at your request. For spring 2010, the family-owned company went into its extensive archives and discovered a series of 19th-century hand-blocked prints that they streamlined to enhance their graphic impact and later reworked into woven silk neckwear fabrics. The company’s ties are made from three pieces of silk material cut at a 45-degree angle across the weave and stitched together before being hand folded into shape. Because any tie offered by Charvet can be custom made to suit your height and weight, you’ll never have to worry about the standard 57-inch ready-made necktie coming up short.

Fearing that his favorite men’s store was in danger of going bankrupt or, worse, that it would fall into the hands of American investors, former French general Charles de Gaulle confided in the early 1960s to a fabric supplier named Denis Colban (then an advisor to France’s trade minister) that various factions of the Charvet family were financially strapped and divided in their loyalties to the business. When de Gaulle suggested that a local buyer be found to keep the business on French soil, Colban saw it as his patriotic duty to buy the brand himself, which he did in 1963. Today the company is still owned and operated by the Colban family.