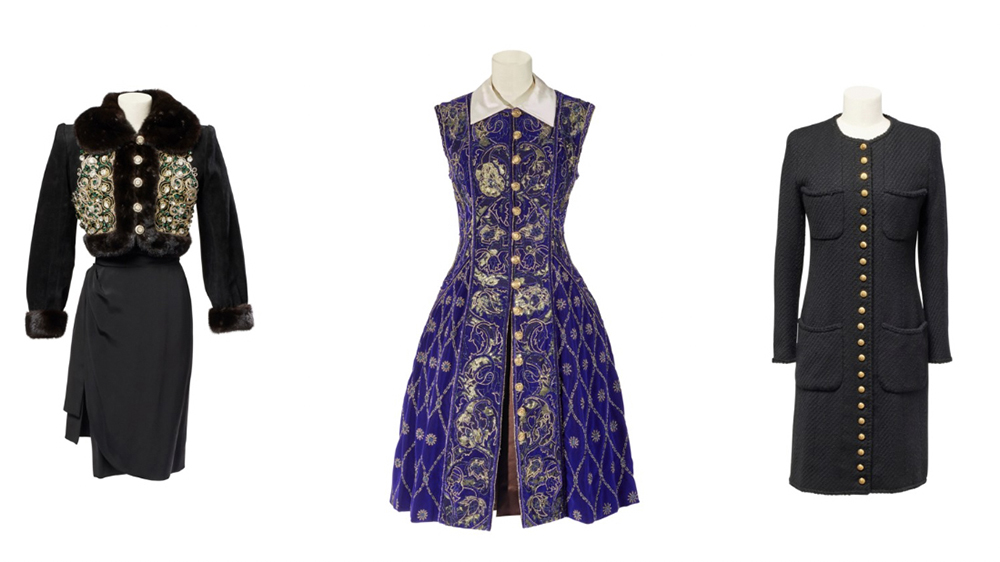 The runways of Paris Fashion Week aim to spotlight the styles of the future, but Christie’s upcoming auction is dedicated to the looks of the past.

The online sale, which will take place from January 11 to 25, includes 114 haute couture pieces by some of the 20th century’s most prolific designers. Think Christian Dior, Yves Saint Laurent, Karl Lagerfeld and Hubert de Givenchy, to name but a few.

The V.W.S. collection was assembled by a family fleeing the persecution of Russia’s Tsarist Empire in the early 1900s. V.W.S. are the initials of the family’s patriarch, who hightailed it from Russia to China to France, collecting art, fashion and decorative objects along the way.

Dating back mainly to the 1970s, ’80s and ’90s, the couture in the Fashion Week sale highlights the skill and savoir faire of various fashion greats. The collection includes cocktail dresses, suits and embroidered garments that promise plenty of color, elegance and drama.

Take, for instance, the violet velvet Chanel dress from the ‘80s that is entirely covered with pearls (high estimate: $6,449/€6,000) or the Yves Saint Laurent jacket adorned with sequins, gemstones and golden leather (high estimate: $5,374/€5,000) There are more subdued pieces, too, such as a Hubert de Givenchy’s black velvet ensemble that dates back to 1979 and pays tribute to Elsa Schiaparelli (high estimate: $1,289/€1,200).

The collection will be on display in Paris from January 19 to 25. Christie’s says 5 percent of the auction proceeds will be donated to the Arts Décoratifs Museum in Paris.

Consider it couture for a good cause, then.