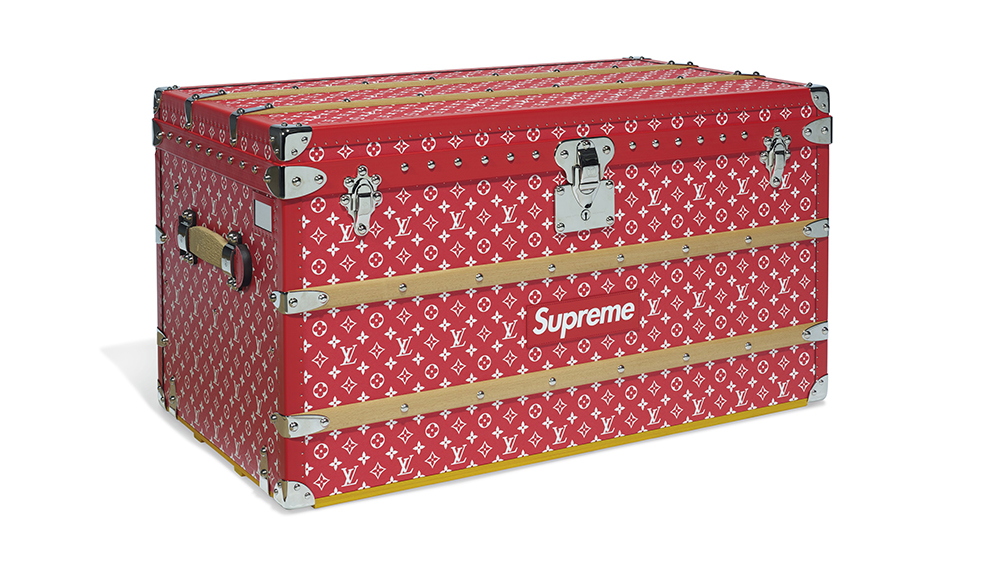 Supreme may have started as a small, hole-in-the wall skate shop in Manhattan, but the streetwear brand has grown into a  global pop culture behemoth—with goods that are now literally treated like fine art. Earlier this summer, Sotheby’s held a sale of 1,300  items from the brand. Now, Christie’s New York is upping the ante with a Supreme auction of its own.

Kicking off later this month, the “Handbags X HYPE” sale will include the largest selection of Supreme gear ever offered by the auction house, according to a press release. The auction will see some of the most in-demand Supreme items of all time going up for grabs, including skate decks, a pinball machine and a Louis Vuitton trunk, alongside a number of limited-edition handbags from other brands.

While not as comprehensive as Sotheby’s summer sale, “Handbag X HYPE” has plenty of items streetwear fans will be desperate to get their hands on. For long-time followers of the brand, there are several complete sets of skateboard decks from blue-chip artists like John Baldessari, Robert Longo, Ryan McGinness, Marilyn Minter, Takashi Murakami and Peter Saville (expected to sell for between $2,000 and $15,000 each). And because this is Supreme, there are also a number of outlandish and bizarre accessories, like a Stern pinball machine ($30,000 to $50,000), an Everlast punching bag ($10,000 to $15,000) and the crown jewel of the items on offer: a red and white Louis Vuitton Monogram Malle Courrier 90 Trunk ($50,000 to $60,000).

To organize the sale, the auction house ventured out of house, recruiting curators with knowledge of both streetwear and the brand’s legacy: Ibrahim Itani, the founder of Plus, a Canadian streetwear superstore, and Byron Hawes, whose book Art on Deck: An Exploration of Supreme Skateboards is due out this week from powerHouse Books.

“Supreme represents a highly crafted collaborative vision of broader culture. Like Warhol’s Brillo Pad ‘box’, these objects are pop art iconographs,” Hawes said in a press release. “The skate decks retain this spirit with the added layer of being physically emblazoned by some of this century’s most illustrious artists. Supreme has always managed to meld a range of influences. The curation of this sale with Christie’s is very much in keeping with that as the selection we chose presents the essence of Supreme at the cross-section of contemporary art, design, and collectible accessories.”