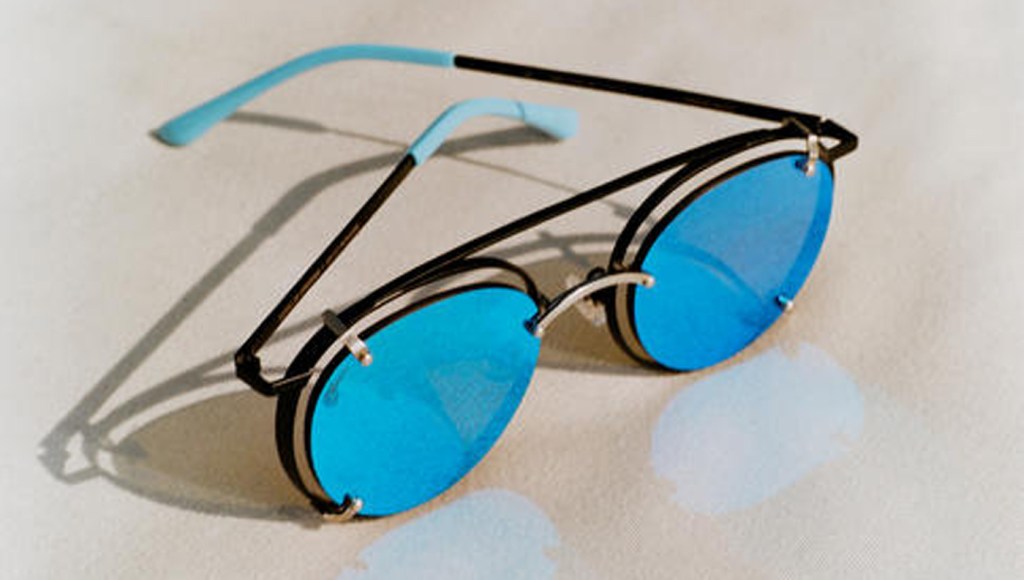 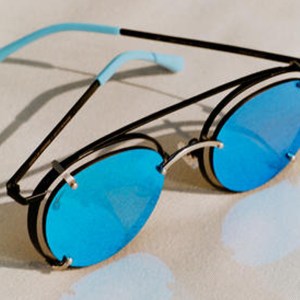 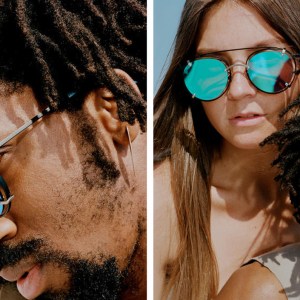 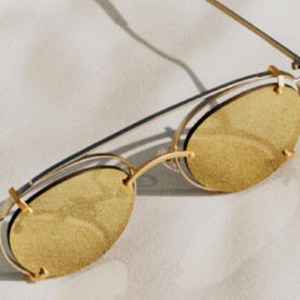 The eyewear features mirrored lenses that are suspended in front of the frame on a series of arched supports, which gives an added allure to the optical-illusion design. The Vision Quest logo is emblazoned on the upper corner of the left lens, while the Gentle Monster and Rafael de Cárdenas collaboration logo is laser-etched onto the frame. There are two offerings in the collection: a matte-black frame with blue mirror lenses and a brushed-silver frame with gold mirror lenses.