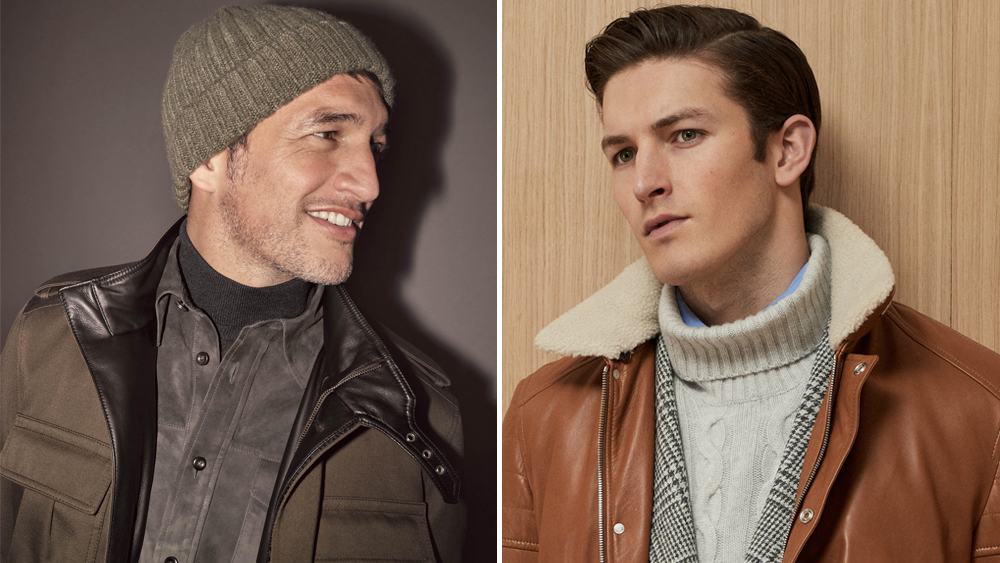 Courtesy of Brioni and Brunello Cucinelli

In my job I regularly meet some of the most stylish men in the world. And while they might dress very differently, the thing that unites them is their ability to mix styles successfully. They’ve mastered the basics of dressing well, and now they play around with aplomb.

This is impressive because it’s hard to do. Most sneakers look terrible with suits. Most T-shirts look out of place under a blazer. My recommendation to any man would be to avoid such experiments because, frankly, the chances are you’ll end up looking like a teenager or a fashion victim.

But there’s one area that is substantially easier than any other, that enables a tailored man to gently subvert the stuffy assumptions of suiting without looking like he has dressed in the dark. And that is casual outerwear.

For example, in the winter, exchange that double-breasted navy overcoat for a chunky-toggled duffle coat in the same color. It’s practical, it’s classic, but it’s definitely more relaxed and unexpected than the more traditional alternative.

On a rainy fall day, perhaps switch that Burberry trench for a fishtail parka—preferably vintage, or a very good re-creation of a vintage piece (modern parkas have little character). The battered green cotton of the parka is not what the average maître d’ would expect to hang in the cloakroom. But if you wear it well, it instantly separates you from the pack in the bar or restaurant lobby. The suit underneath is suddenly not just a corporate uniform: It, like the coat, is a conscious style choice.

The reason this approach is easier than other unexpected combinations, I think, is that outerwear is still rooted in menswear traditions. The duffle coat would have been worn over a British military uniform, comprising a jacket, a shirt and trousers. Equally, the parka has a history in the American armed forces, worn over a uniform in Korea, though it also has a more modern antecedent, namely the English mods, who wore fishtail parkas over their mohair suits to protect them from their oily scooters.

There’s nothing traditional or practical about wearing a T-shirt under a suit jacket. It just looks like a statement, nothing more. (And by the way, that tee/jacket combination looks good only on men with great physiques—and almost anything looks good on them.)

The high/low outerwear look is easier over a more casual suit, or a sports jacket and pants. My favorite combination is a tweed jacket, flannel trousers and a duffle coat: It’s tailored, but there’s nothing remotely old-fashioned or business-like about it.

A suit works, too—it’s just that the contrast is greater. Barbour jackets have become very popular in this vein. The waxed cloth ages quickly and attractively, plus it’s waterproof, a big bonus in outerwear.

A field jacket is also a possibility, the only risk being they are often shorter than the suit jacket underneath (so this might be worth trying if you’re a little on the short side yourself ). Vests are usually impractical because of their length. If the outerwear is five inches shorter than the innerwear, then it’s clearly not doing its job properly.

Finally, it hopefully goes without saying that this is not a blanket endorsement of any type of coat. Ski jackets and down-filled parkas are very different. They are sportswear. You may have to wear one in the winter through the sheer need to survive a blizzard, but it should not be a style choice. Go find an original duffle from Gloverall or Invertère instead. Or ask your personal shopper to scout vintage stores for just the right parka. It’s the M-51 you want, ideally with the original liner. You—and others—will notice the difference.