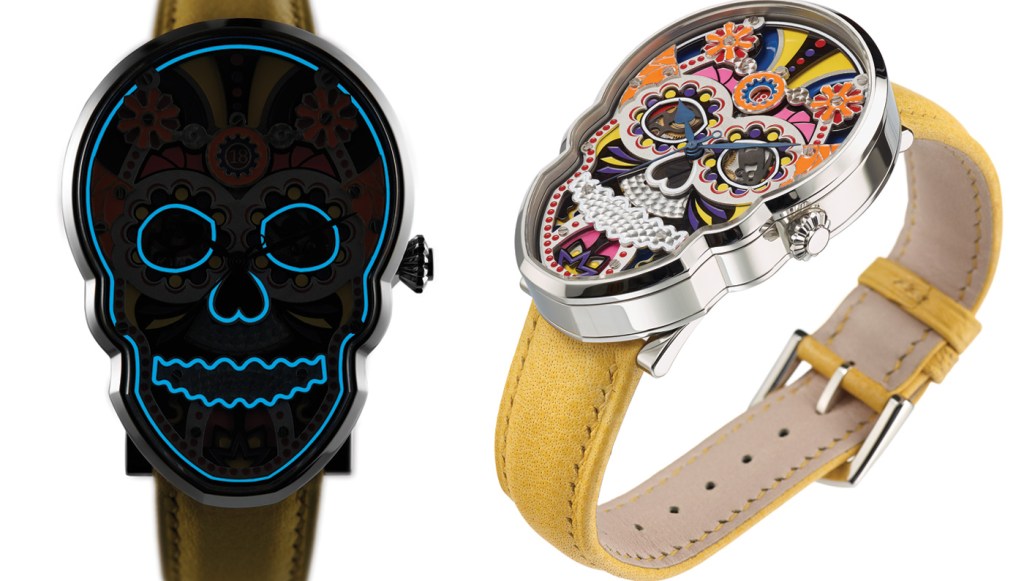 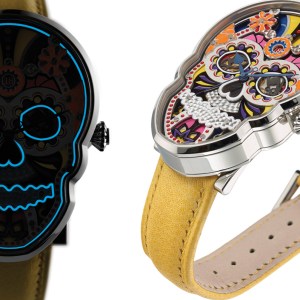 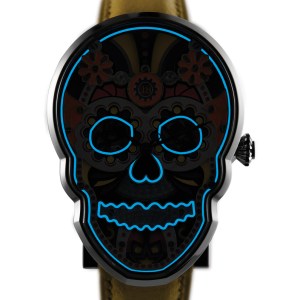 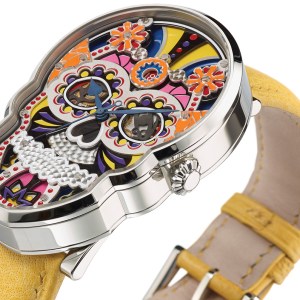 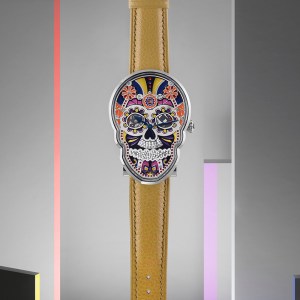 While attending a ­master’s-degree program in Switzerland, Fiona Kruger, a young Scottish design student, was given her first real exposure to watchmaking—an experience that ultimately steered her budding career in a new direction. “I had never seen people working on such a minute scale or with such precision,” she recalls. “I realized a watch doesn’t have to be round; it can be anything you want to design.”

Parlaying her new perspective into a school project sponsored by Audemars Piguet, Kruger designed a highly detailed skull-shaped watch informed by her own notions of time and mortality. She decorated the watch’s elaborate dial with motifs inspired by the Day of the Dead celebration in Mexico, where she had resided for a few years as a child.

While the skull watch was far afield for Audemars Piguet, the design received an enthusiastic reception from the company’s then creative director, Octavio Garcia, whose praise convinced Kruger to build a full-scale prototype as a diploma project. Thanks to the benevolence of key industry figures—including independent watchmaker Peter Speake-Marin, who agreed to help with the assembly—Kruger managed to complete her watch in the final weeks of her 2011 school term. While she took a teaching position after graduation, she spent her off hours refining the design and finding the right suppliers to enable her to debut a series of 12 commercial pieces in late 2013.

The greatest challenge Kruger has faced has been establishing supplier relationships: Not only is she a non-Swiss in a very insular industry, but the unusual nature of her designs can be off-putting to the more conservative personalities within the watchmaking establishment. While skull-themed watches date back to the earliest days of mechanical clockmaking, Kruger’s creations sport highly original details. The three-layer dials feature intricate cutaway sections that provide a view of the movement and reference the traditional art of skeleton watchmaking. In the case of the Celebration Skull—a 24-piece edition Kruger released last year—the combination of colors and a glowing Super-LumiNova finish strike a festive contrast to the more somber aspects of the timepiece. “Not all my suppliers understood at first what I was trying to achieve,” says Kruger, who is currently at work on a guilloche skull dial with independent watchmaker Kari Voutilainen. But when the renowned miniature painter Madame Gisèle Benoit, who does all of the lacquer and LumiNova work for Kruger’s pieces, warmly approved of the final product, the designer received all of the validation she needed. “That,” she admits, “was the best feeling of all.”