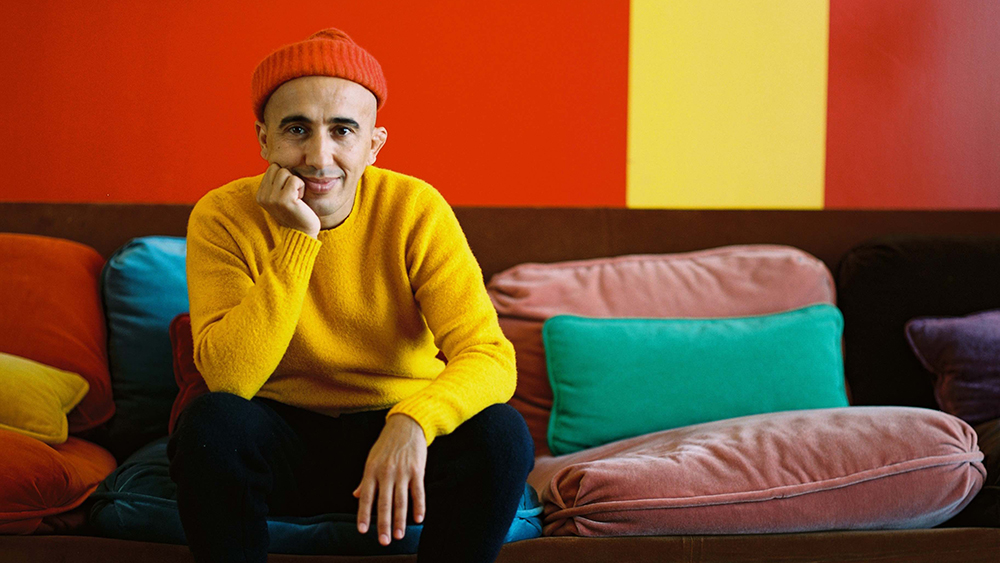 The son of Moroccan immigrants, Ramdane Touhami created his first brand, the T-shirt line Teuchiland, when he was just 17 years old; a year later, he was homeless on the streets of Paris. Since then, the artist, designer and serial entrepreneur has taken on the worlds of fashion, beauty, art and PR. He created the skate brand King Size and streetwear label Résistance, cofounded the concept store L’Épicerie alongside artist Artus de Lavilléon, co-hosted the French reality television show Strip-Tease, owned a café and donkey polo club in Tangier, Morocco, served as menswear director for Liberty London, revitalized Japanese fashion retail brand And A and resuscitated the storied Parisian candlemaker Maison de Cire Trudon.

Going on holidays. Seriously, I never take holidays, no more than three days. And for the first time, I did 10 days in the Swiss mountains with my family and friends. We went to the most beautiful little place, Chandolin.

No news. A world with no news could be an amazing world.

Google Translate. People send me messages in Korean, Japanese, Chinese, Arabic… Every morning, I have to send a message to my Japanese and Hong Kong staff. It’s a lot of languages.

I work out. It’s a nine-minute workout, a series of exercises using all the muscle groups.

A Turgot map of Paris, done in 1762.  Shutterstock

Listen more. Sometimes it’s better to listen than to talk.

Do you have any pets?

Yes, two dogs—one big, one small. A Braque and a Jack Russell.

To write kanji. I love the complexity: the fact that it says one word but means something else. I have a passion for Japanese, and I want to be able to read all books in Japanese.

Birkenstocks. I have 42 pairs.

No. I don’t wear black. Only rule.

Listening to strange podcasts, like by ex–Secret Service people. When I drive my car, I love to listen to podcasts. For me, it’s like being Zen. I can stop thinking about work.

A couscous dish served in a tagine.  Shutterstock

Couscous. It looks simple, but it’s very technical. I learned with the best teacher, who was my grandmother. I love to create strange couscous dishes, like I’ll mix a Moroccan harira with a Japanese udon.

Strange. I was homeless 25 years ago.

One hundred percent confident with a taste of paranoia.

Which are your three favorite stores?

Kapital and Akomeya in Tokyo, Buly in Paris.

Only in Japan, due to the sizes. I am short!

What do you most regret?

Not laughing enough per day.

I drive, always. I’d rather drive a car than take a train or a plane because I love the ride.

Now! Forty-five is the best—not too old, not too young, not too stupid.

Two simple things: a passport and a credit card. You don’t need more.

Of course, and I’m militant about it. We need to write.

Not Netflix, but HBO. Succession. Oh my God. Amazing.