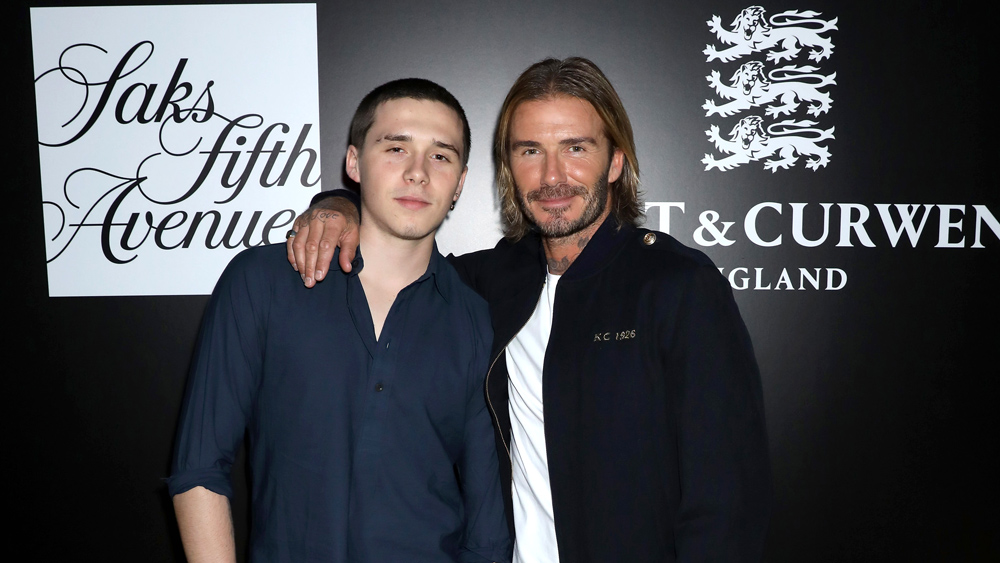 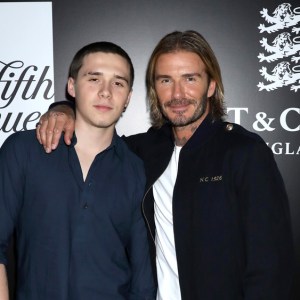 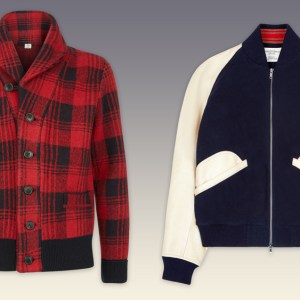 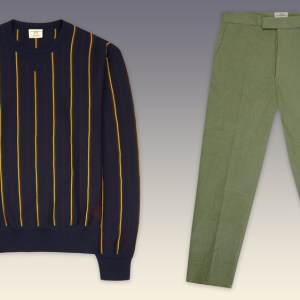 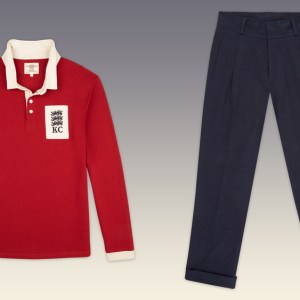 Working with Kent & Curwen’s creative director, Daniel Kearns, the duo researched the company’s extensive archives dating back to 1926 and infused a contemporary spirit into several iconic pieces. A favorite of Beckham’s is the company’s Edwardian-style topcoat worn by officers during the Great War. Using the same gray woolen fabric made on the original looms, Beckham helped modify the silhouette for today’s man. “We see this British frock coat worn with jeans and a sweater in a more relaxed style,” says Kearns.

The company’s roots in British sportswear is evident in everything from sweaters with cricket stripes to knitwear and T-shirts embroidered with Kent & Curwen’s signature crests and English rose emblem. “Kent & Curwen can lay claim to the origin and colors of many of Britain’s sport clubs,” says Kearns, who has maintained that collegiate feeling in more modern, sporty silhouettes. In fact, company founder Eric Kent made the cricket uniforms for the Hollywood Cricket Club back in the 1930s when his friend, actor Aubrey Smith, played the sport alongside Cary Grant. Those iconic cricket sweaters became part of Grant’s signature style during his heyday in Hollywood.

A new collection of rugby-style sportswear features shirts and trousers that are prewashed and dyed for comfort and an aged look. Says Kearns, “With washing and stressing, we give everything a more comfortable look and feel.”

Standout pieces include a series of bomber jackets and parkas inspired by British indie bands from the late ’70s and early ’80s, along with the Langley bomber (Kearns’s favorite) made in a combination of wool and leather, available with patches and embroidery. Next for the brand is a London store opening in Covent Garden later this fall.