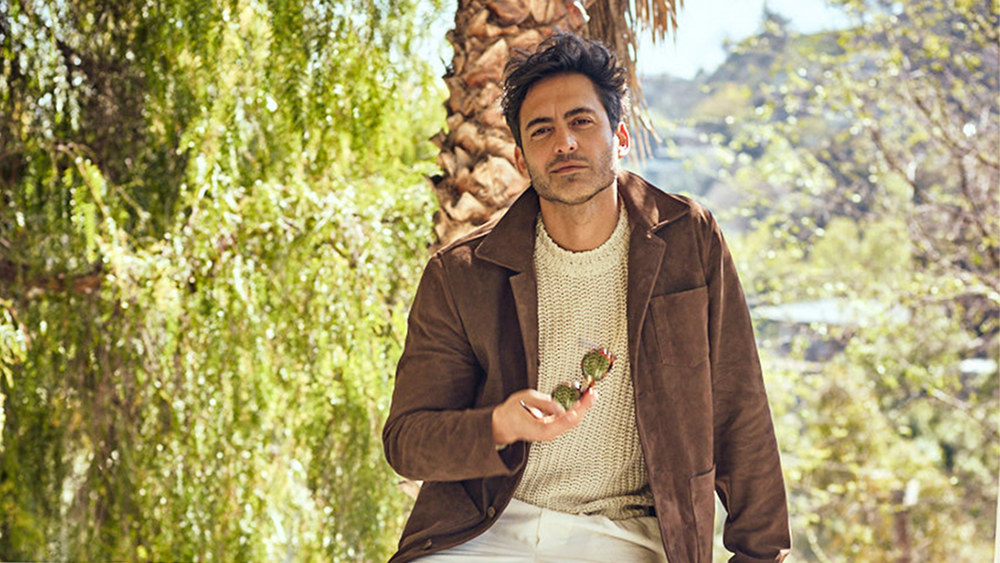 Denis Frison has long marched to the beat of his own drummer. His eponymous tailoring business, founded in 2016, stood out in a crowded field by crafting bespoke and made-to-measure garments from painstakingly sourced vintage fabrics. With showrooms in Manhattan and Beverly Hills, Frison services actors, artists, architects and other creatives for whom luxury isn’t defined by price tag, but by provenance.

“When you can pick one jacket or one suit and you are the only person in the world who can wear that, I think that’s something unique and super luxury,” Frison tells Robb Report, summarizing the house ethos.

Now the world of Denis Frison is more accessible than it ever has been, thanks to the label’s first-ever ready-to-wear collection, available via its freshly launched e-commerce site. However, Frison doesn’t think of it as an online business in the traditional sense; he considers it a digital bottega, using the Italian word for a small workshop or studio, like the hat store owned by his grandmother outside of Milan that served as the backdrop for much of his childhood.

What gives his online offering that bottega flavor, according to Frison, is an emphasis on capsule collections. Every two-to-three months will see the release of a new collection comprising a small number of readymade and made-to-order items, all produced in Italy but themed around a distinct location. The inaugural collection is dubbed “Weekend in Malibu,” and is stocked with the kind of casual, effortlessly cool garments that a modern-day Steve McQueen might be caught wearing poolside: French terry hooded sweatshirts, point-collar popovers and pleated drawstring pants made from vintage cotton.

While the one-of-a-kind factor that’s so integral to his bespoke business can’t be replicated in ready-to-wear, Frison says his capsule collections will be made with fabrics either designed by himself, made exclusively for him or, in rarer cases, vintage fabrics sourced on his travels.

A demonstration of the first instance can be found in the Dallas shirt, whose washed chambray iteration is based on two meters of a 1960s cotton Frison discovered in New York and sent to his business partners in Italy, who reverse-engineered it into a new fabric for his collection. As for found fabrics, examples include the Indy overshirt made from deadstock Italian military fabric, and the Malibu overshirt cut from vintage cotton.

“Every time I find something unique and cool, I’m going to make a new piece for e-commerce,” Frison says.

The bigger ticket items, which may carry over from season to season, are available made-to-order with an expected delivery time of 15 days. These include the Giovanni suede jacket, inspired by a piece that Frison’s grandfather—“one of the most elegant men in Milan”—wore while making furniture in his workshop, and the Indy leather jacket, modeled after pieces associated with mid-century race car driving.

“It’s always connected to my passions,” says Frison, whose love for racing influenced more than just the clothes: Francesco Bauco, an Italian actor and friend of Frison’s who played the Formula One racer Lorenzo Bandini in Ford vs. Ferrari, served as the model for the collection’s photoshoot.

Though Weekend in Malibu’s assortment is decidedly casual in comparison to Frison’s bespoke and MTM wing—which he says is comprised of about 80 percent tailoring—made-to-order blazers may make an appearance in winter. The next collection, tentatively planned for September, will have an Aspen theme centered around cashmere.

While the next collection’s finer details remain TBD, buyers can bet that Frison’s digital bottega will continue to surprise. “This is the passion of my life,” he says. “I grew up with the aim to make something unique.”