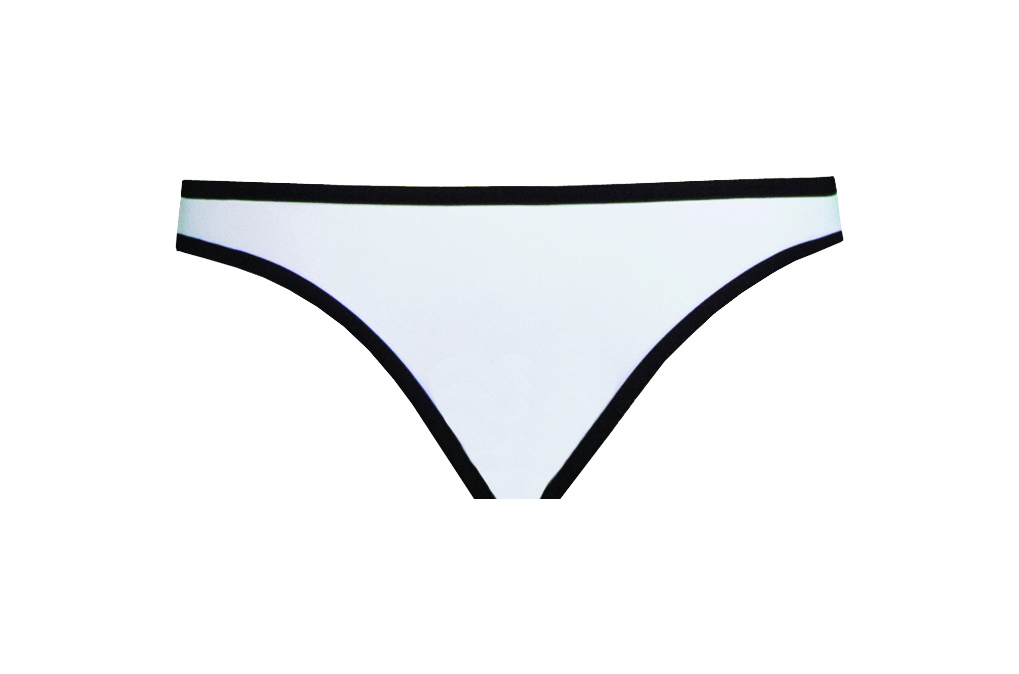 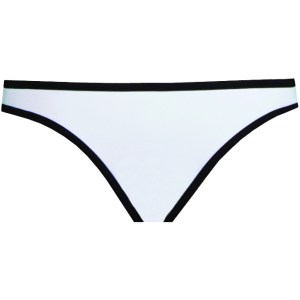 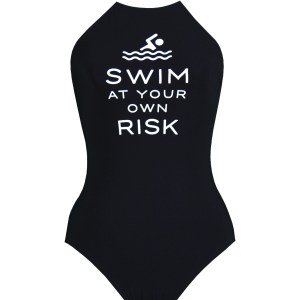 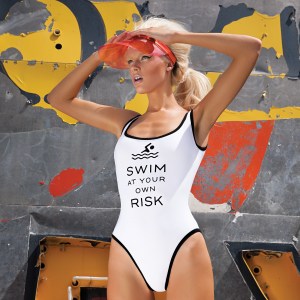 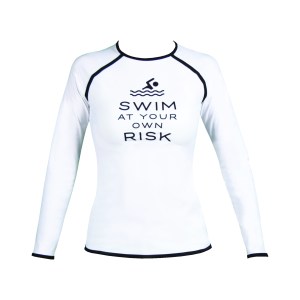 On the heels of judging the global 61st Cannes Lions International Festival of Creativity in France as one of two US judges in the Design category, Pum Lefebure, co-founder and Chief Creative Officer of Design Army, just released her first swimwear collection, Swim At Your Own Risk, in collaboration with Karla Colletto. A capsule collection for Colletto’s Cruise 2015 line and Lefebure’s first venture into fashion design, the five-piece graphic swimsuits and beachwear debuted at the Miami Swim Show on July 19th.

“The Swim At Your Own Risk Collection was a little spur of the moment,” Lefebure says. “Karla wanted to try a new applique technique, so we experimented with the typography approach. That’s the benefit of working with someone for a long time — I feel like I’m part of the client’s brand.”

Design Army has been working with the Karla Colletto brand for more than 10 years, rebranding the company and producing award-winning marketing campaigns, including an underwater video to launch last year’s Cruise line.

“Pum and I have a good working relationship and our visions go together… so it was an easy collaboration because we tend to all like the same things,” Colletto says. It was a natural progression to partner on a swimwear line. “We knew that she would put her own spin on the phrase ‘Swim At Your Own risk.’ And the typography trend is so big now,” Colletto adds.

“It has an athletic, sporty feel, but it’s also very sexy,” Lefebure says. “It has an ageless quality but also makes a statement. The idea of ‘Swim At Your Own Risk’ has an attitude and humor to it. I wore the suit in Cannes and people reacted to the humor of it.”

The swimwear collection is just the beginning of Design Army expanding into other areas of design. “We want to collaborate and co-create our own version of lots of things. It could be a boutique hotel, a candle, a textile design,” Design Army’s Chief Creative Officer says.

As a global tastemaker and board member of The One Show, Lefebure regularly speaks nationally and internationally about the latest developments in design, including recently in Copenhagen, Oslo, Beijing, and Mexico, as well as judges elite design competitions including Cannes Lions in June, where Lefebure was chosen by a rigorous selection process and representing creative industry leaders from around the globe. Cannes Lions jurors judged more than 35,000 entries from all over the world.

“It’s never been a more exciting time to be a designer,” says Lefebure. “Design is the visual heart and soul of every brand – it’s the essential element. Design stirs sensibilities, sways opinions and touches hearts.” Lefebure also developed “Pum’s Guide to Paris” while in France, shopping for her new home in Washington, DC, as well as suggesting the best places to see, shop and dine.

Often featured in prominent design industry publications, such as Communication Arts, Graphis, HOW, Print, STEP, and Novum, Lefebure is known not only for her graphic design expertise, but also for her art, photography and video direction, magazine design, and branding and marketing campaigns, including the development of a street paper for Washington, DC-based JBG Companies. Clients include Bloomingdale’s, Verizon, World Bank, Disney, Adobe, and Neenah Paper. She is the creative director for Washingtonian Mom and Bride & Groom and recently developed a prospectus for the Smithsonian and Lucasfilm for its fall exhibition: Star Wars and the Power of Costume. Lefebure has also been featured in The Washington Post, Washington Post Magazine, Refinery 29, Dwell, Amtrak’s Arrive, Design Bureau, Audrey, among others, as well as appeared on ABC and Fox discussing her design vision and inspiration.

Lefebure has been named one of 50 People to Watch by Graphic Design USA, a Rising Star by Washington Business Journal’s Women Who Mean Business, and One of 37 Creatives Most Lusted After by Rival Agencies by Business Insider. Design Army has won more than 500 awards including One Show Gold Pencils, Art Directors Club Cube, D&AD, Red Dot Award, AIGA 365, I.D. Annual Design Review, National Addys, SPD Award, and Type Directors Club.

For more information about Pum Lefebure, Design Army and the Swim At Your Own Risk swimwear collaboration with Karla Colletto, contact Sherry Moeller at sherry.moeller@mokimedia.com or 301.807.0910.