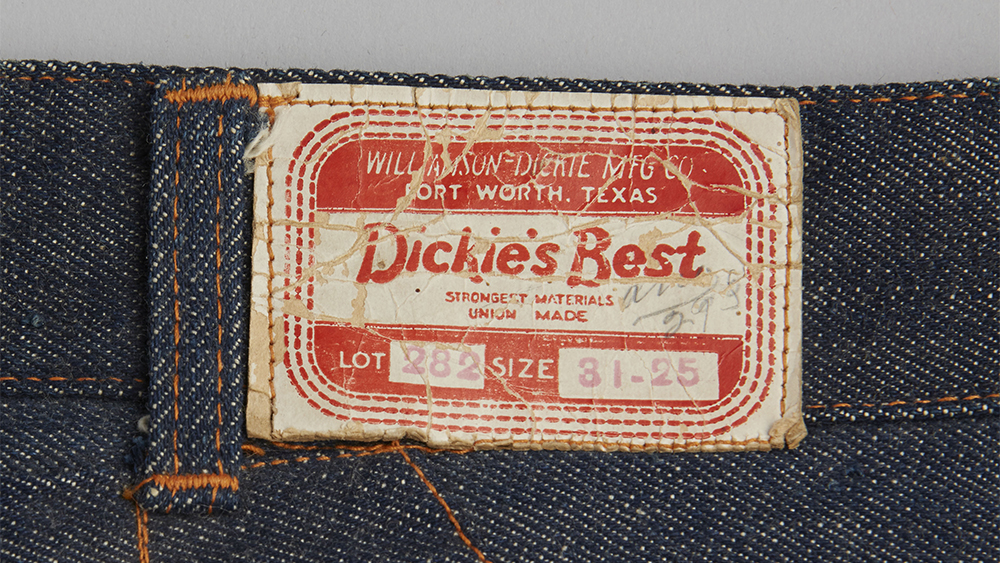 There aren’t many clothing manufacturers that have contributed as much to their home nation as the American workwear stalwart Dickies, which celebrates its 100th anniversary this year. Founded in Texas by cousins EE “Colonel” Dickie and CN Williamson, the brand was born from humble roots, with the sole “purpose of celebrating and enabling the makers of the world to be better at what they care so deeply about,” says Sarah Crockett, Dickies’ global CMO.

Fast-forward 100 years and Dickies’ mission statement has remained true. Along the way, the brand has consistently innovated and diversified its collection. In the process, it has transcended its workwear roots to become a cult favorite of menswear enthusiasts from Junya Watanabe to A$AP Rocky.

Up until World War II, Dickies primarily serviced blue-collar laborers with garments that could withstand the toils of tough work. The first product that the cousins engineered was the bib overall, constructed from hard-wearing denim and replete with strengthened pockets to safely store away vital tools of the trade. Like many garment manufacturers, World War II forced Dickies hand in supporting the war effort, and the brand was tapped by the American government to make 9 million heavy-duty twill uniforms for the US Armed Forces.

Its most iconic creation of this era, though, is undoubtedly what’s colloquially known as the Eisenhower jacket, named after general (and soon to be president) Dwight D. Eisenhower. Still in production today (albeit a much more contemporary, streamlined version), it’s a cropped utility jacket featuring the trifecta of functionality, style and durability with fans ranging from Kanye West to Olivia Rodrigo.

Post-war, Dickies nodded to the popularity of preppy style with a collection of timeless slacks and, in 1967, it released its most heralded design, the 874 work pant. Although it was—like all things Dickies—originally purpose-built for hands-on labor, there’s perhaps no tribe that’s more fond of the 874 than skaters. “Skateboarding is work in so many ways,” says Crockett. “Skaters need a durable product that protects them and stands the test of sweat, slides and time.” Now, Dickies has its very own skateboarding team.

Hip-hop is another culture that adopted Dickies in the later stages of the 20th century. From N.W.A. to Tupac and Biggie, many of the genre’s legends have worn Dickies throughout their time. “We are, in many ways, a blank canvas for people to express themselves in, and that is attractive to all walks of life,” says Crockett. At the most recent Super Bowl halftime performance, this association was made clear with Eminem, Dr. Dre, Snoop Dog and Mary J. Blige being supported by a dance crew all wearing beige Dickies “suit” comprised of a short-sleeve work shirt with and matching slacks.

Dickies on the job.  Dickies

Despite the wide range of Dickies’ devotees, the brand has always been consistent—undoubtedly, a large part of why it appeals to so many. “As we innovate, create new products and collections, we do it from a workwear first position, even if it’s a streetwear collab,” says Crockett. In recent years, the company has teamed up with everyone from Stüssy to Marvel with collections that draw heavily on its heritage of crafting rock-solid workwear.

To mark its 100th birthday, a new collection doubles down on all the quintessential Dickies-isms: hefty denim chore coats and double-knee trousers, sateen twill utility shirts and stonewashed work pants. As Crockett puts it, “innovating through the lens of our legacy is what has gotten us here, and what will get us to 200 years young one day.”