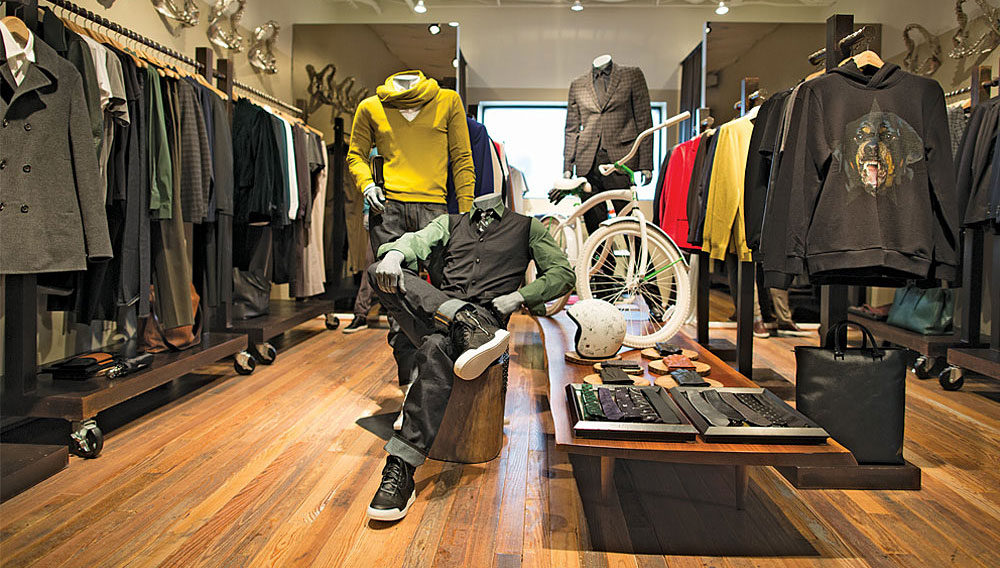 Dallas residents and visitors seeking a distinctive shopping destination for a variety of items—from clothing, jewelry, and accessories to home decor and fragrances—can find it at Forty Five Ten (www.fortyfiveten.com), an 8,000-square-foot boutique on McKinney Avenue. Founded by Brian Bolke in 2000, the store caters to a Dallas audience that Bolke says is enamored with contemporary art. Because of that, the 44-year-old proprietor is mindful of the individual items for sale on his shelves and never commits fully to styles that he believes won’t last. “That type of client has a very discerning eye when they’re buying something for their home or for themselves,” he says. “And that’s what we think about when we buy things; not what’s the most trendy that season, but what’s very meaningful and has the greatest longevity to it. Whether it’s a coat or a sculpture or even a fragrance, we want someone to look back at that purchase three or four years from now and still be glad that they made it.”

Bolke has worked in retail for his entire career and previously owned a floral business in the city—an industry that he says shares a lot of similarities with the type of boutique that he now owns (and is gradually expanding). “It’s a very personal reflection of who they are,” Bolke says of flowers and the people who buy them, “and whether it’s clothes or a candle or a book, it’s the same thing, it’s just tied into a different genre.”