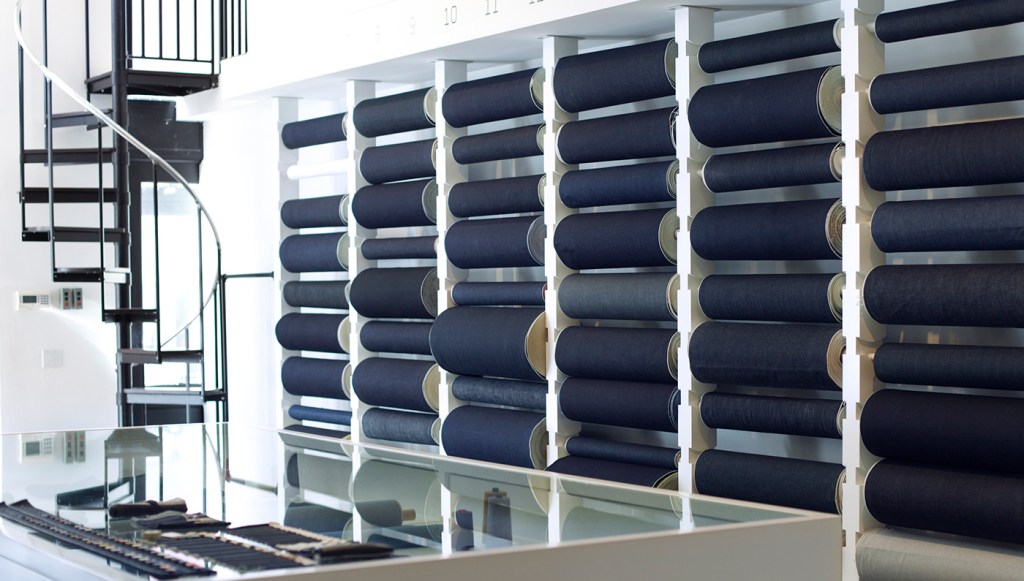 When blue jeans were invented in the 1870s by the Bavarian-born American Levi Strauss, denim was weaved and manufactured using cast-iron shuttle looms, a hefty piece of equipment that continued to be used until the mid-20th century. “When denim started to get really popular in the ’50s and ’60s and moved beyond the workwear aesthetic, you saw people like James Dean and Marlon Brando—and young Hollywood especially—embrace it as a fashion item,” explains denim doyen Scott Morrison, the founder and owner of the revolutionary denim brand 3×1. “Sales went through the roof. More and more brands entered into the space, and more and more product needed to be produced.”

In the years that followed, new weaving technologies were introduced to meet the high demand—from the rapier loom to the more recent air-jet and water-jet looms. But, while the American denim market was fixated on mass production, the approach abroad was quiet different. “The Japanese throughout the same period of time—from the 1950s, ’60s, ’70s—really stuck to the way that it had been done prior,” says Morrison. “And in the late ’80s, when there was this resurgence of denim and it became really relevant in a more elevated way, we found that the American denim mills were too focused on the lower end of the market, and the Japanese mills had maintained that same level of quality and integrity to their product offerings.”

The resulting higher-quality denim from old-fashioned shuttle looms is detectable not by touch, (contrary to common belief, as all denim can be made soft or hard with starch), but by the raw denim’s longer width and selvedge, or uncut yarn at either end of the fabric. “That selvedge ID is something that can’t be faked,” says Morrison. “What you get is a slower, more open weave, which is unique. The Japanese really understand the subtleties of yarn character, and they happen to be particularly good at indigo dying.”

Today, Japan’s now-antiquated looms are producing the world’s most expensive denim, and luxury-apparel brands are utilizing the high-quality product in modern designs, including Morrison’s 3×1. The 5-year-old bespoke-denim store in Manhattan—a favorite of such pro athletes as LeBron James and Victor Cruz—features a denim wall of 70 to 80 rolls of raw-selvedge denim, of which approximately 85 percent are Japanese. Clients can choose between ready-to-wear styles (from about $295), customized ready-to-wear jeans (from $625), and bespoke jeans (starting at $1,500) in a variety of denims, including Japanese. All of 3×1’s custom and bespoke garments are crafted in house at the 22-person, glass-enclosed atelier in the center of the store.