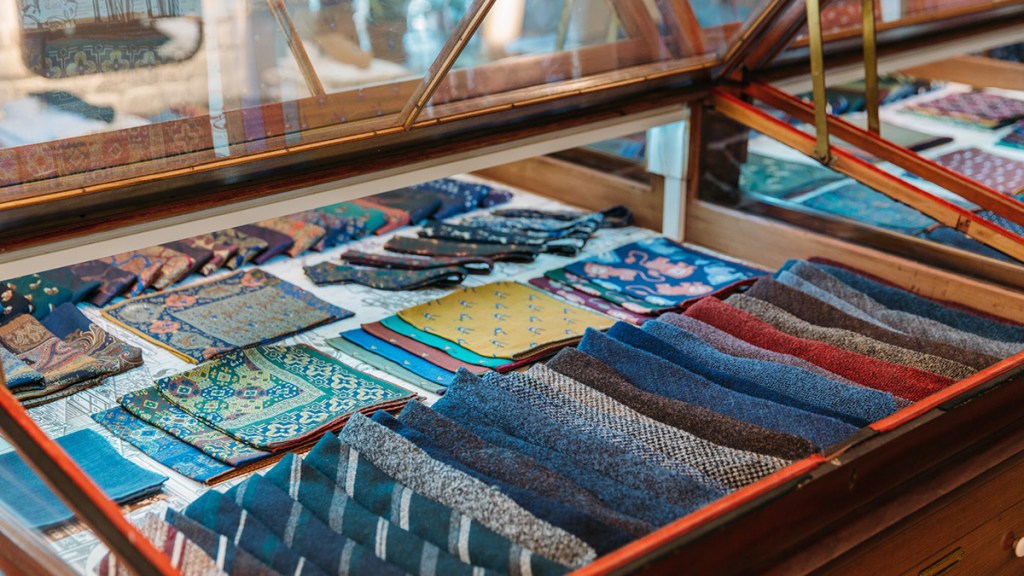 The 1,000 square foot space in SoHo effectively doubles—if not triples—the size of past pop-ups, making it the most complete showcase of the brand’s wares this side of the Atlantic. The centerpiece of the showroom is a set of antique display cases once housed in London’s Museum of Natural History, now used to display the brand’s latest handmade ties, scarves, and pocket squares.

Drake’s creative director Michael Hill was heavily involved in the design of the new space, and the continuity between product and environment is spot-on. A row of fall linen overshirts lining the back wall is accented by a soft shade of mocha the Michael first spotted in a kitchen while on a buying trip in Italy.

According to the Drake’s New York team, the brand’s expansion is anything but over. There’s talk of shorts and other casualwear working its way into the brand’s catalogue, as well as an expansion of their made-to-measure program (a service which can be accessed via the SoHo boutique).

“We have a strong history of selling to markets worldwide, and our e-commerce business has increased our ability to do so in recent years. That being said, global expansion has never been something we’ve actively chased. We have always grown organically, and it’s no different with retail. If the opportunity comes up and it feels right, then hopefully we’re nimble enough to take our chances.” states creative director Michael Hill. Details aren’t able to be disclosed at this time, but we’ve also been told that we can anticipate at least one more store opening stateside, and one or more international locations to come in 2018.