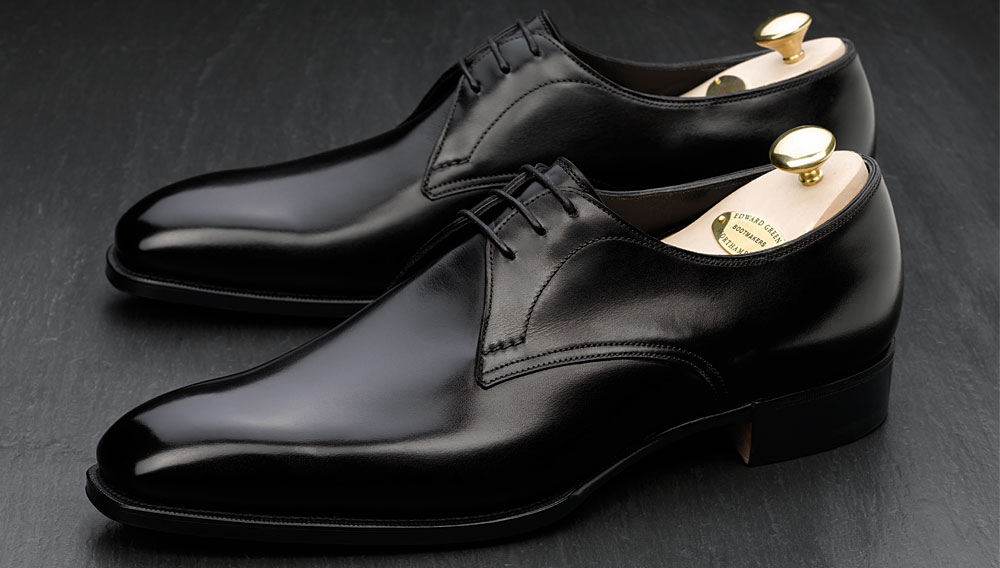 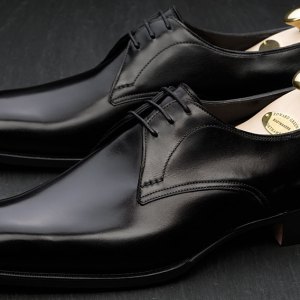 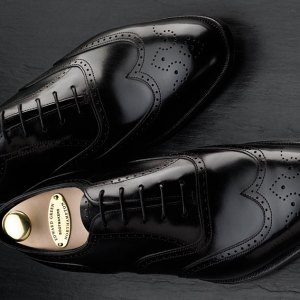 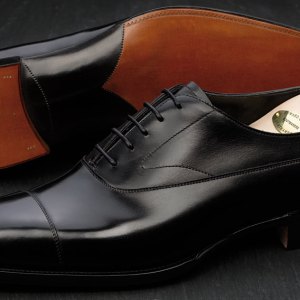 Edward Green fashions its sleek, stylish footwear in Northampton, the heartland of English shoemaking, on lasts first developed more than a century ago. Considered one of the finest machine-made shoes in the world, the company’s footwear is distinctive for its shapely appearance, delicate detailing, and diversity of last models that allow them to fit most any foot. The brand’s Top Drawer line, first introduced in 1993 and revived in 2008 after a short stint in the world of bespoke, is a made-to-order collection incorporating much more extensive handwork than the regular ready-made line and features a close, tight beveled waist sole construction with the option of having your own initials monogrammed in tiny steel pinheads. Apart from the sexy, streamlined profile of these shoes, Edward Green is perhaps best known for its handworked finishes, which are applied in several stages and can sometimes take as long as an hour for a single pair of shoes. It also has one of the most in-depth offerings of footwear styles, including derbies, monk straps, wingtips, oxfords and loafers, among others, cut from calf and genuine cordovan as well as rare exotics like stingray, elephant ear, and bullfrog.

Founded in 1890 by Edward Green, the company was sold in 1981 by Green’s nephew to an American, Marley Hodgson, who drove the firm to bankruptcy within a year. It was bought for a single British pound by another bespoke shoemaker, John Hlustik, an expert at finishing who is often credited with making brown shoes acceptable to British gentlemen. Upon Hlustik’s unexpected death in 2000, the company was willed to his partner, Hilary Freeman, who continues to elevate the quality of the footwear and strengthen the brand name throughout the world.