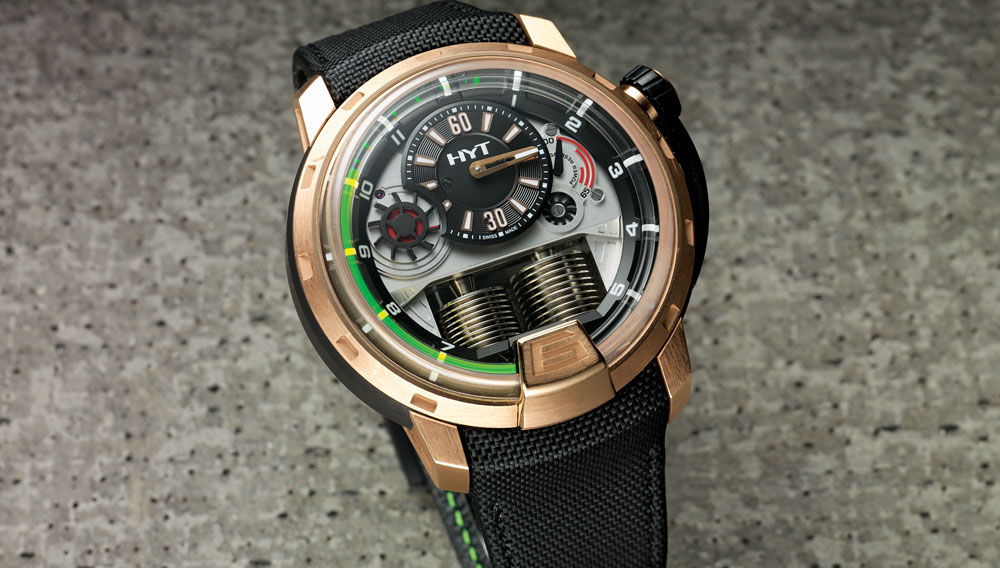 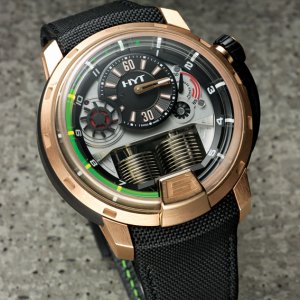 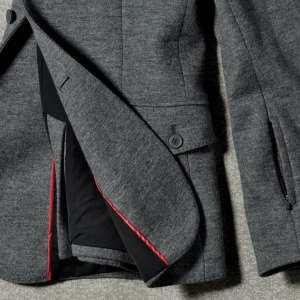 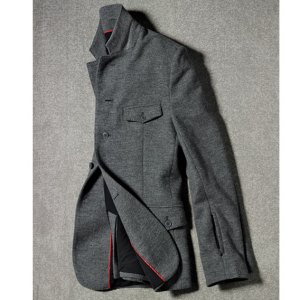 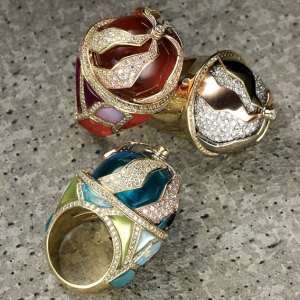 Defying mechanical convention is a point of pride among Switzerland’s boutique watchmakers, and in this spirit, newcomer HYT is staking out the field of liquid mechanics as its métier. The company’s premier timepiece, the H1 ($59,000 in black diamond-like carbon with pink gold), is striking both in its appearance and in its timekeeping technique: It marks the hours with a display of colored liquid. A relatively conventional movement powers a unique bellows system that drives the fluid around the dial. In the future, this unusual technology may be applied to other aspects of watch design, but for now the innovative display offers a glimpse of the imaginative concepts emerging from watchmaking’s new school. HYT, +41.32.323.2770, www.hytwatches.com —James D. Malcolmson

For a decade, Massif has supplied high-performance clothing to the United States military, as well as to emergency-response professionals around the world. Now the Oregon-based company is applying its combat-grade expertise to the Massif Collection—a line of tailored men’s clothing that made its debut in Bloomingdale’s stores this fall. Each piece is designed for maximum freedom of movement, with moisture management and antimicrobial properties. Jackets and blazers are lined with a proprietary fabric blend that wicks sweat and minimizes odor. “There’s nothing extraneous—no bells and whistles to junk it up,” says Massif vice president Scott Branscum. Made from Italian wool woven with elastane for stretch, this plush Officer Coat ($1,095) features gusseted underarm seams and canted sleeves for a slim fit that readies the wearer for action of any kind. Massif, 541.488.0801, www.massif.com —Christina Garofalo

Kara Ross’s playfully globular new rings are the designer’s interpretation of Pangaea, the supercontinent that began to separate 200 million years ago to form the continental landmasses we know today. Each of the cleverly engineered rings features a large, rounded center framed by movable gold puzzle pieces that represent the seven continents. The jewels in these three versions (clockwise from top) include a fire opal sphere, citrine, and rubellite ($34,190); a gold orb and pavé diamonds ($30,190); and a blue topaz cabochon, opal, and peridot ($34,190). Ross will create only three signed and numbered examples of each of her earth-shattering Pangaea ring designs, more of which are in the offing. Kara Ross, 212.223.7272, www.kararossny.com —Jill Newman