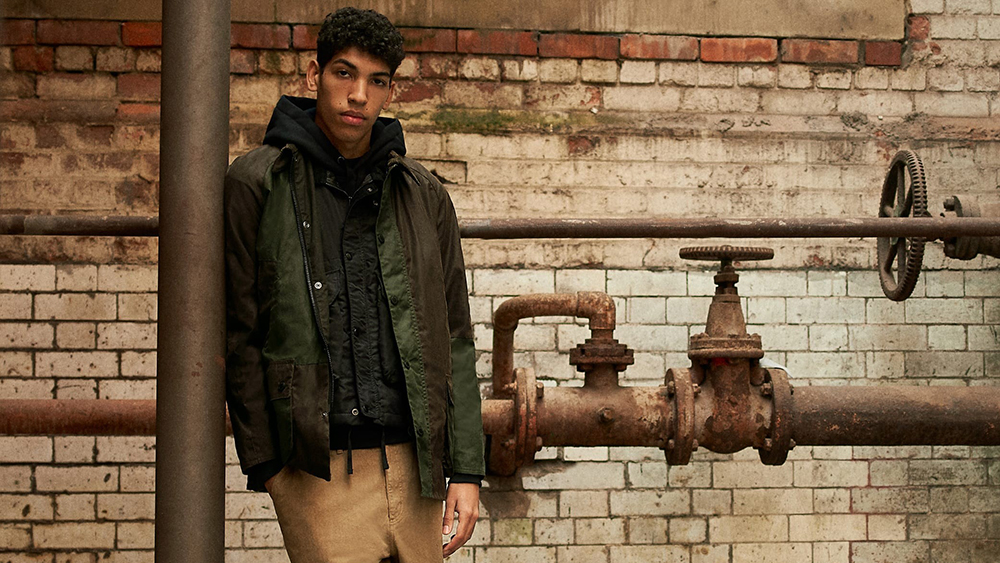 If it ain’t broke, don’t fix it—or so the saying goes. But sometimes even the most reliable things can use a refresh, which is exactly how British retailer End Clothing. approached its new collaboration with stalwart outerwear institution Barbour. Two of the brand’s most iconic designs, the Ashby jacket and the Baffle fishing vest, were intelligently reengineered with color-blocked, patchwork shells that maintain all the functionality of the originals with an updated streetwear sensibility.

Constructed from a combination of sturdy waxed cotton and corduroy, the water-resistant Ashby is heavily influenced by the brand’s Scottish heritage. End’s $395 version takes the classic style and crafts it with a grid-like pattern that feels contemporary without skimping on useful details, like a storm zip cover and insulated pockets.

No less pragmatic, one could imagine the diamond-quilted Baffle vest worn while wading in a stream—or just as easily tossed over a suit jacket on chilly afternoons. The $335 garment’s practical pockets make keeping the trinity of essentials––phone, keys, wallet––handier than ever.

This utilitarian duo is just the latest of End’s collaborations: the menswear purveyor having shown a knack for picking unusual partners that somehow hit the nail on the head. Off-White and Rick Owens DRKSHDW are two of Barbour’s most recent predecessors in this camp. End maintains a healthy e-commerce business with top brands sourced from around the world and three brick-and-mortar stores dotted across the U.K.

Despite many gloomy reports from brands across the globe recently, Barbour started this year strong celebrating its 125th anniversary with robust financial reports. Overall sales climbed by over $22 million with operating profit increasing by an impressive $7 million. Though numbers for this fiscal year have yet to be revealed, it’s hard to imagine that the work the brand has done to reach out to a new generation of consumers will hurt its upward trajectory.

Check out both designs (rendered in versatile navy and olive colorways) when they drop on End’s website on November 23rd.