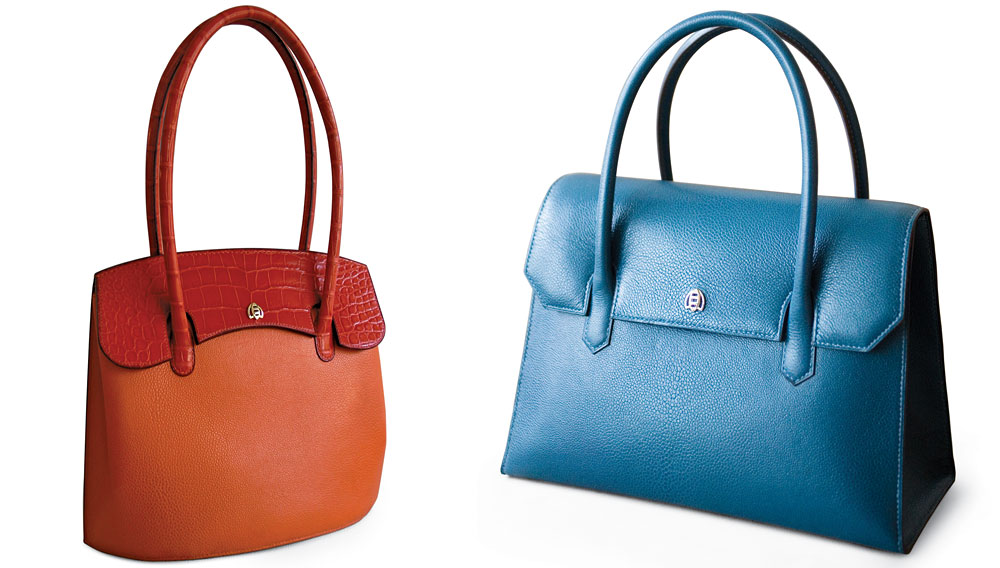 When Thierry Hermès established his namesake company in 1837, he offered European noblemen wrought harnesses and carriage bridles. When his son took over the firm decades later, he introduced a new component to the business—leather saddles. By the time the brand had reached its third generation, Hermès craftsmen were creating bespoke handbags and other leather goods for members of the aristocracy. In those days, a custom-made Hermès handbag was common—though limited only to the most discerning and the wealthiest clientele, of course. These days, commissioning a truly custom, one-of-a-kind Hermès bag is all but unheard of. However, there still is a way you can acquire a bespoke leather handbag complete with all the details for which Hermès is known. To get it, you’ll likely have to travel . . . but not to Paris. Instead, your quest will take you to an ethnic neighborhood in San Francisco, where you’ll meet Beatrice “Bea” Amblard.

As a ninth grader in France in 1981, Amblard switched to a professional school to learn the craft of leatherwork. By 18, she was one of 250 leather artisans working at Hermès. “When I walked in the workshop for the first time, I said to myself, ‘that’s it; that’s what I want to do,’” Amblard recalls. “That was 30 years ago, and I love it more now than I did then.”

At 21, Amblard stopped working for the Parisian brand and moved to Los Angeles, where she spent the next six months learning English. Once she was fluent, Hermès rehired her to head up the company’s repairs department in San Francisco. Amblard was only the second Hermès employee to work in the United States, and so it followed that she spent the next decade working on some of the firm’s most recognizable pieces. Soon, many clients were making requests for custom work, but according to Amblard, such a job conflicted with Hermès’ current company policy. To capitalize on the opportunity, Amblard resigned and went into business for herself, opening April in Paris (www.aprilinparis.us) on Clement Street in 2000. In doing so, she became the first and only Hermès artisan to design bags under an independent brand.

Today Amblard’s shelves usually contain a few ready-made handbags for purchase, but the majority of her business is custom orders. “I have something other brands don’t,” she says. “I can do anything. People want something that’s going to make them feel good, and they walk into my store, talk to me, and have something that’s made just for them. It changes people’s perspectives.”

Made primarily from a variety of French leathers, such as calf, stingray, and alligator, every April in Paris handbag is crafted by hand, from the creation of the patterns to the cutting, stitching, and finally a nine-step finishing process where the leather is sanded, dyed, waxed, and polished. “The beauty of having something handmade is that we can keep this century-old tradition going,” she says. “It’s disappearing so quickly.”

An average bag costs about $2,500 and requires about 40 hours to complete. It also comes with Amblard’s personal touch: an 18-karat gold bee decal. Prospective customers should prepare for at least a four-month wait time, but their patience will be rewarded. According to Amblard, not only is each saddle-stitched bag tailored to the customer’s needs, it’s also guaranteed to be one-of-a-kind. “I never make the same bag twice,” she says.